Apache Bookkeeper is a storage system developed by Yahoo to provide minimum delay, consistency, and durability guarantee. A bookkeeper is a minimum delay, fault tolerant, and scalable service that is optimized for real-time environment workload. It is an enterprise-grade storage system. A BookKeeper is combined with Apache Zookeeper as a subproject since 2011, and in 2015, it became a top-level project. To support different use cases and to store and serve mission critical-data bookkeeper has been adopted by many of the enterprises such that Salesforce, Yahoo, and Twitter. 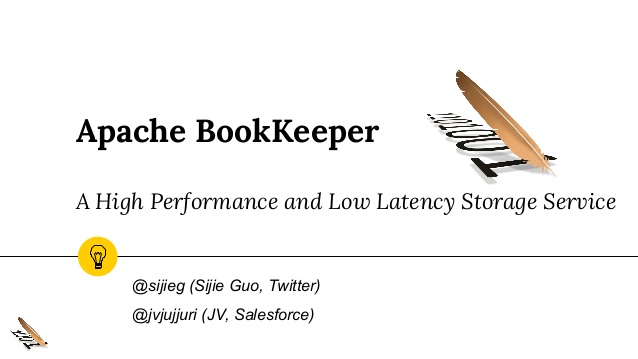 The Bookkeeper was designed to fulfill the following requirements of enterprise-grade and real-time storage platform.

1) Read and write a series of entries with minimum delay.

2) Data that will be store should be consistent, fault tolerant, and durable.

3) It should provide the ability to tail to propagate data written as before.

4) Efficiently store and provide access to data (historical and real-time).

For several use cases, it is deployed widely, such as:

Bookkeeper provides secure storage of a series of log entries records in sequence call ledgers. Bookkeeper task is to replicate stored entries across more than one server.

Entry is our user data with some Metadata that is written to a ledger. Entries are the sequence of bytes that are written into a ledger. An entry has the following fields-

Ledger is the sequence of entries. Entries are written to a ledger either sequentially or at most open.

Note: – Ledgers have append-only semantics. If an entry writes to the ledger, it can’t be modified.

A bookie is an individual Bookkeeper server that manages the ledgers. A bookie store fragments of a ledger, not entire ledger. An entry will be written into a subgroup of bookies rather than all of the bookies when entries write to a ledger.

Bookkeeper requires a storage service of metadata to store ledgers and available bookies. For this purpose, Bookkeeper uses Zookeeper.

The entry will go through the following steps to be persisted on disk when a user instructs a bookie to write an entry to a ledger.

Note: – Compaction is disabled if the value of threshold and interval is less than or equal to zero.

By downloading a Gzipped tarball package or cloning the bookkeeper repository, you can install the Bookkeeper.

There are the following requirements for bookkeeper installation:-

There are many Apache mirrors from which you can download Apache bookkeeper. We suggest http://mirrors.estointernet.in/apache/bookkeeper/mirror site to download.

An example of the apache.claz.org mirror is as follows:

With the help of Git Hub mirror and Apache repository, you can clone the repository. We suggest the

To build it locally, we use Maven. Maven used when you downloaded or clone Bookkeeper.

Bookkeeper 4.8.0 introduce table service so if you want to build table service, with the help of stream profile you can build it.

When an mvn package is running, it warns you to perform the test, but you can skip tests by adding the -DskipTest c flag when running mvn package.

There are lots of useful Maven commands which are as follows.

A bookkeeper project has several subfolders which are as follows:-

The localbookie command of the bookkeeper CLI tool is used to run an ensemble of bookies locally on a single machine and specifying the no of bookies you’d to include an ensemble.

Start up an ensemble with ten bookies would

All bookies are run in a single JVM process when you start up an ensemble using localbookie.

To setup zookeeper cluster we recommend you to follow this link.

You can start up as many bookies as you’d like to form a cluster if your Zookeeper cluster is up and running.You need to modify the bookie’s configuration to make sure that it points to the right Zookeeper cluster before starting up each bookie. You need to download the Bookkeeper package as a tarball on each bookie host. You need to configure the bookie by setting values in the bookkeeper server/conf/bk_server.conf configure file if you have done the previous task. You will need to change the zkServers parameter that will set to the Zookeeper connection string for your cluster.

Note: –   Number of bookies you should run in a bookkeeper cluster is entirely depends on the quorum mode that is mainly chosen by you, throughput and number of clients who are using cluster simultaneously.

If the number of bookies is increased, higher throughput will also enable.

Set up of cluster Metadata

After setup a cluster of bookies, it is necessary to setup cluster Metadata or cluster with the help of the following command.

The meta format command is used to perform all the necessary metadata task of Zookeeper cluster. It requires to run only once from any no of bookies in the bookkeeper. If formatting is complete, your bookkeeper cluster is ready to go.

For guaranteeing persistent storage of entries in an ensemble of the bookie, bookkeeper uses a special replication protocol.

We assume that you have knowledge of leader election and log replication and in distributed system how they used. 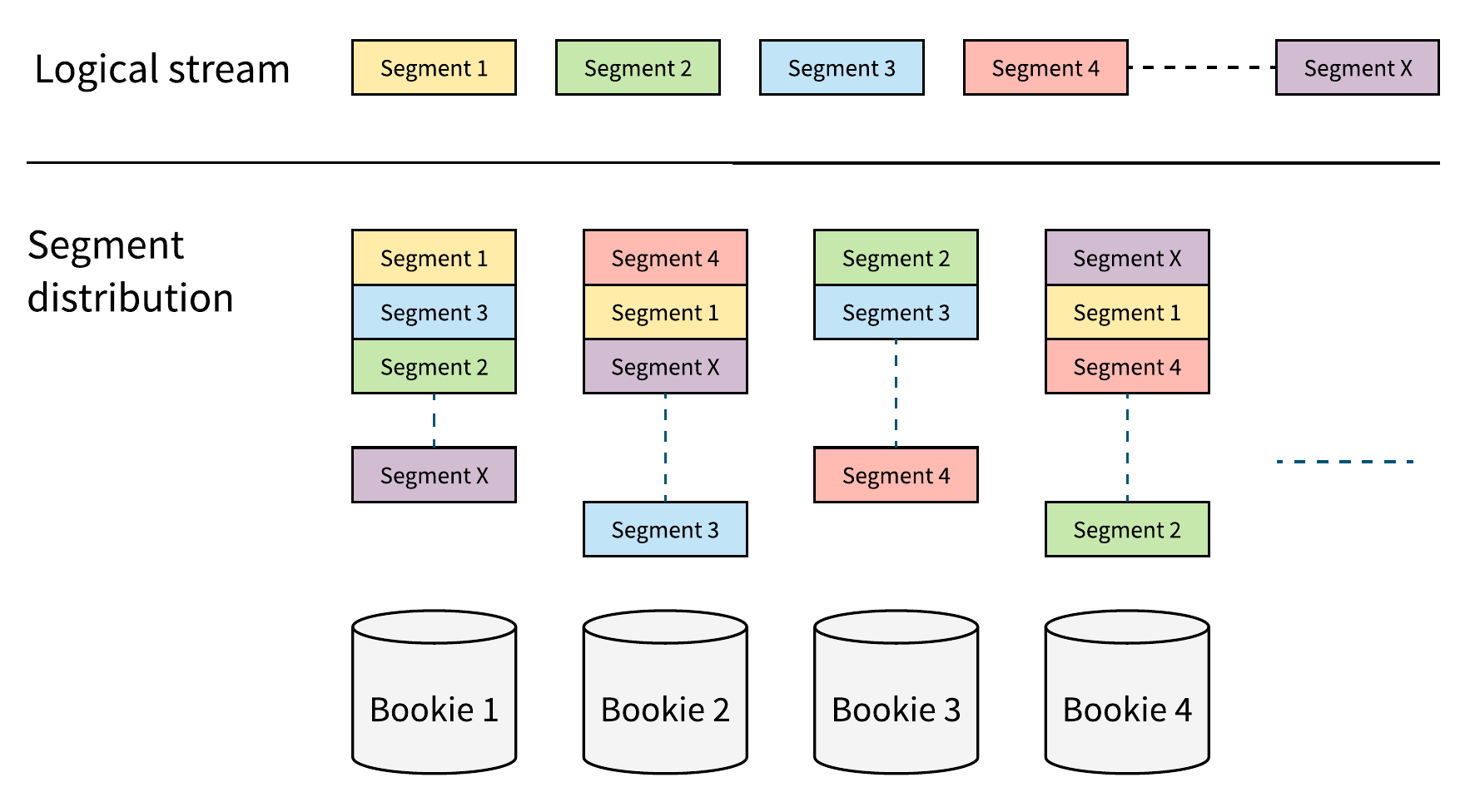 Conclusion: – Bookkeeper provides distributed logs which are known as ledgers. It is a combination of bookkeeper client +bookies. In a summarized way client API can be defined as

The bookkeeper is an efficient and reliable storage system that provides a minimum delay, consistency, and durability. A bookkeeper is a service that optimized for real-time environment workload.