What is Apache Impala?

Apache Impala is a massively parallel processing query engine that executes on Hadoop platform. It is an open source software, which was developed on the basis of Google’s Dremel paper. 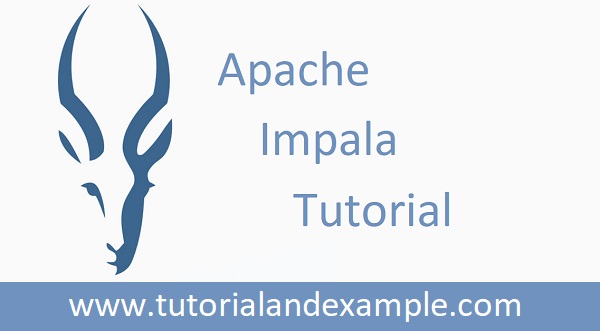 It is an interactive SQL like query engine that runs on top of Hadoop Distributed File System (HDFS). Moreover, Impala is used as a scalable parallel database technology provided to Hadoop, which enables the users to issue low-latency SQL queries to the data stored in HDFS and Apache HBase without requiring data movement or transformation.

Impala integrates with the Apache Hive metastore database to share database table information between both the components.  Analysts and Data Scientists perform analytical operations on data stored in Hadoop and advertises it via SQL  tools. It helps to provide large-scale data processing (via MapReduce), and interactive queries. Furthermore, it can be processed on the same system using the same data and metadata, which helps to eliminate the need to shift data sets into specialized systems.

Components of the Impala Server

Impala is a massively parallel processing query engine that lies on top of cluster systems like Apache Hadoop.  It involves different daemon processes that run on a specific host within your CDH cluster, which are given as follows:

Daemon is defined as a core part of Impala that runs on each node of the cluster, called as Impala daemon. The main task of the daemon is to read and write into the data files. Moreover, it accepts queries that transmitted from any connection requests from Data Analytic tools with JDBC, or ODBC connections.

The statestore task is to check the Impala daemon presence on all the nodes of the cluster. A daemon process called statestored physically represents it. Only one node in the cluster needs to have this process. Daemons are in continuous interaction with the Statestore, to check about which nodes are healthy and accept new work for processing. If an impalad daemon is not working because of any reasons, then statestore is responsible for informing all the other Impalad daemons that are running in the cluster. The cluster becomes less robust when impala daemon fails in a node and statestore is offline. When statestored comes online, it re-establishes communication with other nodes and resumes monitoring.

Impala gives interactive query results through the command line interface, which also supports DML and DDL operations. With the help of catalog daemon, any change in Impala, effects in Hive Metastore immediately.

But if any change occurs in hive Metastore or HDFS file system, there should be executed a manual command, i.e.,” invalidate metadata.”

The basic command syntax is as follows:

It supports all the numeric, character, and date data types, such as:

Following are some important features of Impala:

So, concerning this, it uses Kerberos authentication.

Security plays a vital role in preventing your data from being misused and stolen by any unauthorized party. So, We have to identify the authority of users and check whether it has permission to read and write the files or not.

The Security Features of Impala is as follows:

For Authorization, Impala uses the OS user ID of the users which is responsible for running impala-shell or another client program and also accomplishes various privileges with each user at the time of enabling authorization.

Impala relies on the Kerberos subsystem for authentication purposes.

Its work is to collect the audit data to track down any suspicious activity or illegal operations. This feature provides a way to look back and diagnose.

There are several advantages of Impala which are given as follows:-

There are also some disadvantages of Impala which are as follows: