Aurelia is a modular client-side JavaScript framework developed by Rob Eisenberg under the ECMAScript 6. It is widely popular because of its simplicity and the use of futuristic tools like ES2016. This front-end framework is used for building browser, mobile, and desktop applications built on open web standards. Aurelia adopts the per-module approach to its architecture rather than being a comprehensive framework. Any piece of Aurelia is replaceable with a third-party dependency (or removed altogether). 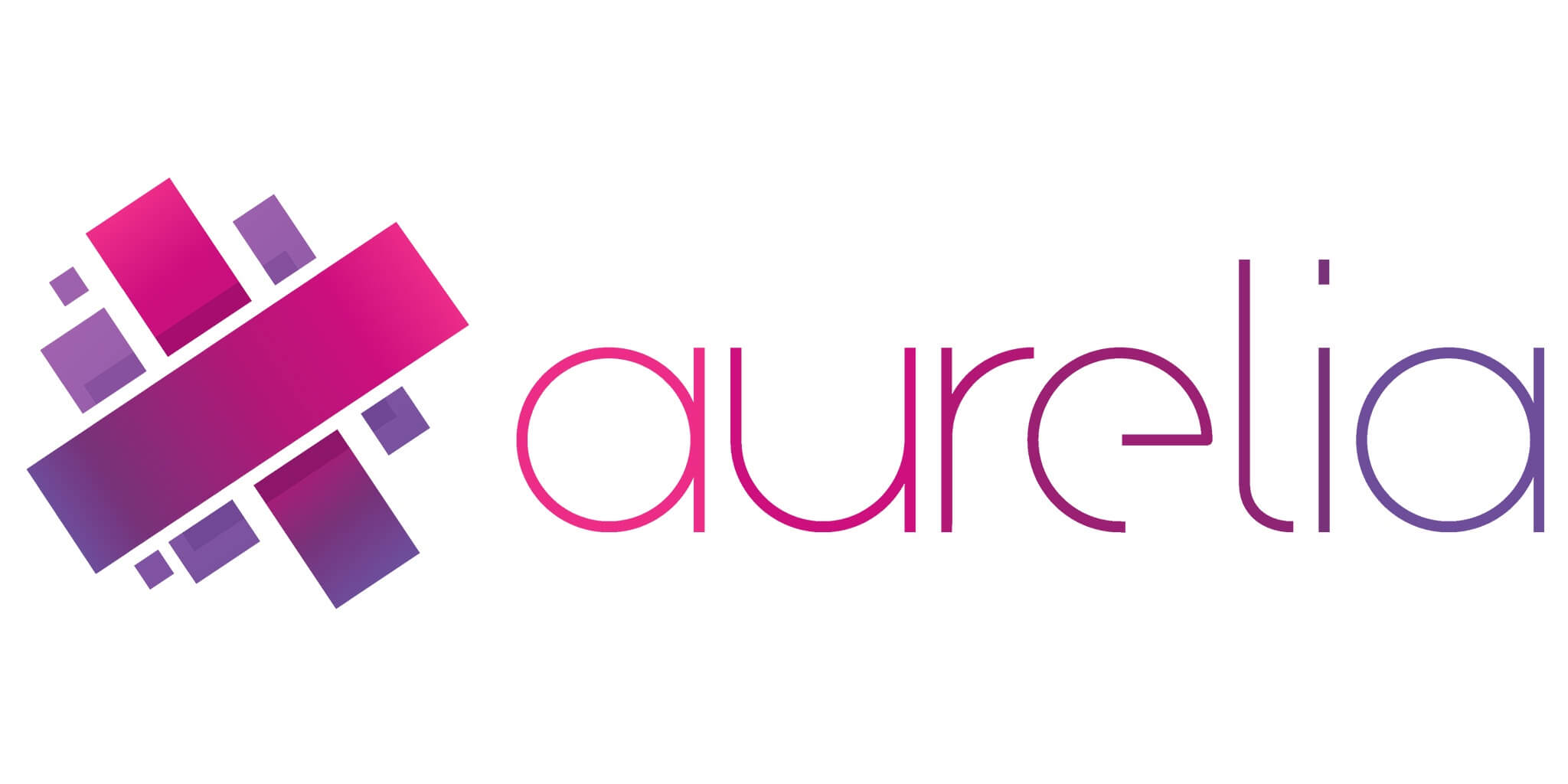 Unlike other existing web frameworks, Aurelia’s primary philosophy is to stand by official web standards and DOM API’s, and this ensures better bare-metal performance as it sits closer to native API’s and provides minimal abstraction. Aurelia’s component model is based on HTML Templates, W3C Web Components, and ShadowDOM. Thus, enabling the code mirrors to a real web standard.

Although Aurelia is a fully-featured single page web application framework, the performance learning curve is lower than existing competitive frameworks like Ember and Angular. Its templating syntax is inherent and shares numerous similarities with previous frameworks and libraries one might have worked with. A developer or company will opt Aurelia over other solutions because of the standards provided by Aurelia and also the feature of writing abstract framework-specific boilerplate code, supporting core capabilities like dependency injection, templating, routing and pub/sub, such that the developer doesn’t have to fix together a bunch of libraries in order to build an application. 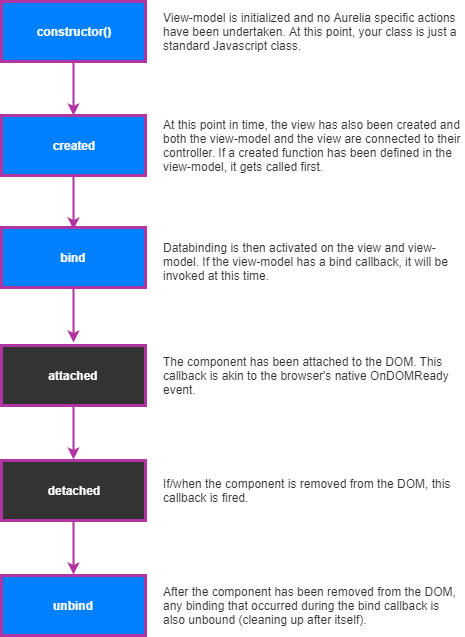 This image is only for reference.

The lifecycle methods are useful to have higher control over Aurelia’s component. It triggers some functionality at a certain point of component lifecycle.

Before downloading Aurelia package, let’s create a folder on the desktop where the app will be placed.

For installing the web server from command prompt window, use the following command:

To start the web server, you need to run the given below code in command prompt.

If you are using default configuration in Aurelia, standard plugins will be automatically available.

These are a set of plugins that aren’t distributed as a part of the default configuration but are used frequently. Each of the following plugins needs to be installed through jspm as well as plugged into Aurelia via the aurelia.use.plugin(…) API.

The Aurelia Core Team officially maintains all plugins explained above.