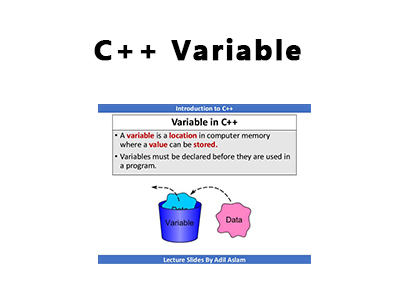 C++ variable are used to store data in memory location. The value stored in variable may be changed depends on program execution. Each variable in programming language has its own specific types. These specific data types determine the size and layout of the variable’s memory.

What to Avoid While C++ Variable Declaration