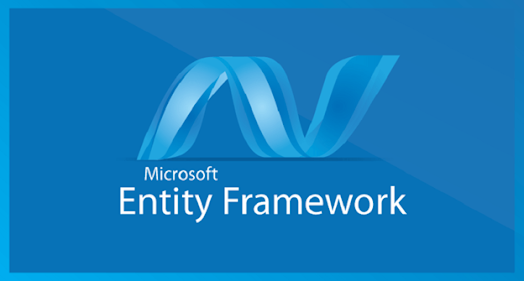 Entity framework is an Object Relational Mapping (ORM) framework. It offers developers an automated mechanism for storing and accessing the data from the database.

It was first released in 2008. Entity framework was developed by Microsoft for interacting between .NET applications and relational databases.

What is Entity Framework?

Entity Framework is an Object Relational Mapper (ORM). It is a type of tool that is used for mapping between objects in software and the columns of the relational database.

Entity Framework is an open-source ORM framework; it is basically designed for ADO.NET. ADO.NET is part of the .NET Framework.

The main task of ORM is creating connections for the database, executing commands and taking query results. ORM automatically generates the result for application objects. ORM also track changes in object and can also undo the changes in the database as and when required.

ORM is specially designed for increasing the productivity of developers by reducing the redundancy in the task of the complete data which is used in the application.

Entity Framework can also generate database command which is used for reading and writing data into the database.

Entity Framework executes the data in the database and then combines results in domain objects which work within the application.

There are many ORMs in the market like NHibernate and LLBLGen Pro.

ORMs can map the domain directly to the database schema. Entity Framework has more small mapping layers. Mapping can be done into a single entity to multiple database tables or multiple entities to a single table.

History and Versions of Entity Framework

The architecture of Entity Framework

The architecture of the Entity Framework consists of the following things:

The data provider is source specific. The ADO.NET interface is connected to the database when programming is done against the conceptual schema. It can translate SQL language such as LINQ to native SQL and execute it to a specific DBMS system.

Entity client provides developer to work in the form of rows and columns using SQL queries without generating classes to represent a conceptual schema. These layers are called as Entity Data Model. The entire database schema in XML format is contained in Storage Layer. Entity Layer is an XML file that defines the entities and their relationships. The Mapping layer is an XML file which is used for mapping the entities and relationships that is defined at the conceptual layer.

In this layer, the object context represents a session of interaction between the applications and the data source. Object Context can perform different operations like add, delete and can save the changes back to the database with the help of queries. OMR layer represents the data result. Object service helps the developer to use rich ORM features like primary key mapping, change tracking, etc.