What is Eulerian graph?

Eulerian graph or Euler’s graph is a graph in which we draw the path between every vertices without retracing the path. These are undirected graphs. These were first explained by Leonhard Euler while solving the famous Seven Bridges of Konigsberg problem in 1736. 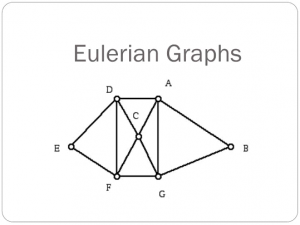 Euler’s Path: Euler’s path is path in the graph that contains each edge exactly once and each vertex at least once .

Semi-eulerian: If in an undirected graph consists of Euler walk (which means each edge is visited exactly once) then the graph is known as traversable or Semi-eulerian.

Sub-Eulerian Graphs: A graph G is called as sub-Eulerian if it is a spanning subgraph of some Eulerian graphs.

2. Special cases: The formula for Eularian circuits in complete graph is: 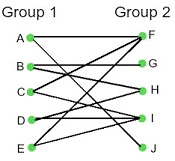 Examples of bipartite graph are: