Kivy is written in Python language, so before using Kivy, you need an existing installation of Python. One can install various versions of Python, side by side, but Kivy is required to be installed in each Python version before using it.

The latest stable version can be downloaded from the official website: https://kivy.org 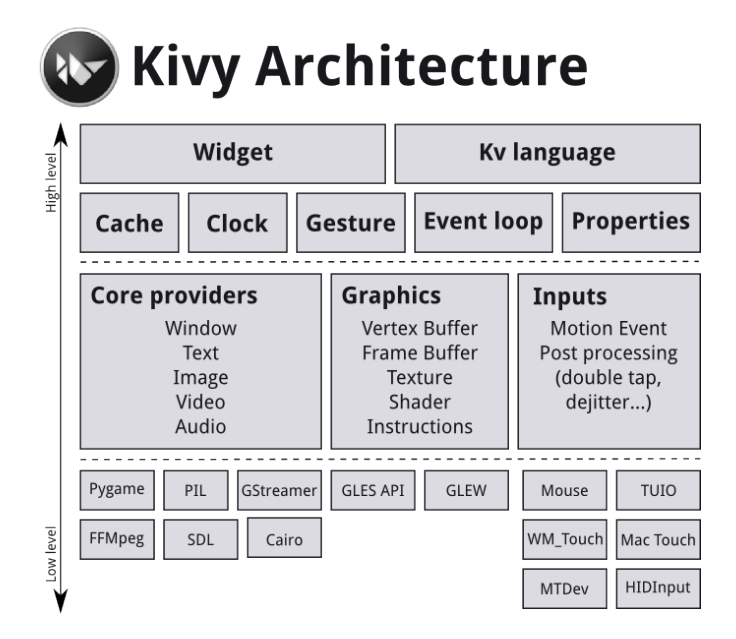 Kivy uses abstraction for its basic tasks, called Core tasks, and this includes opening a window, displaying images and text, playing audio, spelling correction, getting images from a camera, etc. These core tasks depend on the hardware and operating system, so there is different and specific APIs for different operating systems. So core providers are the piece of code that act as an intermediate communication layer between a specific operating system and the Kivy framework.

As the core providers provide functionality for core functions, input provider provides the facility for input handling. The input provider adds support for input devices such as Apple’s trackpads, TUIO, etc. and someone wants to add support for a new input device, then simply a new class is required that can read input from that device and transform them into Kivy’s basic events.

Clock:  The clock can be used to schedule timer events. It supports one-shot timers as well as periodic timers.

Cache:  This feature can be used to store anything that is used frequently.

Gesture Detection:  The gesture recognizer can be used to detect various kinds of strokes, such as circles or rectangles; even it can be trained to detect our own strokes.

Kivy Language:  The Kivy(KV) language is used to describe user interfaces in an easy and efficient manner.

Properties:  These property classes are different from Python properties, and these classes link the widget code with the user interface description.

The commonly used widgets and layout are contained in the UIX Module that can be used to create user interfaces quickly.

Widgets:  The widgets are the user interface elements that receive MotionEvents. Widgets can be added into the program to provide some functionality, such as buttons, sliders, lists, etc.

The modules can be used to provide some extra functionality to the program, just like some add-ons are added to customize the web browser. Modules are readymade and can be written our own.

All different types of input types and sources such as touches, mice, TUIO, etc. are represented by instances of the Touch() class. A 2D onscreen-position can be associated with any individual input event. A touch instance can be in one of the following three states:-

Down:  A touch is said to be down only once, at the moment where it first appears.

Move:  A Move happens whenever the 2D position of touch changes, and it can be in this state for a potentially unlimited time.

Up:  A touch goes up at most once, or never, because in practice, wealmostreceive an up event.

When an input is received, Kivy sends out one event per touch. Depending on the state of the touch(Down, Move, Up), the event is dispatched to the root widget, which in turn call the event handler to handle the touch event.

A small example to describe the touch event in Kivy framework:

Way to use Cython:

Some of them given below:

Downloading and Installation of Kivy Framework

Installation of Kivyframework on Window based system:

Step 1:  You should have latest pip and wheel:

Installation of Kivyframework on OS X

Kivy has something different that makes users think about this newcomer.

Some of these features can put a light on it:

Fresh: As Kivy says that it is made of today and tomorrow. It means kivy doesn’t carry past; even kivy doesn’t have something to carry on. Kivy is a new framework, and it doesn’t have legacy tools or system, in contrast, its other counterpart has. So it helps in exploring possibilities with its lightweight libraries.

Fast: Kivy implements many time-critical functionalities on the C level to leverage the power of existing compilers. And by using intelligent algorithms and GPU, it makes both application development, and application execution speeds up. As today GPU becoming more powerful, thus it increases performance considerably.

Flexible: Kivy can run on a variety of different devices. Kivy support all major operating systems, i.e., Windows, Linux, OS X, and also Kivy can run on Android-powered smartphones and tablets, and that proves Kivy’s flexibility. Kivy can adapt to new technologies quickly and can be used in combination with several different third-party solutions. To name a few, Kivy support Windows’ WM_TOUCH, Apple’s multi-touch capable devices such as trackpads and mice, can be used on OS X, and you can use HID kernel input events on Linux.

Focused: As Kivy is developed using the Python programming language, applications can be written with a few lines of code and having Python’s incredibly versatile and powerful features, and that makes Kivy more focused towards its goal. Even the Kivy community has developed its own Kivy language, which is used mainly to create sophisticated user interfaces. Kivy language allows in set up, connection and arranging of application elements more quickly.

Free: Kivy is developed under the community project, and its use is totally free, the user doesn’t have to pay a single penny for it.You can use Kivy commercially without paying anything to anyone, even you can sale your kivy based application and earn money, and there is no objection by Kivy community as itis free for all.

How to create an application with Kivy framework?

If you want to build an application with the Kivy framework, follow the steps given below:

Step 3:  Now instantiate this class, and call its run()method.

How to run the kivy application?

Let’s see the above example and follow some instructions according to different operating systems: 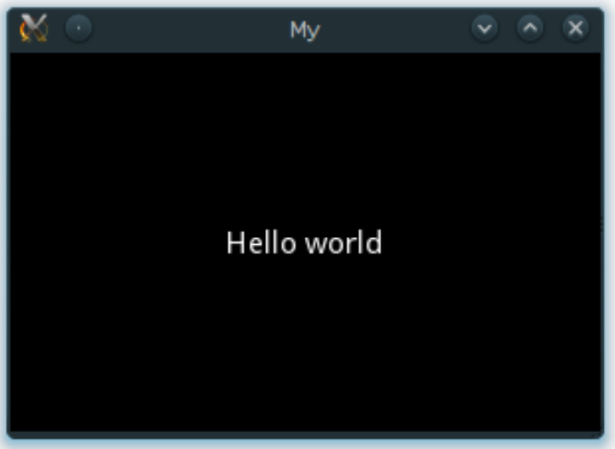 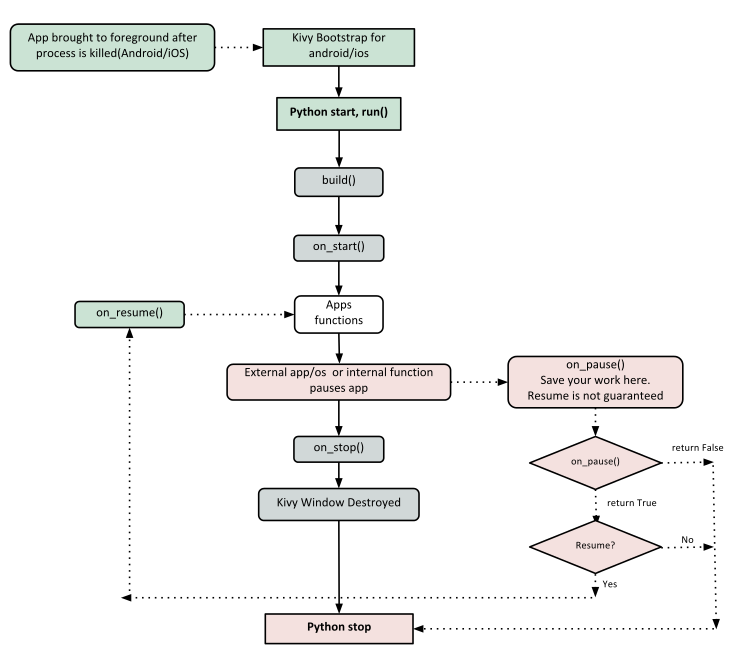 To run an application, the entry point is the run()method. We have created an app named “MyFirstApp.run().”

Now let’s start exploring our app line by line, and begins from line no.3:

It says that the base class of our app should inherit from the Appclass, and it is present in the kivy_installation_dir/kivy/app.py

Here, the uixmodule is the section that holds the user interface elements like layouts and widgets.

Here, we define the base class of our kivy application.

As per the Kivy app life cycle process, this is the function where we should initialize and return our Root Widget.

Here, we initialize a label with the text- ‘Hello kivy’ and return its instance, and this label will be the Root Widget of this app.

On the next lines:

This is the final point where the class MyFirstAppis initialized, and it’s run() method called, and starts our kivy application.