Support from vendors: TCP/IP receives support from many hardware and software vendors.

Interoperability: It can be installed and used on every platform.

Flexibility: An administrator can automatically assign an IP address to a host.

TCP/IP and the DoD Model

DoD stands for Department of Defense. It is a smaller version of the OSI reference model.

TCP/IP DoD model has four layers that are: 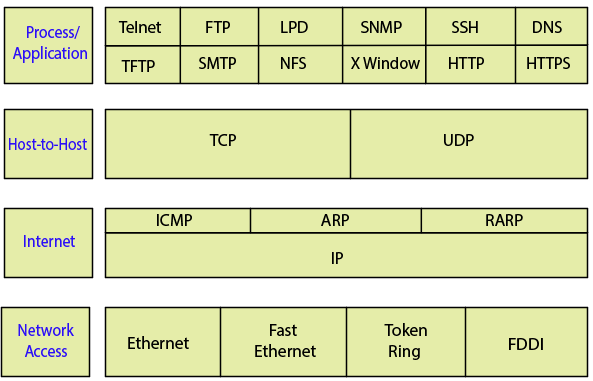 There are following protocols at this layer:

There are two types of FTP Servers

This protocol designed for printer sharing. It is basically created for Linux, and Unix Systems.

SNMP consists of 3 sub-components that are:

If you want to open Google, You directly type www.google.com instead of given Google’s IP address.

There are the following two protocols at this layer:

TCP header is minimum 20 bytes long. There are following fields in the TCP header:

It is 16-bit long port number of application on the source host.

It is also 16-bit long port number of the application on the destination host.

It is a 32-bit long field. TCP access a unique sequence number for each byte of data contained in the TCP segment.

It is also a 32-bit field. It contains a sequence number of data that the receiver expects to receive from the sender. Once a connection is established, the receiver always sends an acknowledgment.

It stores the total size of the TCP header in multiples of 4 bytes. It indicates where the data begins.

It contains 6 bits that reserve for future use.

There are following six flags in the TCP header –

PSH: The receiver should pass this data to the application as soon as possible.

It is a 16-bit field. It indicates the size of the receiver window. Window size changes dynamically during the transmission. It is also used in flow control to retransmit the lost packets.

It is a 16-bit long field used for the error control mechanism. The sender adds CRC checksum in the checksum field before sending the data.

It is a 16-bit field. Urgent pointer added to the sequence number to show the end of urgent data.

The size of the options field lies from 0 bytes to 40 bytes. 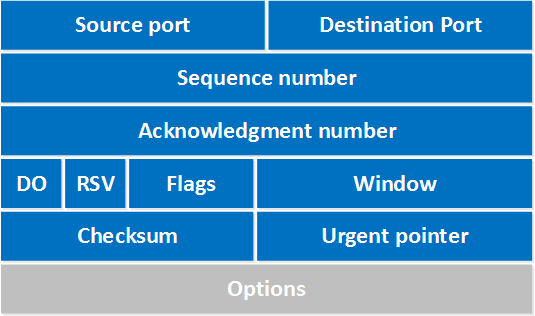 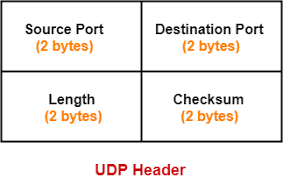 It is a 16 bits field that contains the port number of the application that sends the data.

It is a 16 bits field that contains the port number of the application that receives the data.

It is a 16 bits field that identifies the combination length of UDP header and encapsulated data.

It is a 16 bits field used for the error control mechanism. In UDP checksum calculation is not mandatory.

Difference between TCP and UDP –

There are following protocols at this layer:

Some common ICMP events and messages are:

If a router can’t send an IP datagram to any destination device, it uses ICMP to send a message back to the sender.

If a router’s memory buffer is full, it will use ICMP to send out this message until congestion is decreased.

Ping stands for Packet Internet Groper. It uses ICMP echo request and replies messages to check the physical and logical connectivity of machines over the network.

It stands for trace route. This command is used to see the exact path that the data packet is taking on its way to the destination.

It is a network protocol for mapping an IP address to a MAC address on a local area network.

Where the MAC address is a unique address of a device.

Currently, there are two versions of IP

There are the following terms used in this layer:

There are three types of Fast Ethernet – 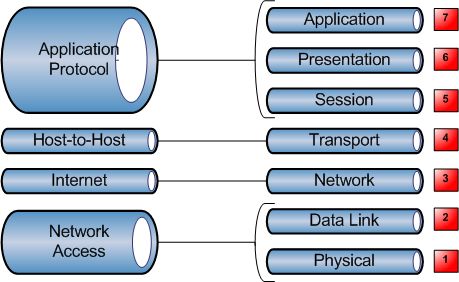