ASP.Net MVC is an open-source software provided by Microsoft. It is a web development framework that integrates the features of MVC (Model-View-Controller) architecture to the existing ASP.NET platform. 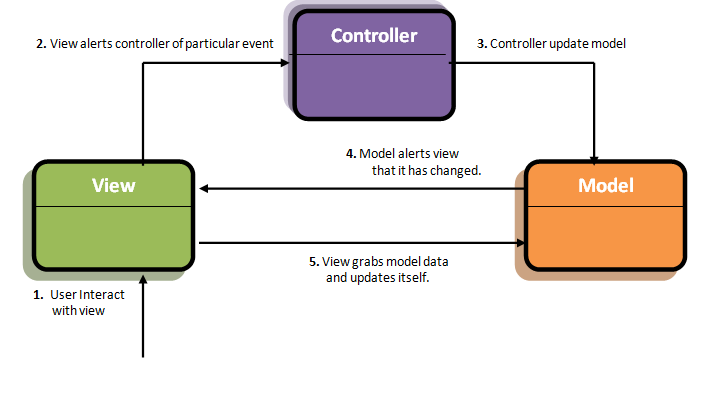 It has a component named View which is responsible for providing User Interface. The view communicates with the model and that model contains the data which is required by the view. Views do not have complex logic inside them. In a web application, a view might not have much code associated with it. It only has HTML that contains the information about where to take the piece of data from the model and put them at the correct places inside the HTML template that you have built in the view. The controller organizes everything. When an HTTP request arrives for an MVC application That request handled by the controller, and it's up to the controller to talk to either database or the file system. Microsoft provides the free version of Visual studio which contains SQL server also. You can download it on your system from the following link: https://www.visualstudio.com/en-us/downloads/download-visual-studio-vs.aspx

Conclusion If you are going to develop a new application then definitely go with ASP.NET MVC because it will give you the flexibility that you need to start as well as also helpful in future development. It also supports AJAX, CSS, Angular JS, JQuery, and other latest technologies. By using it, you can also take the benefits like more control over HTML, support of TDD, Build in support of SEO URLs, etc. It allows us to create highly testable and loosely coupled applications with Test Driven Development (TDD) and Separation of Concern (SOC).