How to Create Tableau Box Plot?

The box plot is the type of chart that shows the distribution of values along an axis. It is also known as a box-and-whisker plot. In the box plot, the Boxes represent the middle two quartiles or 50 percent of the data’s distribution. The rest 50 percent of data on either side are denoted by lines that are also known as whiskers, to indicate all points within 1.5 times the interquartile range, which is all aspects within 1.5 times the width of the adjoining box, or all positions at the maximum extent of the data.

To create a box plot, the following are the steps. 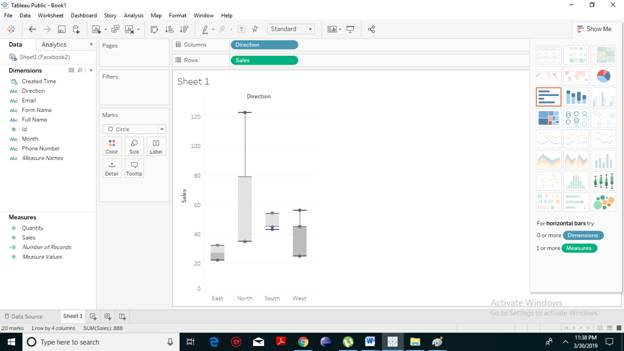 To create two dimensional Box Plot you need to drag, take one measure with two dimensions. By pulling and adding another dimension to the Column shelf, you will find the following result representing a chart which shows the box plots for each region.