Today, Ethernet is the most used technology for the LANs. It is described as IEEE 802.3 standard. Ethernet is a connection-based media access method i.e., Carrier Sense Multiple Access with Collision Detection (CSMA/CD) that allows all the hosts on a network to share the same bandwidth of a link.

CSMA/CD stands for – Carrier Sense Multiple Access with Collision Detection. It is a protocol that helps devices to share the same bandwidth. CSMA/CD was created to reduce the problem of collisions that occur when data are transmitted simultaneously from different nodes.

In CSMA/CD, when a node is transmitting data, all the other nodes on a network receive and examine that transmission.

How does the CSMA/CD work?

We use Backoff algorithms to determine when the colliding stations can retransmit.

When a collision occurs on an Ethernet, the following things happen:

Find the number of collision domains and broadcast domains. 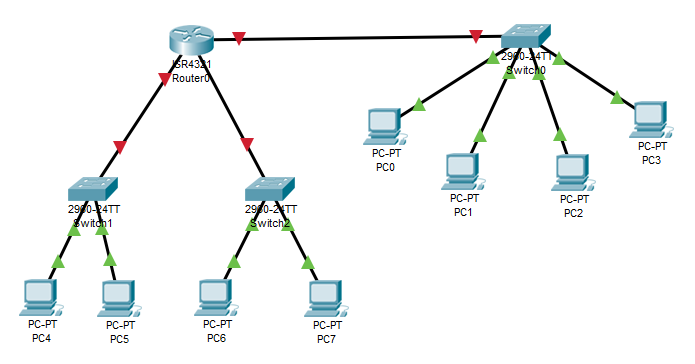 The number of the collision domain is 11

The number of the broadcast domain is 3