Scala software was released under Apache License. Martin Odersky started designing Scala in 2001. He combined the features of functional programming language and Petri nets to build the idea in the development of Scala whereas Petri nets are known as PT net or Place/Transition net. Petri nets are mathematical modeling language. Petri nets are used for the description of Distributed Systems. 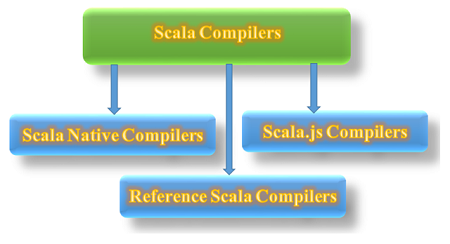 Testing of the Scala Code/ Scala Programs can be possible in several ways such as Junit, TestNG, Specs2, ScalaTest, ScalaCheck, and ScalaMock. Let us see them one by one. 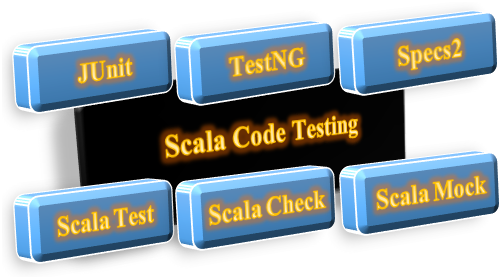 Junit and TestNG: Junit and TestNGis the most popular testing framework and both are written in Java. Specs2: Specs2 is a library. This library is used to write executable software specification. ScalaTest: It supports multiple testing styles. ScalaTest can integrate with java based testing frameworks. ScalaCheck: ScalaCheck is a library for testing. ScalaCheck is similar to Haskell's QuickCheck. QuickCheck is a library designed to assist in software testing. QuickCheck generates test cases for test suites. 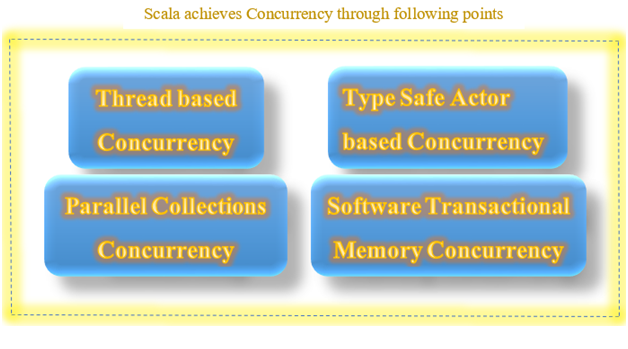 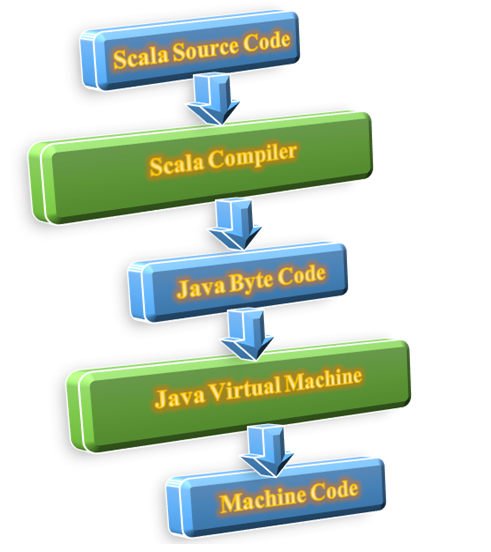 Following is the list of technologies built in Scala programming language. Technologies built in Scala categorized based on "data processing speed", "Concurrency", 'Performance' and other cool stuff. As the first category 'data processing speed' Apache Spark, Apache Kafka, Scalding and Apache Samza are examples of technology, which can process event stream in real-time. Finagle, and Akka is the example of technologies having high concurrency and high performance. Adam and Lichess come under the category of cool stuff. Following diagram clears how the technologies categorized into groups based on their features.