Jenkins is an open-source automation tool used for continuous integration. Continuous Integration is a process, in that all developed work integrated as early as possible. Jenkins build in Java and Plugins provided for Continuous Integration. Jenkins used to build the software project as well as to test the software project continuously. Jenkins makes it easier for the developers to integrate changes to the project.

As Jenkins is an automation tool, organization accelerates the software development process through automation of Jenkins. Jenkins integrates all kinds of SDLC process such as build, test, document, static analysis and deploy. Plug-in plays an essential role in achieving continuous integration. If the user wants to add a particular tool in Jenkins then first need to install a plugin for that tool. 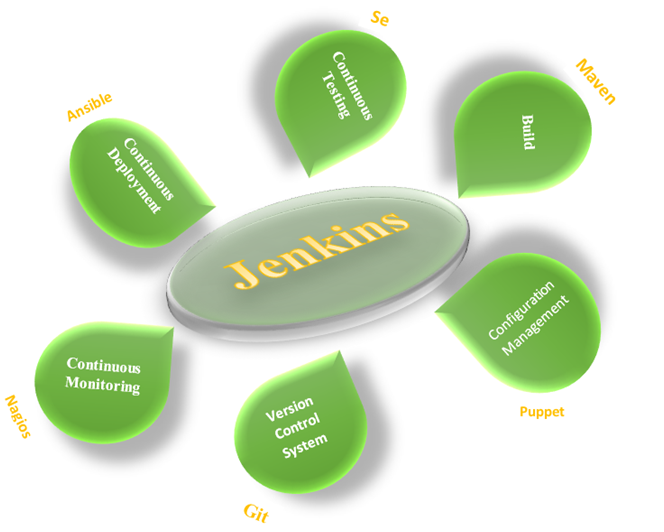 Adoption is one most important key metrics of Jenkins. Because of that, Jenkin is widespread. Jenkin has 147000 active installations and 1 million users across the world.

The plugin is another crucial key metrics of Jenkins. Jenkins interconnected with 1000+ plugins, and that plugin allows the Jenkins to interconnect with most of the deployment tools.

What is Continuous Integration?

Continuous Integration is a process of software development practice. In software development practice, the developers need to commit after updation, modification, or changes in the source code in a ‘shared repository’ more frequently in a day.  Every commit made to the source in the repository, build the software product/ application. The result of this, the problem can be detected early and quickly.

Use Case: CI in Nokia

Let us see the importance of Continuous Integration through Nokia’s Use case.

For developing the software product, Nokia was using the process called ‘Nightly Builds.’ Continuous Integration is the successor to the nightly builds process. In a Nightly Builds process, at every night the automated system pulls all the code from a shared repository (code gathered throughout a day) and builds the code. The idea of Nightly Builds and continuous integration is quite the same. The source code at the repository is large, and that will create difficulty to detect and fix the problem. Due to limitations of nightly builds process, Nokia adopted the continuous integration process.

How does Jenkins work?

Let us see how Jenkins works: The Software developer commits the changes in the source code stored in the git repository. Jenkins Servers keeps on checking the repository regularly for changes.

When commits occur, Jenkins Server detects the changes happened in the repository and pulls those changes and start building the new application.

There is a possibility of build failed and if the build failed then the respective team notified mentioning the build fail message. If application built is successful then Jenkins server deploys built to the test server.

After testing the build, Jenkins generates feedback and notify to the developer regarding build and test results.

Again, the Jenkins Server keeps on checking the repository and Jenkins keeps on repeating the same process.

Traditional SDLC before Jenkins and after Jenkins

Jenkins follows the Continuous Integration and Continuous Delivery. Let us see how these processes follow the loop structure:

The software developer keeps on changing the code in progress to complete/ achieve the goals of the software application.

Jenkins Server keeps on checking the updation in the repository, and when it finds any changes made in the source code, then it pulls changed source code and start the new application build.

After testing, the Jenkins server generates the ‘feedback’ and notify the software developer about test results and build with the help of the production server.

Jenkins continue checking the change made in the source code in the repository and keep on repeating the above process.

The single Jenkins Server not capable of handling few requirements: 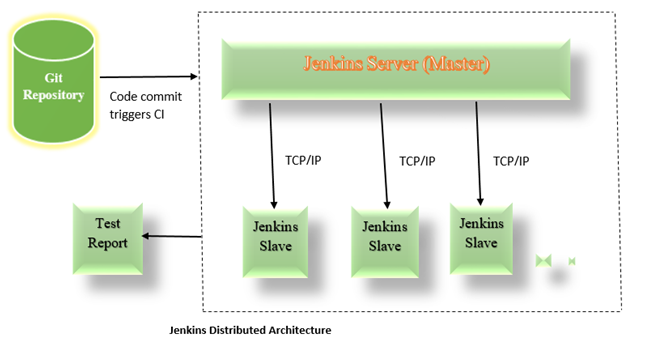