Artificial Intelligence (AI) tutorial is a very trending subject which helps us to make the intelligent machines. This AI tutorial is developed for beginners as well as professionals.

What is Artificial Intelligence?

So, Artificial Intelligence can be defined as a copy of a human brain with thinking ability.

According to John McCarthy, who is known as the father of AI,

"AI is the science and engineering of making intelligent machines, especially computer programs."

The objective of AI is to explore the ways onto a machine that can reason like a human, think like a human and act like a human. Its approach is to train a machine (i.e., a computer or a robot) with the same capabilities as of a human brain. In the future, AI will prove itself as an excellent helping hand. 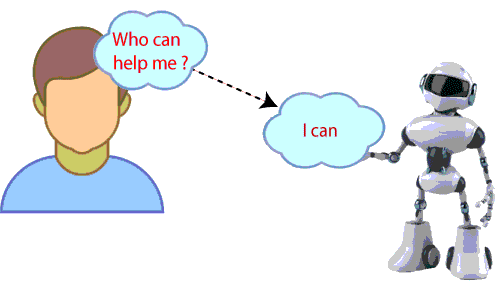 Therefore, AI has groomed the world with its exploring intelligent power, and the following points will make us understand the need for AI more effectively:

How Artificial Intelligence came into existence?

1936: Alan Turing created a Turing machine which formalized the concept of algorithm and computation. Turing machine was highly influential in the development of theoretical computer science.

1950: Alan Turing published a seminal paper on “Computing Machinery Intelligence” in which he described the “Turing Test” to determine whether a machine is intelligent or not.

The term AI was coined

1956: Several scientists attended the Dartmouth Summer Conference at New Hampshire.  During the conference, it was claimed that "every aspect of learning or any other feature of intelligence can be so precisely described that a machine can be made to simulate it" and finally it was named "A.I."

1966:  Joseph Weizenbaum, a German-American computer scientist, invented ‘ELIZA’, which is a computer program that communicates with humans.

AI in the medical field.

1972: Ted Shortliffe developed an expert system named ‘MYCIN’ which is used for the treatment of illnesses.

Voice of the Computer: NETtalk

1986: Terrence J. Sejnowski and Charles Rosenberg developed an artificial neural network,’ NETtalk.' It was able to read words and pronounce them correctly and could apply what it learned for understanding more new words.

2005: A robot from Stanford University won the DARPA Challenge. It drove autonomously for 131 miles across an unrehearsed desert trail.

2007: A team from CMU won the DARPA Urban Challenge by autonomously navigating 55 miles in an urban environment by following all traffic laws.

Now a days, faster computers and advanced machine learning techniques have been introduced to access a large amount of data. It has resolved many economical and financial problems. Currently, experts are working on Deep Learning, Big Data, Machine learning, and several other techniques and taking the world to a highly advanced level.

AI provides ways to make machines intelligent. AI uses algorithms and expert systems to make the artificial brain. ML is the subset of artificial intelligence because ML makes AI algorithms more advance so that machines may automatically improve through experiences without manual intervention. Thus, Machine learning is an application/component of Artificial Intelligence.

Classification of AI can be done in several ways:

With the help of AI, it becomes easy to take care of the aging population and can see a drastic reduction in the death rate of people.