In maths, Derivatives are an essential device of math or calculus. For instance, derivative of the situation of a moving article regarding time is the item's speed: this action how rapidly the situation of the item changes with time period.

The derivative of a component of a variable at a given input, when it exists, is the slant of the digression line to the chart of the function by then. Thus, the derivative is frequently depicted as the "prompt pace of progress", the proportion of the quick change in the reliant variable to that of the autonomous variable. 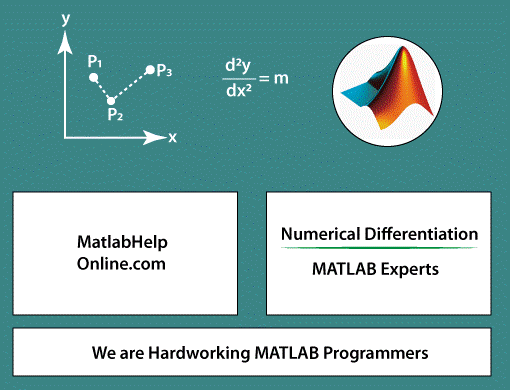 Derivative can be summed up to elements of a few genuine factors. In this speculation, the derivative is re-evaluated as a straight change whose chart is (after a fitting interpretation) the best direct estimation to the diagram of the first capacity.

For better understanding we try to compare with Jacobean matrix:

The Jacobian matrix that addresses this straight change regarding the premise given by the decision of free and ward factors. It very well may be determined as far as the halfway derivative as for the autonomous factors. For a genuine esteemed capacity of a few factors, the Jacobian matrix lessens to the angle vector.

In Matlab, syntax for Differentiation:

Here we will use the function polynomial of variables 'y' and 's' and will differentiate it with respect to 's'. We will complete this in two steps:

Step 1: we will Create a function of variables 'y' and 's'

Step 2: we will compute the differentiation using function 'diff (B, var)'

Explanation of the above example:

Let us explore different equations for differentiation of any given functions and verify the prescribed rules.

The elementary type rules for differentiation.

Rule 2: The sum and subtraction rules

Rule 5: The polynomial or power rule

An immediate output is that the derivative of this rule's any constant number is zero, i.e., if x = k, any number constant, then we get

Create a script file code and run through command prompt.

The derivatives of few important exponential, trigonometric and logarithmic functions are provided in the following table -

The above functions are demonstrated through various symbols and variable in the below example.

Create a script file code and run through command prompt.

In MATLAB, ' Differentiation' operations should be possibly using diff() function. Few insights drawn from the analysis of our examples is