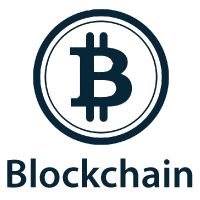 Blockchain is the pillar technology behind the digital cryptocurrency Bitcoin. Blockchain provided the answer to digital currency and its secure transaction because it records data and information in a public space in the form of transactions that cannot be changed or remove from the chain once completed.

Blockchain is a platform where transactions are performed in the form of cryptocurrency. It can be defined as a continuously growing chain of blocks. Blockchain is a decentralized, distributed, and immutable database that records the derivation of digital assets. It allows users to reach consensus without trusting each other.

Blockchain is a distributed and immutable database used to manage the transactions. It comprises a sequential collection of blocks or systems in which transactions made in cryptocurrency are maintained across different servers that are linked in a network. Furthermore, every Blockchain is a protocol that can automatically lookup and update the data on different nodes. So, it is certainly going to be a smart and productive invention.

Blockchain can be defined as a continuously growing chain of blocks, which is a decentralized, distributed, and immutable database that records the derivations of digital assets. Every user of the network can reach consensus without trusting each other.

It is the world's most trusted compact cryptocurrency company. It connects the world with future products, including digital and crypto wallet, bitcoin explorer, and market information.

Blockchain technology is undoubtedly a great invention. Let's take a quick look at the different kinds of Blockchain available and their functionality.

Blockchains comprises three different types that are as follows:

In public blockchains, any user can join the network, read and write, or send and receive data using the required software. It is a decentralized network that doesn’t have a single entity to control the flow as public blockchains are permissionless. Every transaction that takes place on public blockchains is completely transparent, which means anyone can access the transaction details. Example- Bitcoin, Dash, Ethereum, Litecoin, etc.

Below are some features of the public blockchain:

In private blockchains, only authorized users are allowed to access the chain. It is also known as permissioned blockchain as it restricts the unauthorized users to participate in the network. There can be more than one person or organization that controls the system and this allows the need of third parties for transactions. In simple words, access permissions for reading and writing are kept centralized to an individual organization. Example- Hyperledger, R3 Corda, EWF (energy), etc.

Below are some features of the private blockchain:

Consortium blockchains are permissioned networks that allow certain entities or group of users to read and write data with certain restrictions. It can be best explained when compared to their counterpart, public blockchains. Though it is semi-decentralized, consortium blockchain is controlled by a group of approved individuals rather than a single entity. Example- Quorum, hyperledger, etc.

Below are some features of the blockchain:

It can be differentiated based on permission less blockchains like Bitcoin and permissioned ones like DLT. In Bitcoin-based Blockchains, no one needs to trust any third-party entity to run it transparently. The main difference between the different types of blockchains is the range of availability.

Blockchain is a distributed ledger of permanent records of all transactions or digital events that have been stored and shared among all participating nodes. Based on the functionality, it is simply an advanced Distributed Ledger Technology. Since it was the first fully functional DTL, it is well known as BlockDAG and TDAG.

Below are the reasons that explain why the blockchain technology has gained so much attention:

This tutorial has been prepared for the aspirants who are keen to learn new technology. It will cover the various aspects of cryptography, need of decentralized server, distributed network, Blockchain creation, Blockchain supply chain, and many other concepts related to Blockchain Technology.

Before going through this tutorial, you must have fundamental knowledge of Distributed networking, Cryptography, Basic data structures, Blockchain Wallet, HTML, and javaScript.