TypeScript launched version 0.8 in October 2012. It took 2 years for Anders Hejlsberg, Delphi and Turbo Pascal to develop TypeScript at Microsoft. The language was praised By a Mexican programmer, Miguel de Icaza. In 2013, version 0.9 was launched with new features. The TypeScript was supported by other IDEs, such as Eclipse using plug-in provided by Palantir Technologies. It was also supported by several text editors such as Sublime, Vim and Emacs. In 2014, version 1.0 was released. In July 2014, a new compiler was developed. New compiler brings five times gains in performance. The source code for TypeScript was originally hosted by CodePlex, was shifted to Github. In 2016, version 2.0 was released, with several features, like the ability to optionally prevent variables from being assigned null values.

Type System is used to represent different types of values which are supported by the language. It is used to check validity of supplied value before storing or manipulating the program. Following are the types of data types in TypeScript:

It is the super type of all types in TypeScript. It is also denoted as dynamic type.

There are three components in TypeScript: It checks syntax, keywords, and type annotations. It is used to convert instructions written in TypeScript to its JavaScript. It has an additional layer of core compiler that are editor-like applications. 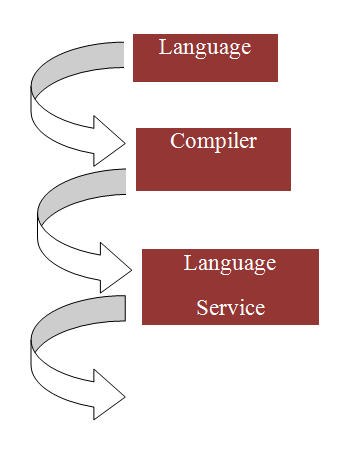