CSS frameworks are pre-defined libraries. Some of these include Blueprints, Cascade Framework, Foundation, and Bootstrap.

A global style sheet can be utilised with CSS. This is beneficial as it can help you make changes in the styles or presentation without much effort, difficulty, or consumption of time.

CSS has a simple and easy syntax. It has English keywords for specifying names of several style properties. Each style sheet comprises of the rule list. Each rule set or list comprises of one or more selectors, declaration blocks.

One of the examples is below:

h1 is the selector; whereas font and color are the properties and blue and 12px are the values.

The Declaration Block consists of properties and the values.

There are various benefits of CSS. Some of these include;

Apart from the advantages, Cascading Style Sheets also have few disadvantages. These include: 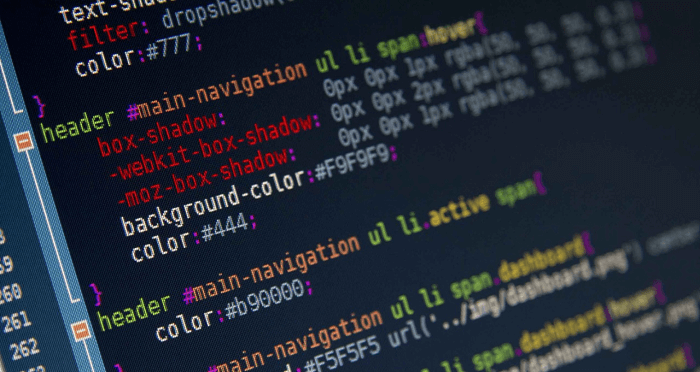 CSS was first introduced in 1994 by Hakon Wium Lie. He was working with the father of HTML, Tim Berners Lee, at CERN. Apart from this, many other programming languages were also introduced at that time.

Also, CSS2 was introduced in 1998 that too with more advanced features like the absolute, relative, concept of media type, positioning, new fonts, and so on.

Then in the same year, at the end of 1998 development of CSS3 was started, but it was never completed in that year. It was released in 1999 but officially began to be used in 2001.

There are three ways of using CSS.

External CSS - The change is made in multiple files of CSS by simply making a change in one file in External CSS. The styles are mentioned in the external file, and that file is linked to the HTML file through syntax. It is important that the external file has an extension of the .css

Whereas in the Internal CSS, this can be used to outline different or unique CSS to a single or individual HTML page. In this, there is no external file, like in the case of external CSS. In this, CSS is written inside the HTML file only. The style tag is placed in between the head tag in this case.

Lastly, coming to the inline CSS. In this unique CSS is outlined to an element in the HTML page. The style is added to the element in this case.

Inline CSS has a superior priority in comparison to the external or the internal CSS.

Conclusively, Cascading Style Sheet is an imperative part of web development. It is impossible to have web development without CSS. CSS might look complex, difficult in the beginning, but after learning, trying, and getting hold of the concepts. You will realise CSS is easy, simple, and effortless to use.

CSS allows a developer to add effects, animations, unique, diverse fonts, colour . It even gives the freedom to the developer to display animation through the various button, loaders, or spinners, or, at times, even animated backgrounds to the website. It describes the HTML elements that have been displayed on the site. It is sure that without CSS website will not look attractive or presentable. It adds value, life to the website.

This CSS
tutorial will provide you the overall details of every property of CSS, such as
border, background, float, font,
display, margin, padding, opacity, vertical-align, text-align, color, position,
etc.

Also, this
tutorial will help you learn so many properties of CSS3, such as radius, opacity, and design box
model.

You should
have some basic knowledge about HTML before going to start learning CSS
concepts.

This CSS
tutorial is created to be useful for beginners as well as for professionals.

We assure you that you will not face any difficulty or problem to learn from our CSS tutorial; you can also report us for your queries.