Django is an open-source python web framework. It is very popular due to the functionalities it offers. It uses the Model-View-Template architecture. Many giant organizations are using Django as their primary backend framework. Django is one of the most demanded skills among the recruiters.

In this post, we will see some Django Interview Questions, which you can take a look at before going for your next interview.

Django is an open-source and free-to-use Python-based web framework. It is known for its rapid development and efficiency. It takes care of common problems so that we don't have to write an application from scratch. The final version of Django was released in 2008.

2. What architecture does Django use?

3. Name all the inheritance styles in Django.

4. What are the features of Django?

5. Explain the Models in Django.

A model contains information about the data. Almost all of the model is mapped to a table in the database. The fields in a model are the column name of the mapped table. The model defines the structure in which data stores.Django models provide consistency to the app.

An example of a Django model is:

6. Explain the project structure of Django?

The basic structure for the Django projects looks like this:

Some of Django’s drawbacks include:

Django Object Relation Mapper helps to retrieve or query the database tables without actually using any SQL. It is used to communicate between database and application. ORM helps in the rapid development of web applications. The programmer does not have to write actual queries in SQL, and he only has to write in Python.

9. How to connect the Django project to a database?

To connect the project to a database, use the following commands:

CRUD refers to create, read, update and delete. These are the most basic operations which a database or an API supports. It is used to fetch the information from the database to the website.

11. What are templates in Django?

Templates are used to create dynamic web pages in Django.  We can add as many templates as we want. The template layers output the information to be processed in a designer-friendly format.

Django provides a built-in backend for the template called Django-Template-Language. Django also provides the API to load and render templates. 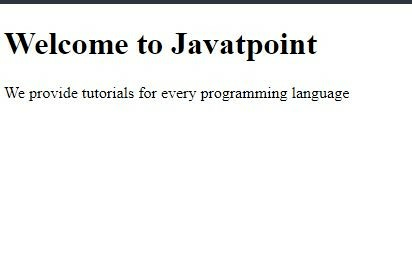 View in Django is the user interface for the app. It is commonly written in HTML\CSS\JavaScript. A view is a function that accepts a request and returns a response. The response varies on the request received. Views consist of the logic of the application.

The signals in Django notifies the applications when actions happen in the project.  Django is utilities that associate actions with events. The most common signals are:

We can connect a signal with either function or decorators. An example of connecting with function is:

14. Difference between MVC and MVT.

MVC stands for Model-View-Controller and MVT for Model-View-Template. The stand-out difference between them is MVC; we have to take care of the control-specific code, while in MVT, it gets taken care of by the framework. In MVC, the rendering is dependent on views, while in MVT, the templates decide what is getting displayed to the user. Modifications are difficult to make in MVC, but in MVT, modifications can be made swiftly.

15. Explain the statement – Django is Monolithic.

Django as a framework requires some rules and file structure to be followed by developers. Also, Django has many added functionalities as well.

In Django, we cannot change the name of existing files. The monolithic nature is helpful for big projects, but for smaller ones, it is too much.

16. Explain the use of Sessions in Django.

Sessions are used to store the information about a user when he visits a site. They are implemented by using middleware in code.

Sessions are used to handle cookies. The data stored is saved on the server-side. Sessions can also store data when the user is not accepting cookies in their browser. To use the sessions, include this code in settings.py:

17. What are MIDDLEWARES in Django?

Middleware is a low-level plug-in that is used to globally altering the data. Each middleware has some specific tasks to do.

18. Give some examples of usage of middleware.

Some common examples of usage of middlewares in Django are:

Django is very stable. Many tech giants such as Spotify, Instagram, etc., are using Django as their primary backend. Django is very attentive to its API stability.

20. Is Flask better than Django?

Both Django and Flask are very good in their respects. Django is better than Flask for larger projects, while Flask has an advantage over Django for smaller projects. Django has built-in templates and ORM. In a flask, we have to install them.

21. How to start a project in Django?

To start a project in Django, do these steps:

This will create a folder named new_project in the current directory.

22. What is the Django REST framework?

Django REST framework is a module to build web APIs. It is composed of three layers:

The caching techniques which are available in Django are:

24. What is the use of the Admin interface of Django?

The admin interface of Django is used to perform CURD operations on records of the table mapped to the models. Only the administrators or superusers can access the admin portal.

To access the admin portal, first create a superuser:

Now for the admin portal, start the Django server and go to localhost:8000/admin in your browser. The admin interface looks like this:

Decorators are used to adding new functionality to an object without touching on its structure. We can wrap decorators at a function or in a class.

They are also used to check for permissions or to execute a specific code before a section of code.

We are not required to use Regex to define URLs. With Regex, we can easily define the URLs. But sometimes, using Regex makes it more complicated for beginners.

28. Why is Django considered to be a loosely coupled framework?

Django is considered to be a loosely coupled framework because of its Model View Template. Django transfers its Models and Views on the client machine, and only templates return to the user.

The front end and backend are separated from each other, so the web developers can easily work on one without affecting the other. This is the reason Django is called a loosely coupled framework.

Cookies store very small information about the user, and it is stored in the user's browser. Cookies data can be stores temporarily and permanently in a file. All cookies come with an expiry time.

To set up a cookie, the set_cookie()  method is used and request.COOKIES[] is used to fetch a cookie array.

This is views.py, in which we have used set_cookie and getcookie to set up and get the cookies. After setting up the urls.py, the result is:

30. Are there validation rules in Django form?

Yes, Django uses custom validation rules to validate the forms. They are used to identify the false information inputted in the forms. Suppose there is a mobile number field in a form and someone tries to put some string in it, then these rules will generate some error and will not allow submitting the form. In Django, to define a validation rule to a field, the syntax is clean_fieldname(). Django form then will create a validation rule for this field.

Pagination is dividing the data into multiple pages rather than putting all the information on one single page. Only that information will be rendered, which is requested by the user.  Showing limited data saves the time of the user, and the user can see the data. Pagination is very good for the server.

The server does not have to take the load of rendering all the data at a single time. It can serve the data when it is requested by a user. Pagination takes off a lot of load from the server since serving 1000 KB data is heavier than showing 20kb at a single time.

32. Why Django should be used for web-development.

Django is a high level Python's web framework which was designed for rapid development and clean realistic design.

34. How we can setup static files in Django.

There are three main things required to set up static files in Django.

36. What command line is used to load data into Django?

The command line Django-admin.py loaddata is used to load data into Django.