Difference between Molecules and Compounds

The different types of molecules which are based on the number of atoms per molecule are:

Molecules can be categorized into two types of chemical bonds:

Compounds are group of two or more elements chemically unite together in a fixed proportion by the chemical bond. Compounds can be categorized into three types of chemical bonds containing the atoms together:

Comparison between molecules and compounds 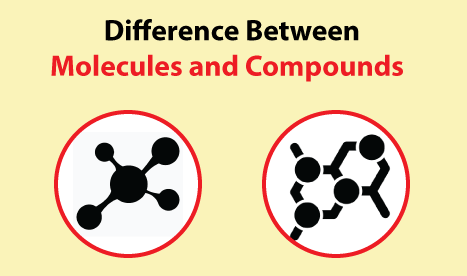