India has one of the biggest and most mighty financial and banking services. Moreover, India has one of the most prominent enterprises in the national economy. In terms of business, Indian banks are finest in the industry. Many substantial reforms have occurred after independence, particularly following the 1991 banking reforms. Much has changed from then on, and India is now on the brink of an entire digital transformation. Banks serve a crucial part in accomplishing the success.

India has 27 public sector banks, 21 of which are nationalised and 6 of which are part of the State Bank Group. There are also 45 Foreign Private Sector Banks that support the Indian banking sector.

The GOI has announced a major merger of 27 public sector banks into 12 powerful PSU banks. The collaboration is likely to bring about a transformation or change in the financial industry

Today, we will take a look at the top ten banks in India. 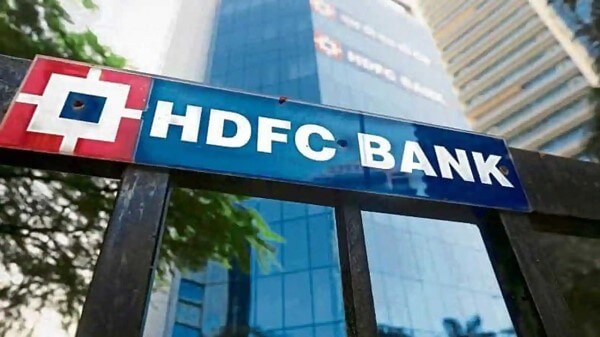 HDFC stands for Housing Development Finance Corporation Ltd, and its head office is in Mumbai.

According to Forbes' World's Best Banks survey, HDFC Bank is India's No. 1 bank. As of March 31, 2018, it had 88,253 permanent workers and offices in Bahrain, Hong Kong, and Dubai. By assets, HDFC Bank is country’s one of the biggest private sector lender. As of March 2020, it was one of thesupremebanks in India in terms of market value. 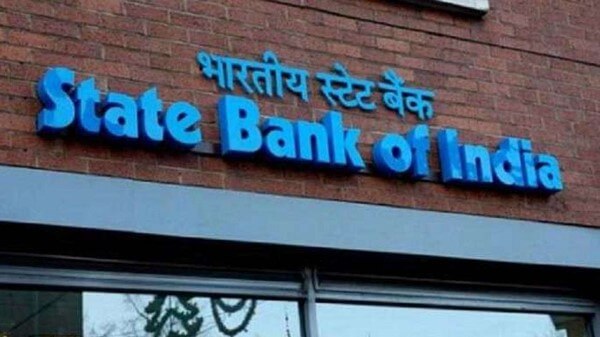 The State Bank of India (SBI) is an Indian government bank with a market capitalization of Rs. 2,93,218.11 crores. SBI, India's one of the greatest public sector bank and the second best bank in the country, as well as a financial service statutory authority, is headquartered in Mumbai, the nation's financial hub.

The State Bank of India ranks 221st on the Fortune Global 500 list of the world's largest corporations in 2021.Moroever SBI has been named Best Transaction Bank in India consecutively second time by "The Asian Banker."

SBI has a 23 percent market share in India and a remarkable presence in the international arena, with over 195 foreign offices in 36 countries.

SBI is, without a doubt, India's largest bank in terms of branch network, ATMs, net income, total assets managed, and so on. SBI controls around 20% (approximately) of the Indian banking market, with a workforce of close to 3 lakh workers.

SBI provides service over 43 crore clients with the help of its huge infrastructure and multiple offices. SBIhas over 21,000 offices, 58,000 ATMs, and 65,000 BC outlets. All these have aunwavering focal point on new, innovative and user-centric stemming from the bank's central aspect of impeccable facility, service for its customers, lucidity, clarity, customer service, and so on.

With the help of its 11 subsidiaries, such as SBI General Insurance, SBI Life Insurance, SBI Mutual Fund, SBI Card, and so on, the bank has successfully ventured. It has a global footprint and functions over time zones with 233 offices in 32 different countries. Brandon Hall Awards for Learning Initiatives Benefiting 2 lakh Employees, 2020 “Nayi Disha” received a Brandon Hall Award for Excellence in Learning in 2020. 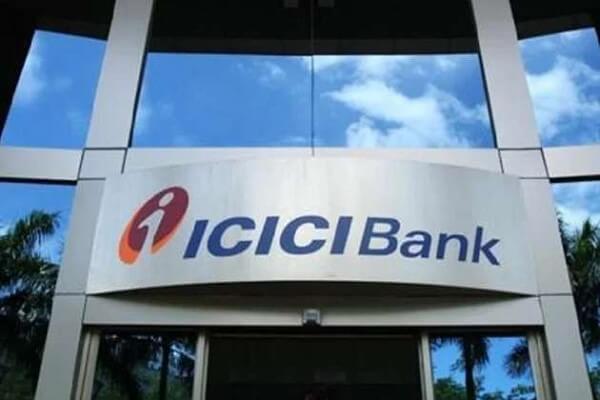 The bank's got its registration in Vadodara, Gujarat, while it is head office in Mumbai. The bank's consolidated assets stood at Rs. 12.50 trillion as of June 30, 2019.

ICICI Bank has a notable international presence, including operations in Canada and the United Kingdom. The bank also has branches in China, Hong Kong, the United States of America, South Africa, Sri Lanka, the Dubai International Finance Centre, Qatar, Singapore, Bahrain, and Oman, as well as representative offices in the United Arab Emirates, Malaysia, Indonesia, and Bangladesh.

At the Asia Risk Awards 2020, ICICI Bank was titled as‘House of the Year, India.' Through several delivery channels and group entities, ICICI Bank provides enormous variety of financial facilities and services for both corporate and retail clients. 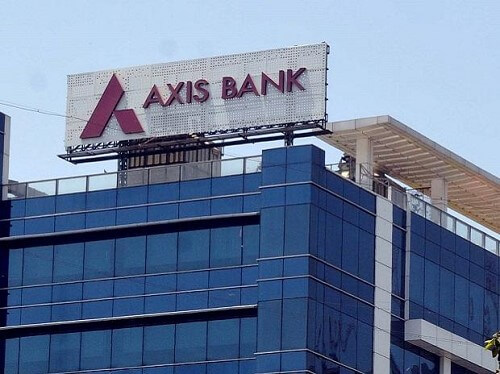 Axis Banks among the largest private sector banks in India with a market valuation of Rs. 1.90.562.56 crores. In 2019, the bank clocked revenues of Rs. 68,116 Crores in its financial services primarily targeting large and mid-sized enterprises, along with SMEs and Retail companies.

In 1994, Axis Bank was founded as a new private bank generation. The bank provides a variety of financial facilities to all customers,comprising of large and medium-sized companies, retailers, agribusiness, and MSMEs.

With almost 4500  branches (4,050 of these domestic), 11,333 card transmission units, and 5,710 cash recyclers dispersed around the country, the bank's network is extremely broad. Eight foreign agencies in 6 countries carry out the overseas operations of the Bank. The overseas offices are primarily concerned with investment banking, corporate liability, corporate loan, trade finance, and trade union.

Punjab National Bank, usually called PNB, the bank was established in 1894.  It operates at Rs. 37,411.52 valuation. This top bank is a public sector enterprise, with revenues of Rs. 58,687 crores. The top bank of the country is its praiseworthy base of over eight major clients. PNB  is Indian global financial services and banking enterprise. It is a government-owned company situated in New Delhi, India. PNB has more than 81million clients, 7000 branches, and 10000 ATMs through approximately 760 urban centers as of 31 March 2017.

In 2020, it received numerous prizes. The most noted of them were the ET-BFSI Excellence Award 2020's, Most innovative Public Sector of the Year, and the winner of the IBA Banking Technology Award 2020s. The Most innovative project use technology – PNBOne.

This bank has a respectable global footprint, including branches in Dubai and Hong Kong, as well as an Offshore Banking Unit located in Mumbai. PNB, on the other hand, has seven subsidiaries in the United Kingdom and seven in Bhutan. The bank also has 8 Associate Offices in Kazakhstan and 86 Joint Venture Offices in Nepal. 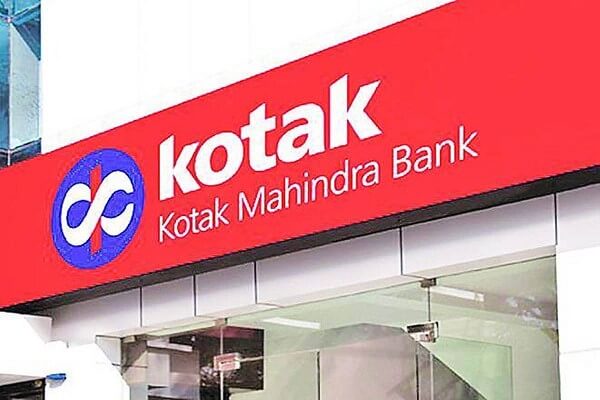 In 1985, Kotak Mahindra Finance Ltd. was established.  Today it is one of the most trusted financial institutions in India.

Kotak Mahindra Bank has over 1,600 offices as well as 2,500 ATMs. Currently, the bank has around 23 million active customers. This bank also has its offices and branches in the United States, the Middle East, London, and etc

By differentiating across goods, services, and technologies, the bank continuously strives to grab new opportunities. Banking services, equities broking, credit and financing facilities, insurance products, wealth and assets management facilities, and investment banking are all services provided by the bank to people and companies. 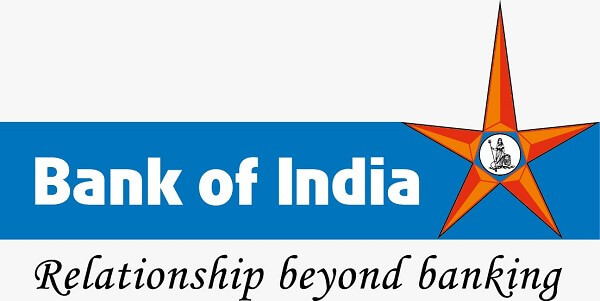 The Bank of India was initially a private institution founded in Mumbai in 1906.BOI was one of the 13 banks that were nationalised in 1969.

The bank has extended its business both in and out of India over the years. Bank of India operates about 5000 branches across the country, which are overseen by 55 zonal offices and eight NGB offices.

The bank has more than 50 branches, four subsidiaries, one representative unit, and one joint collaboration in 18 countries across five continents.

In 1997, the bank issued its first public shares. In 1989, BOI  was one of the initial nationalised financial institution to launch a completely automated unit and ATM operation. Since its foundation in 1906, it has been efficiently offering its consumers financial products such as credit cards, insurance services, home loans, personal loans, vehicle loans, etc. It became a government-owned bank after being nationalised in 1969. A complete description of its services can be found below.

When it comes to asset management, BOB is one of India's leading banks. The bank serves over 82 million customers across 22 countries. There are around 5500 branches in the network. Bank of Baroda, which began in a modest premise over a century ago, now has a global presence in 19 nations. The bank, which was founded in 1908, now has 8581 branches, 96 of which are abroad branches, and serves over 131 million people. Dena Bank and Vijaya Bank were recently amalgamated with the Bank of Baroda.

Canara Bank was founded in 1906 as Canara Hindu Permanent Fund Ltd and rebranded as Canara Bank in 1910. In 1969, it was one of 14 banks that were nationalised. Canara Bank is well-known for its customer-centricity and has grown to become a "Financial Conglomerate" with about ten subsidiaries and joint ventures in India and internationally.

As of 2020, the Canara bank had 10,500 branches, 12,000 ATMs, and a customer facility or service unit of 10.90 crores. Several firsts have been accomplished by the bank during the course of a century. It is the one of its kind to open an inter-city ATM, to offer a credit card facility to farmers, and receive an ISO certificate. 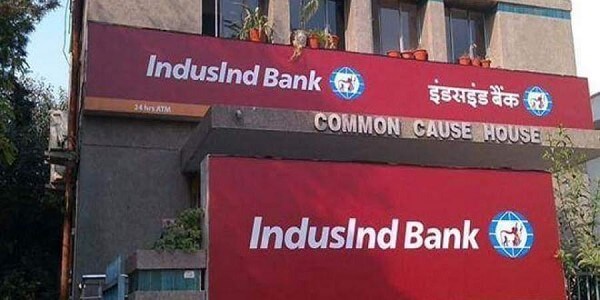 IndusInd Bank, is considered to be a latest generation bank, with a market valuation of Rs. 70,631.88 crores. The bank was founded in 1994 and is head or central office is in Mumbai, with the majority of its offices or sub-branches focused on the metropolitan cities like Mumbai, Delhi, and Chennai. It also has an international offices, thanks to sub- branches  in Dubai, Abu Dhabi, and London.

IndusInd Bank takes its name and inspiration from the Indus Valley Civilization, one of the world's greatest ancient cultures. IndusInd Bank offers various services with the promise of being an excellent business and financial partner to its clients. Loans, deposits, accounts, insurance, and investments are among the services provided.