India is a lovely yet mysterious country. Many mysteries are buried in various locations here, ranging all the way from Kashmir to Kanyakumari. These riddles are linked to castles, forts, kingdoms, Royal Families, queens, princes, and princesses, as well as warfare.

So, what exactly is the supernatural and paranormal? It is defined by the dictionary as - linked to some force beyond scientific knowledge or natural principles. Does this sound familiar? How many of us have a belief in ghosts? Do they even exist? Can they be sensed? Non-believers will perish the thought, whereas believers will respond affirmatively.

If you believe too, continue reading to learn about some of such places in our nation that have a dark history that locals living in the region have witnessed and speak stories about to this day.

Whether you would like to push the limits and seek the supernatural or would just like to take a glimpse at what these places are all about from the comfort of your home itself. In any scenario, these are some of the most haunted locations in India that you must see for your own self. 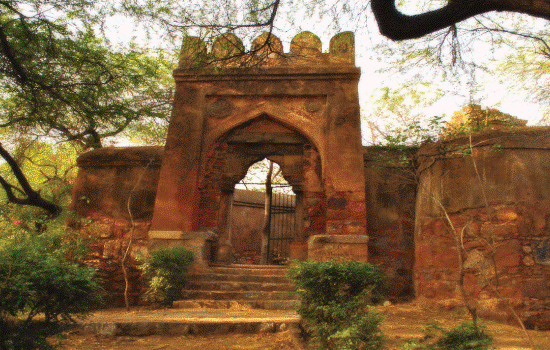 This fort is in Karol Bagh, Delhi. It is said that even today ghostly incidents happen at this place. This is the reason why it is strictly forbidden to go here after five o'clock in the evening. There are some stories about this place. The first story is of King Firoz Tughlaq. It is said that this fort was built as a hunting ground.

But his queen liked this place very much. Therefore, later this place became the place of residence of the queen. A few days later, the queen died here. It is thought that the queen's soul wanders throughout the palace. Perhaps this is why it was termed the Bhuli Bhatiyari Palace. 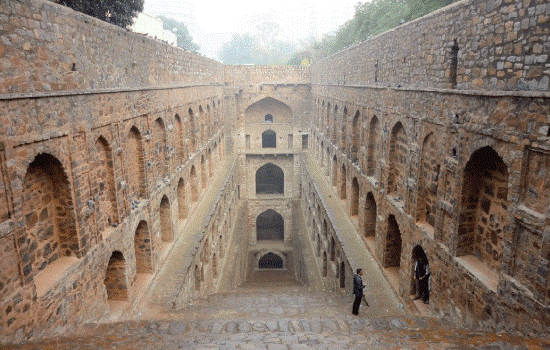 It was constructed in the 14th century by Maharaja Agrasen. It is believed that this stepwell was once filled with black-colored water. This water was used to hypnotize and drive people to commit suicide. Many Bollywood films including 'PK', 'Jhoom Barabar Jhoom' have been shot in this stepwell. 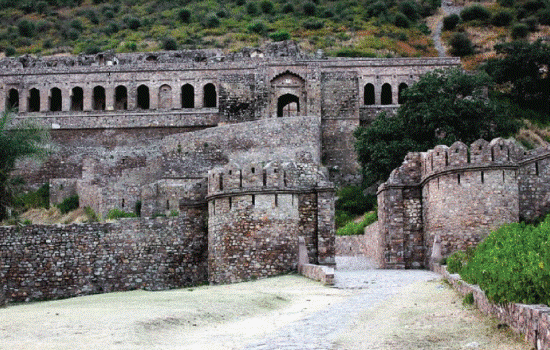 Where earlier there used to be happiness all around, today that place is lost somewhere in the dark. One such place is the fort of Bhangarh, which is in a lot of discussions about its ghost stories. There is a story linked with Bhangarh about Rani Ratnavati and the black magician, Singhia.

Rani Ratnavati used the Vashikaran mantra on the bottle of perfume sent to Ratnavati by doing black magic on her. However, the influence of this black magic was reversed on Singhia, and the black sorcerer Singhia died after collapsing beneath a large stone. But, as he died, he cursed the entire Bhangarh, including the princess, saying that all the people living in this castle and Bhangarh would perish and his spirit would be imprisoned here forever. Just a few days following Singhia's death, there was a slaughter between Bhangarh and Ajabgarh in which Bhangarh people, including Princess Ratnavati, were killed. 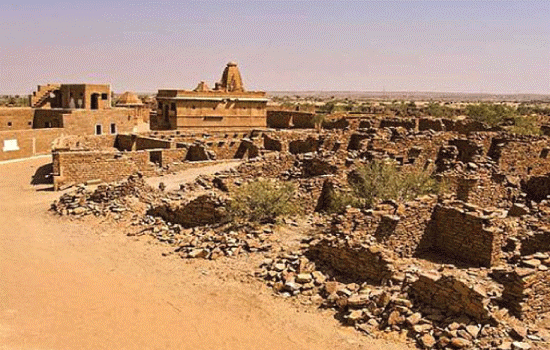 This is another haunted place: the village of Kuldhara in the Jaisalmer district, in Rajasthan. For the past 170 years, this village has been abandoned. Some houses in the village have weird shadows that appear before sight. During the daytime, everything appears to be a historical story, but after dark, the doors of Kuldhara would close, and a mysterious world of spiritual energies appears. People say that whoever came here during the night became a victim of an accident. 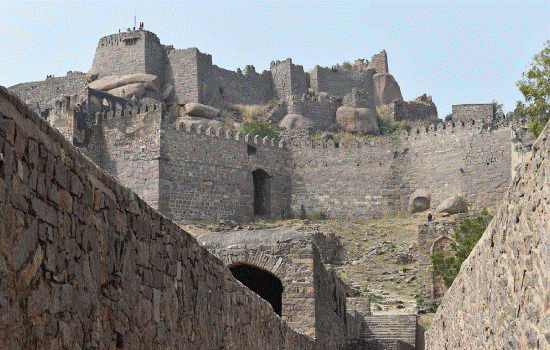 It is rumored that Queen Taramati's soul still walks here today. She was buried with his husband in this fort.  Experts believe that strange sounds are heard here in the evening. While many believe that the soul of Queen Taramati is seen dancing here. 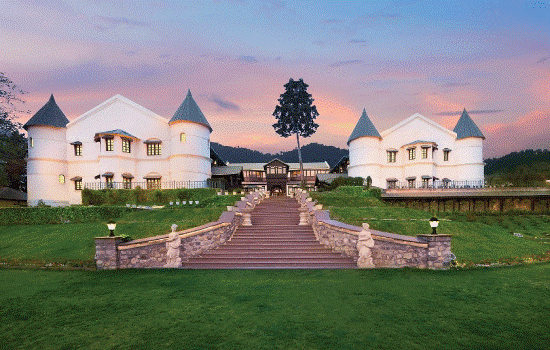 According to experts, Lady Garnet Orme's spirit is said to haunt the Savoy Hotel in Mussoorie. The story describes her assassination in a hotel room by placing strychnine in her pill bottle.

Years later, the doctor caring for him was found dead in a similar fashion. The story spread far and wide and even reached the Agatha Christie classic – The Mysterious Affair at Styles. It is believed to be among India's most cursed hotels. 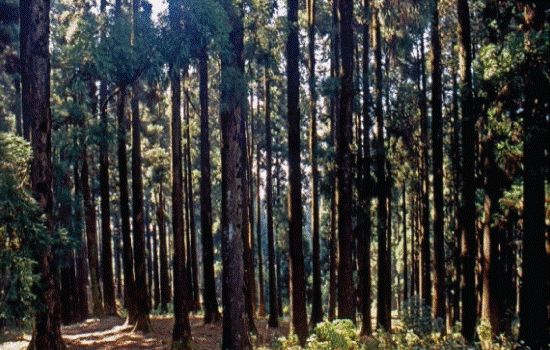 Dow Hill in Kurseong of Darjeeling is another haunted place in India. It is reported that a considerable number of suicides have occurred in the Dow Hill woodlands. It is common to see human bones here and there in this forest. That's why it must have started being considered haunted. Locals claim to have heard footsteps inside Victoria Boys School during the winter vacations. 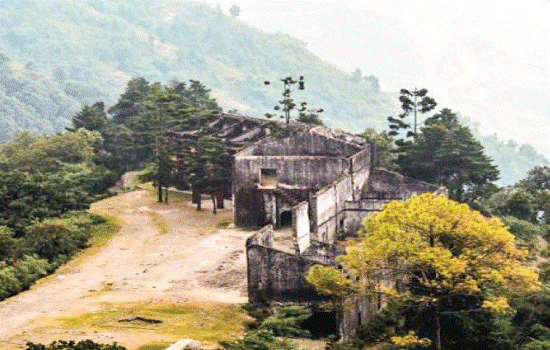 The story of this place is related to the year 1990. It is estimated that 50,000 mineworkers died of sorrow as a result of the incorrect mining method. The workers who lived near the mine had contracted lung disease. All the workers died by coughing. All the workers had vomited blood.  Since then Lambi Dehar Mines has become the most dangerous place in Mussoorie. 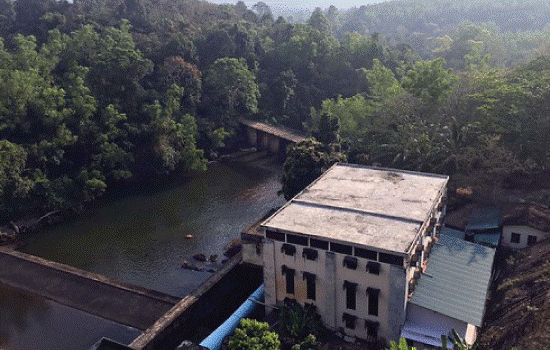 The villa was famed under British control for its extensive tea plants. It is reported that the owner's young children perished under unexplained circumstances on one dreadful night. After this incident, the family returned to London. People have reported seeing a youthful spirit strolling around the home on a regular basis. At midnight, the sound of smashing glass and a kid crying can be heard. It has also been stated that a ghostly child floating in the air can be seen. 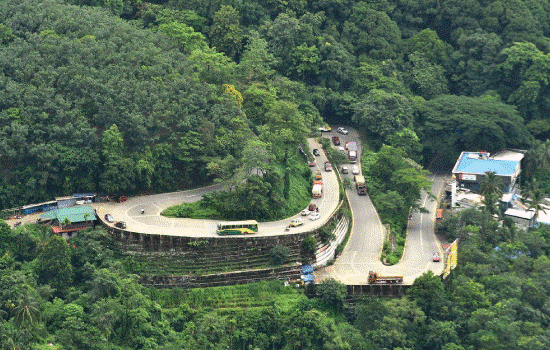 It is a narrow gateway in Kerala's Wayanad district. This region is so terrifying for folks who leave at nighttime that they are frightened to go past it even during the day.

First, let me tell you a disturbing story about this road. It is suspected that in the colonial period, a British engineer used the help of a guy called Karinthandan to find Lakkidi, and in order to get praise for discovering this route, he killed Karinthandan.

The Engineer then buried him at this location. Karinthandan is reported to be traveling as a ghost in order to get revenge on the engineer. Many spooky and odd events have been reported by those going along this path.