India, and particularly the Hindi film industry, is not recognized for producing quality horror films, However, One needs to remember that the horror genre has no bounds or language barriers. Every community on the earth has its own set of superstitions and frightening tales, many of which are based on society's unique beliefs and traditions. While the United States and the United Kingdom have created some of the finest horror films ever made, India has a strong horror film tradition that rivals anything produced in the West.

Bollywood horror films have always been popular among Indian audiences. Previously, a horror film represented darkness, an old palace, and wicked characters with black magic skills. However, the definition of horror films has evolved throughout time.

Indian cinema understands how to make a good horror film, and there are many of them for someone interested in looking for them. There have been several films that have had moviegoers shake in horror, and their heartbeats race faster.

It has recently been observed that the Hindi Horror Movies scene in Bollywood has taken a 180-degree turnaround in the last two decades. Most Bollywood horror films in past years had an ancient charm with a tale related to that age, but with technological advancements, the quality of Effects employed in Bollywood Horror Movies has improved by several notches! As suspicious as we are of the presence of supernatural entities, our Indian film industry's producers were equally doubtful of investing in the horror genre. However, we notice that the tendencies have shifted recently. Our filmmakers have acknowledged the genre's potential and are increasingly willing to explore it.

Here is a list of the Top 10 Horror Movies in Hindi that will make you jump out of your skin: 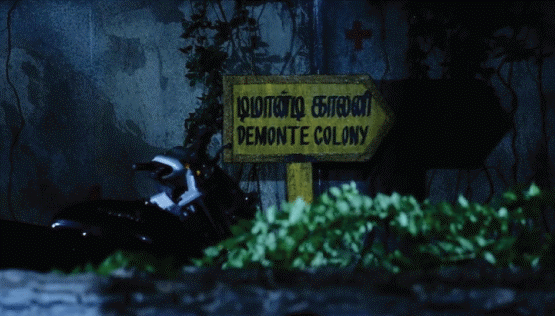 The plot of the movie revolves around four friends, Raghavan, Sajith, Vimal, and Srinivasan who out of false bravado, visit an isolated mansion in Demonte Colony which is said to be haunted. All of them sneak into the mansion at night and get separated from each other. Nonetheless, they all manage to escape unharmed. When all of them go to an astrologer the next day, everyone gets their future predictions done except for Sajith as the astrologer says he will predict later for him. For a time, everything appears to be normal.

Sajith retires to his bed. Later Srinivasan gets a call from the astrologer the same day and asks him to visit as they have an important matter to discuss. Srinivasan reaches the astrologer to find him dead. Later, Raghavan narrates the story of Demonte Colony. What happened in the mansion years ago? Is Sajith possessed? 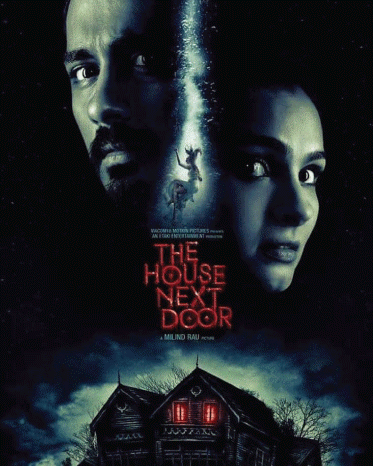 This is the tale of a brain surgeon and his wife, who lives in a beautiful mansion in the mountains and are having the time of their lives. Their beautiful life together is interrupted after a family comes into the house next door. Despite the fact that the eldest daughter has a harmless infatuation with the charming doctor, the two families get along swimmingly. All the friendliness takes a backseat when inexplicable paranormal activity engulfs the neighbors and takes a deadly turn as they are lured into a sinister scheme with roots extending back into the past. 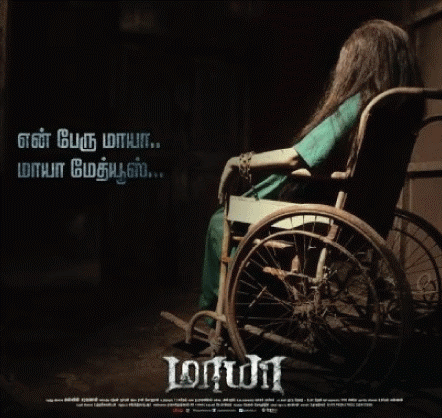 Maya Vasanth (Aari) is a print illustrator who is enthralled by the forthcoming episode of a horror series. At midnight, Vasanth's buddy, Kamal, is tempted to summon the ghost, something the author has forbidden his audience from doing. Despite the fact that this ends in a surprise, they are unprepared for what comes next. After disregarding all scientific data, he is caught aback when he watches a woman fall off a building's terrace, exactly like the main character, Maya. Furthermore, his companion dies in the same manner after visiting the strange Mayavanam.

It is Ram (Amzath), Vasanth's employer and the husband of Vasanth's ex-lover, who further just add to the confusion. Apsara (Nayanthara), on the other hand, is an unsuccessful actress, a single mother with many obligations to pay and a youngster to care for. There is a common thread that connects their lives: Maya's legend, which she haunts in order to reclaim her baby, who was removed from her at the mental institute. Will the dead's spirit return? Maya has the right to reclaim her child. 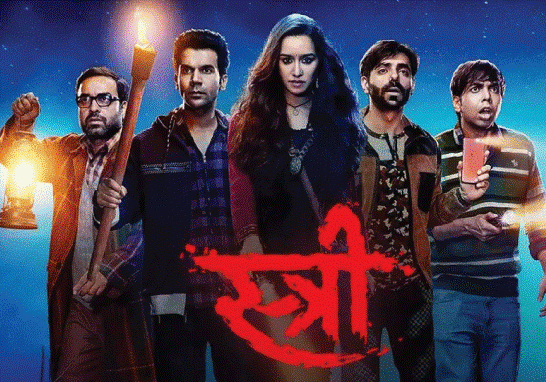 This film takes place in a small Indian village where the ghost of a vengeful woman stalks men for four days during a festival. When men are alone, this ghost, known as "Stree," reaches out and abducts them, leaving their garments behind. When a village tailor flirts with a beautiful young woman who says to only visit town four times a year, his friends are concerned that he is falling in love with "Stree" herself. 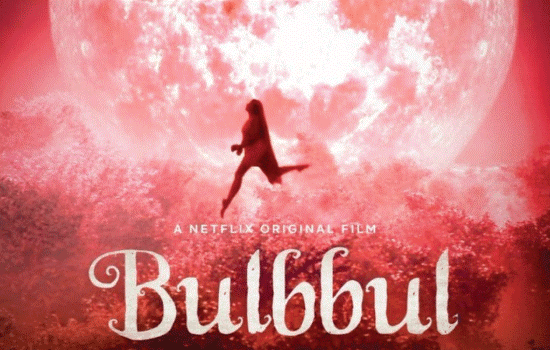 Bulbbul, a child bride who is married off to a man considerably older man than she is, is the protagonist of this late-nineteenth-century film. Bulbbul, now an adult, is abandoned by her husband, who is now the authority figure in the family community, twenty years later. Bulbbul's brother-in-law, whom she has always had a special place for, returns home after a prolonged absence, only to discover that inexplicable deaths in the village are being attributed to a witch. 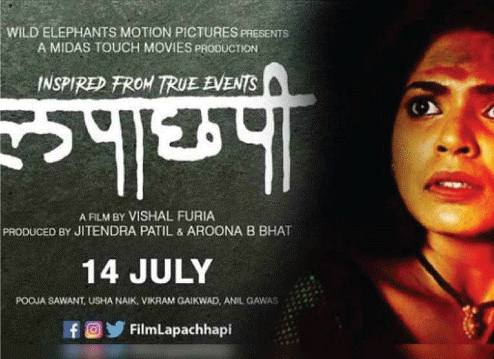 Lapachhapi follows a young married couple who are forced to spend a few days in a remote village far from home owing to unforeseen events. The wife, who is eight months pregnant, is hesitant to take shelter because she smells something fishy in and around the isolated house hidden among the sugarcane fields. The next several days will be spent exploring the mysteries surrounding the house; an odd strangeness that threatens her unborn child. 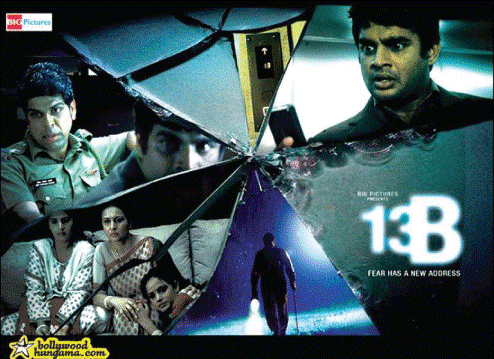 Manohar and his brother Manoj purchase a property with the unlucky number -13B for their family. When the Big and Happy family moves in, weird and frightening incidents begin to occur. As a consequence of these unusual occurrences, worrisome Manoj begins to explore these strange occurrences and learns a terrible secret in the house's history. When Manohar understands that something sinister is going on, he begs his pal Inspector Shiva to help him save his family before anything tragic happens to them. 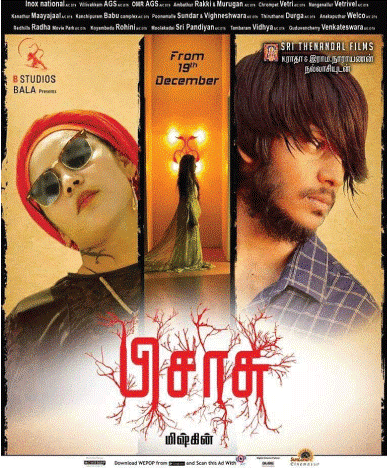 A violinist encounters a hit-and-run event in which a little girl is severely injured. He rushes to her help and takes her away to the hospital. The girl, on the other hand, dies in the hospital while clutching his hands. He soon finds that the girl's presence is haunting his house. Why is she present? What exactly does she want? The solutions to these problems are critical to the plot's development. 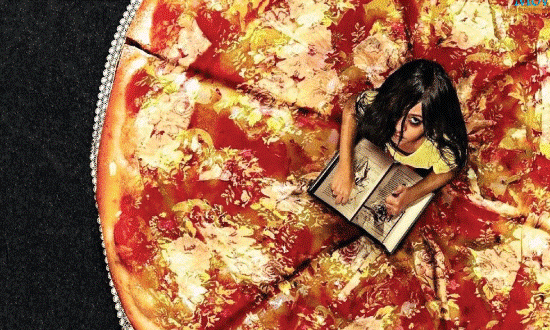 The plot of this film is around a pizza delivery guy who lives with his partner. When she informs him she is pregnant one day, he is caught off guard. They plan to marry and save their money for a big wedding later. However, one day, while making a scheduled delivery, he encounters something strange that changes his life forever. 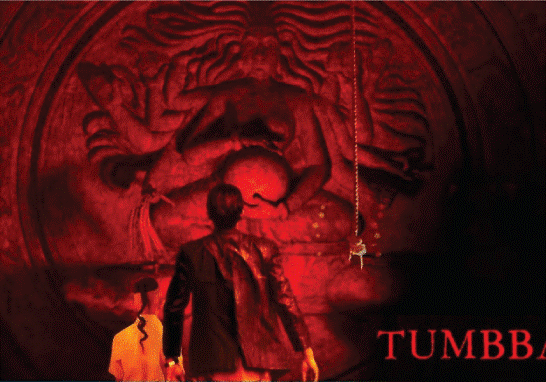 The film begins in the early twentieth century in Tumbbad, a village in which a single lady lives with her two sons.  She looks after a strange old woman who guards the mystery of an ancestor's treasure, which the older son becomes obsessed with. His mother forbids him from even bringing up the cursed fortune. As a result of misfortune, the family is forced to leave the village and relocate to the city. The mother forces her son to promise he will never return to Tumbbad. But his desire for riches drives him back to the town after 15 years, and this is when his life takes a change.