India has highly regarded universities, medical, engineering, and law institutions and continues to offer programmers’ including Bachelor, Master's, etc. The universities in India aim at providing intelligent and motivated students after completion of the course.

Students from all over the world see Indian colleges as the finest place to learn, largely due to the diversity of such elements as rich, multidimensional culture, technical advances, a broad range of

In India, universities are broadly classified into two types –

There are different things that make a university remarkable. These aspects include well-trained academics, good placements, and concrete infrastructure are some of the elements that are essential in building a university’s reputation.

The IIT, as well as IIM, are known as the centre of excellence. Many arts and humanities universities have recently been established in India to develop a multidisciplinary education system.

It might be a very tough undertaking to choose the correct university to study. In a situation of confusion, many kids are stranded.

The following list will be helpful in clearing all clouds of ambiguity and help them decide on the university to study. 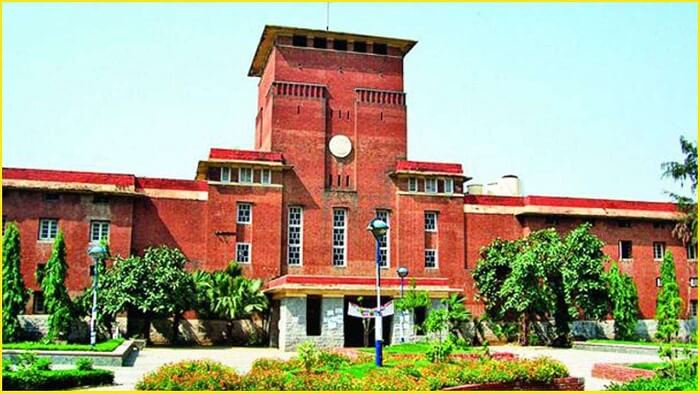 This enormous and large co-educational institution is officially recognised by the University Grants Commission of India. The University of Delhi is an Indian university of education. Delhi University (DU) offers courses and programmes in several fields of study leading to officially recognised degrees, including bachelor's degrees. International applicants may apply for admission to the university. Moreover, DU provides student services, including a bookshop, residential, sports centres, study and exchange programmes overseas, and administrative services, and a number of academic and non-academic institutions. 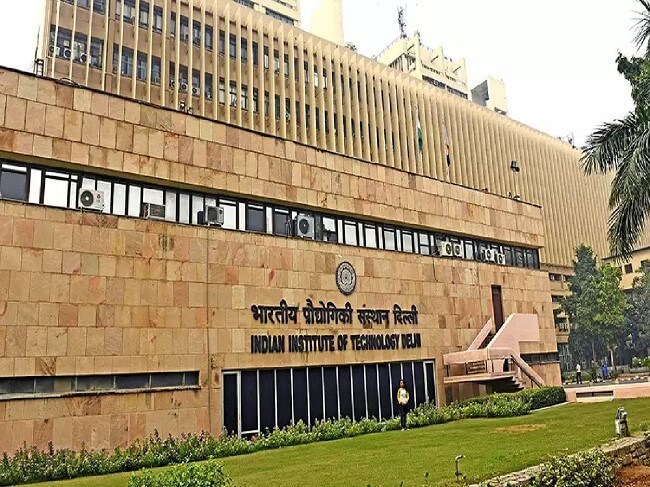 The Institutes of Technology Act 1961 regulates them and makes them national institutes of importance, and defines their powers, tasks, and governance framework. There are 23 institutes listed in the

Each IIT is autonomous and bound to the others by a common IIT Council, which is responsible for its management. The Education Minister is ex officio President of the Council of the IIT. By 2020, there were a total of 16,053 seats at all IITs for the undergraduate programmes. IITs are usually classified as Engineering Officials in India.

At the global level, IIT Delhi was rated as the highest, with 172nd rank in 2018 at World level University Ranking, followed by IIT Bombay (179th) and three other IITs, IIT Madras, IIT Kanpur, and IIT Kharagpur. All these were among the top 310. Whereas in 2019, IIT Delhi Bombay was ranked the highest closely followed by IIT Delhi, then IIT Madras Kanpur, and Kharagpur, and so on. 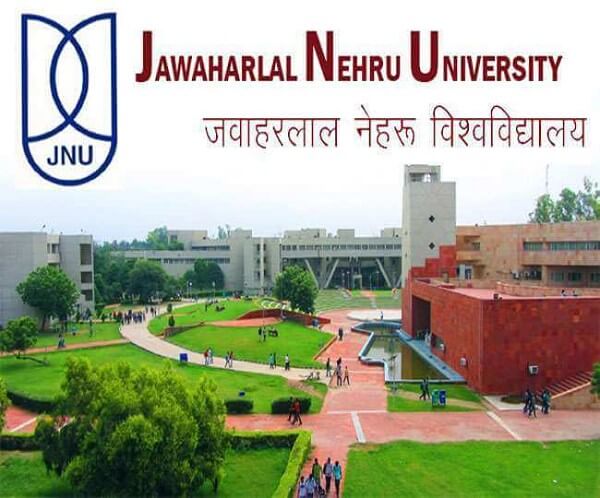 JNU was Created in 1969 and is situated in New Delhi. Jawaharlal Nehru University is a public institution that is a high educational non-profit organisation.

The University of Jawaharlal Nehru (JNU) offers classes and programmes to achieve officially recognised university degrees in several fields of studies, such as the bachelor's degree.

International students are invited to apply for registration.JNU also provides students with a variety of academic and non – academic facilities and services, including bookcases, housing, sports facilities, foreign schooling and exchange programmes, and administrative services. JNU is regarded as one of the esteemed universities in India and also has a lot of popularity worldwide; people wish to be part of this university. Admission to this university is on the basis of merit and entrance exam, which is considered as one of the toughest. 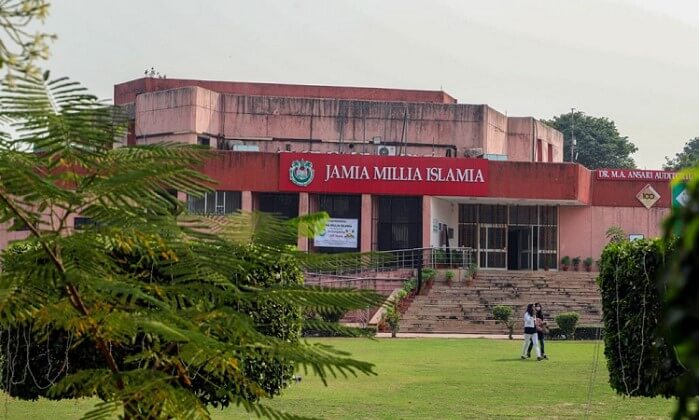 A selective admission procedure, based on entrance assessments and the past university history and ranks of the student, is implemented in this 100-year-old Indian higher education institution. This Indian higher education organisation's admission rate range is between 90 and 100 percent. Applicants from all over the world can apply for registration. JMI also provides students with a number of academic and non-academic facilities and departments, including the library, residential buildings, sports facilities, financial support and/or scholarships, overseas studies, exchange programmes, online courses, and remote training and governmental services. 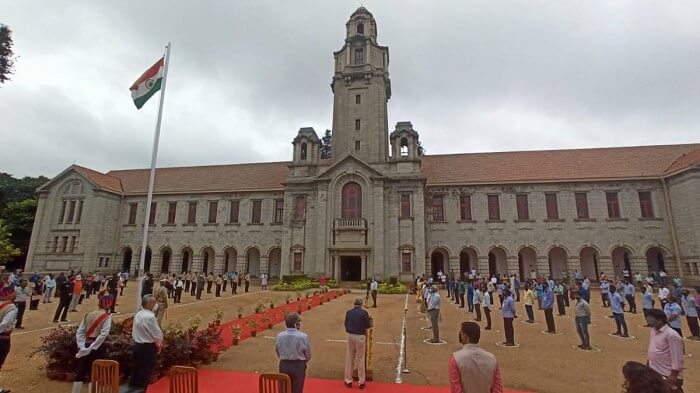 Founded in 1909, the Indian Institute of Science is a public, non-profit educational establishment in Karnataka.

The Indian Institute of Science (IIS) is an officially recognisedUniversity Grants Commissionof India and is a modest co-educational Indian higher education institution.

IIS also offers students a number of academic and non-academic facilities, services which comprises libraries, hostels, sports complexes, and even financial aid in the form of scholarships, finances to study abroad, and exchange programmes. The institution also includes online courses and multiple opportunities for distance learning and administrative services.

Banaras Hindu University was founded in 1915 and is a public, non-profit educational institution located in Varanasi, Uttar Pradesh.

Banaras Hindu University is officially accepted as a co-educational Indian higher education university that is formally associated with the Hindu religion, and it is officially recognised by the University Grants Commission of India.

Banaras Hindu University (BHU) offers courses and programmes in numerous fields of studies leading to officially recognised graduates from higher education, such as bachelors' degrees. A 105-year-old Indian higher education institution based on entry exams has a selective admission policy.

International applicants may apply for registration.

BHU also offers a wide range of academic, non-academic, and student services, including a library, accommodation, sports, and government services. 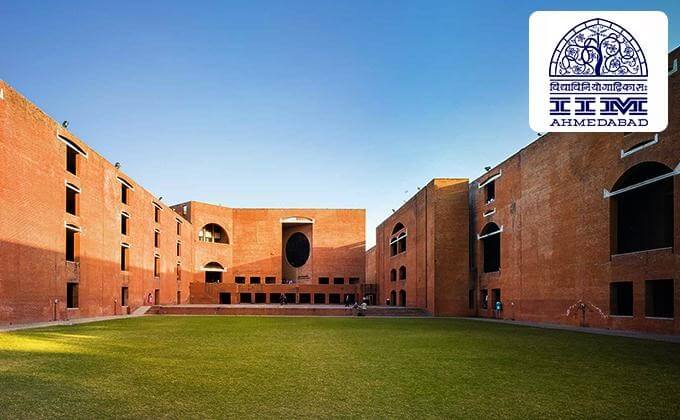 The Indian Management Institutes (IMIs) are management education and research institutes under the jurisdiction of the Government of India's Ministry of Education.

They offer primarily undergraduate, post-graduate, doctorate, executive, and some other programmes.

Jawaharlal Nehru, India's first prime minister, initiated the creation of the IIMs on the advice of the Indian planning committee.

The Ministry of Human Resources Development (MHRD), with the approval of the Indian Institutes of Management Act, 2017, has designated IIM's institutions of national importance.

Through this statute, IIMs were empowered to deal with their daily activities. The act transformed the IIM governing body into an IIM coordination forum. from the IIM Council.

IIMs received considerable flexibility to choose their courses, fees, and other associated issues.

In accordance with the National Institutional Ranking Framework (NIRF), which has been adopted by India's HRD minister, Top IIMs — such as IIM Ahmedabad, IIM Bangalore, and IIM Calcutta — have attained top 10 rankings among management schools.

This is a public research university based in Mumbai, India, committed to basic mathematical and scientific research. Tata Institute of Fundamental Research is located in Mumbai in India.

It is a Deemed University and operates under the aegis of the Government of India's Department of Atomic Energy.

It is in Nagar, Colaba, Mumbai and is located in Serilingampally, near Hyderabad. It has an affiliate campus.

TIFR mainly conducts research in the fields of the natural sciences, mathematics, biology, and informatics theory.

9. All India Institute of Medical Sciences 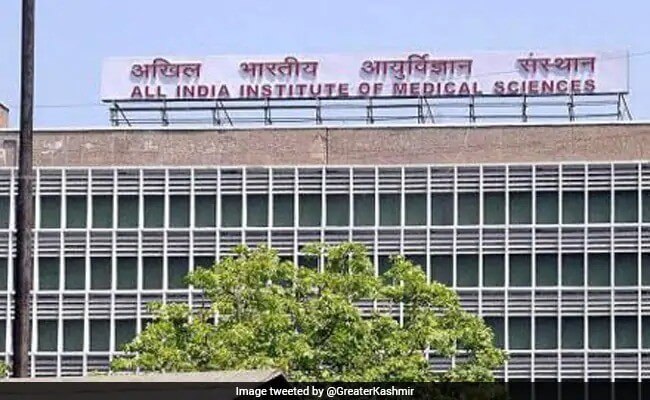 AIIMS New Delhi is a governmental hospital and medical research university based in New Delhi, India, the whole country of the Indian medical sciences institute. The institute functions under the Ministry of Health and Family Welfare autonomously and is controlled by the Act of 1956 on AIIMS.After a recommendation from the Government of India Health Survey in 1946, the idea of AIIMS.

Several famous people played their part in bringing the plan to fulfillment from then on to the creation and growth of AIIMS (Delhi New). The All India Medical Science Institute Delhi (AIIMS) provides courses and programmes, including bachelor's degrees in numerous areas of study and leading to recognised diplomas of higher education. Including libraries, foreign students, and exchange programmes, and administrative functions, AIIMS also provides numerous academic and non-academic facilities and services for students. 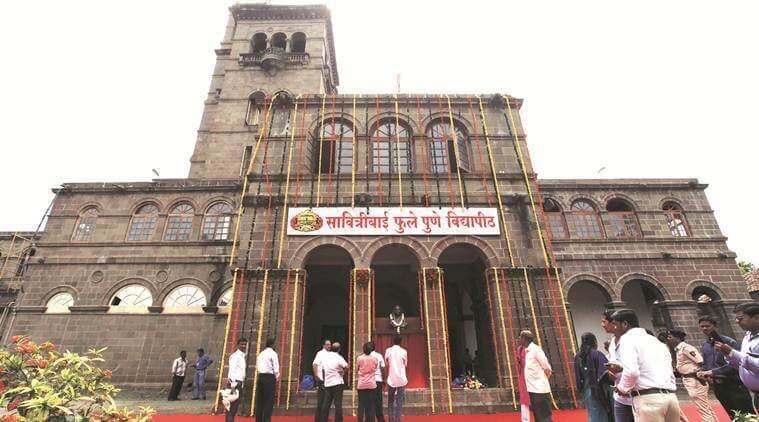 The University of Savitribai Phule Pune(SPPU) is a public state university in Pune, Maharashtra, and formerly the Universities of Pune and Poona.

Founded in 1949 and extended over a campus of 411 acres.Savitribai Phule Pune University is an Indian higher education institution that is officially recognised by the University Grants Commission of India. Savitribai University Phule Pune offers courses and programmes, including bachelor's degrees in numerous fields of study, leading up to officially recognised higher education degrees. International students are invited to apply for registration. The university has departments and centres that offer science, social science, administration, law,

Bonus: This is one university that is also considered to be in the top 10 universities in India. 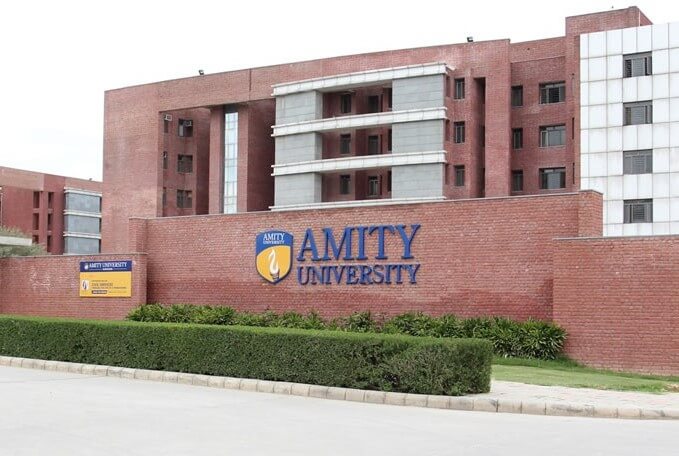 The Amity University was founded in 2005 and is a private, non-profit university based in Uttar Pradesh, the tiny town of Noida. The branch campuses are also located in this institution: Jaipur, Gwalior. Amity University (AUH) is a big indigenous higher education organisation that is officially recognised by the University Grants Commission of India.

AUH offers training and programmes in numerous fields of study, leading to recognised higher education degrees such as bachelor's degrees, master's diplomas, and doctorates. A selective admission policy based on admissions exams, academic records, and grades of the students of this higher education institution.