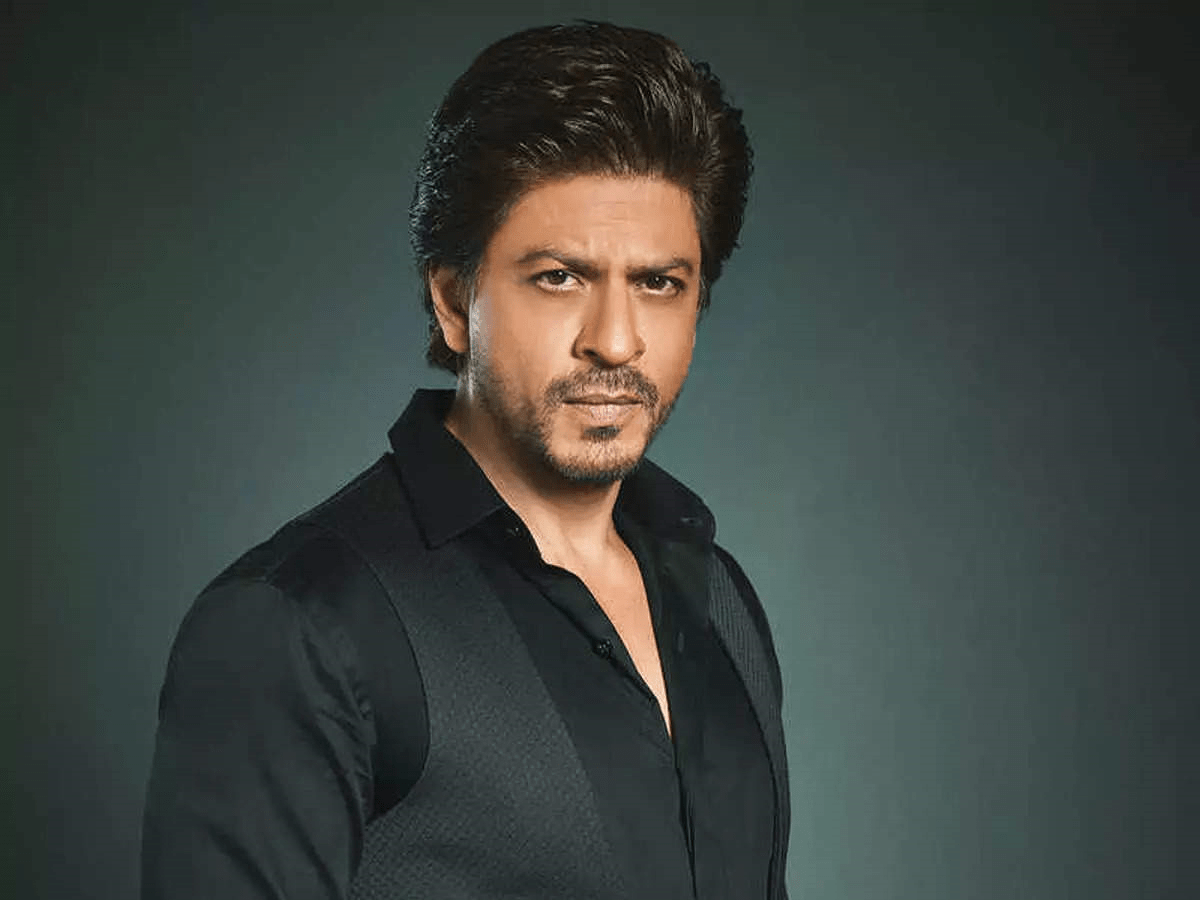 Shahrukh Khan was born on 2 November 1965 in New Delhi. When we talk about his educational qualification, he graduated from Hansraj College. Talking about his family, Shahrukh's Father was a social activist, and his mother was a housewife. Shahrukh Khan’s wife is Gauri Khan. She is a film producer, fashion designer, and interior designer. He is the father of 3 children: Aryan Khan, Suhana Khan, and Abram Khan.

Shahrukh Khan's first television show, "Fauji", provided him with a successful debut in the film industry. He signed his first Bollywood movie, "Dil Ashna hai", in 1992. The movie was a hit. He is also a producer, and he owns the Production house "Red Chillies Entertainment". Shahrukh Khan earns a major part of his income from brand endorsements like BYJU'S, DENVER, Disney Hotstar, etc. According to Forbes magazine, Shahrukh Khan’s net worth is around 750 million US dollars.

Amitabh Bachchan was born in Allahabad on 11 October 1942. When we talk about his educational qualification, he has done graduation from "The University of Delhi". Talking about his family, Amitabh's father was a famous Hindi poet Harivansh Rai Bachchan, and his mother was a social activist.

He is the father of 2 children, Shweta Bachchan Nanda, and Abhishek Bachchan. Amitabh's wife is Jaya Bhaduri Bachchan. She is also an actress and politician by profession. As an actor, his first movie was "Saat Hindustani" released in 1969.

Along with acting Amitabh is also a successful film producer, occasional singer, television presenter. He is also known as the Shahenshah Of Bollywood, Big B, Star of the Millennium, and Angry Young Man. Currently, He is a brand ambassador of Bikaji, Navrattan, Just Dial, ICICI and Polio vaccine campaign, and many other brands. According to Forbes magazine, Amitabh Bachchan's net worth is around 400 million US Dollars.

In his 55 year-long acting career, Amitabh has won numerous national and international awards for his unmatchable contribution to the film industry. 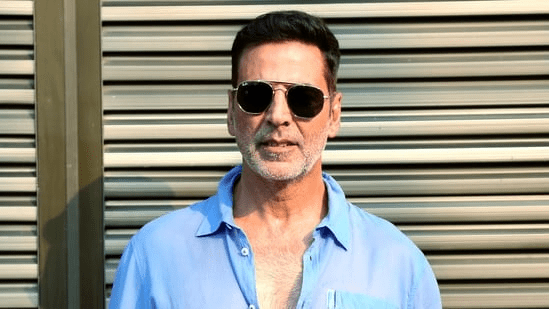 Rajiv Hari Om Bhatia, popularly known as Akshay Kumar, is a top-rated Bollywood actor. He was born on 9 September 1967. When we talk about his educational qualification, he has done graduation from Guru Nanak Khalsa College of Arts, Science & Commerce. Talking about his family, Akshay Kumar’s father was an Army officer, and his mother was a housewife.

Akshay's wife's name is Twinkle Khanna. She is an author, interior designer, and film producer by profession. He is the father of two children: Aarav Kumar, and Nitara Kumar.

Akshay Kumar's first movie was Saugandh which was released in 1991. He also owns a film production company. Akshay is the brand ambassador of several companies such as Policy Bazar, Harpic, Dollar, and many more. According to Forbes magazine, the net worth of Akshay Kumar is around 350 million US Dollars. 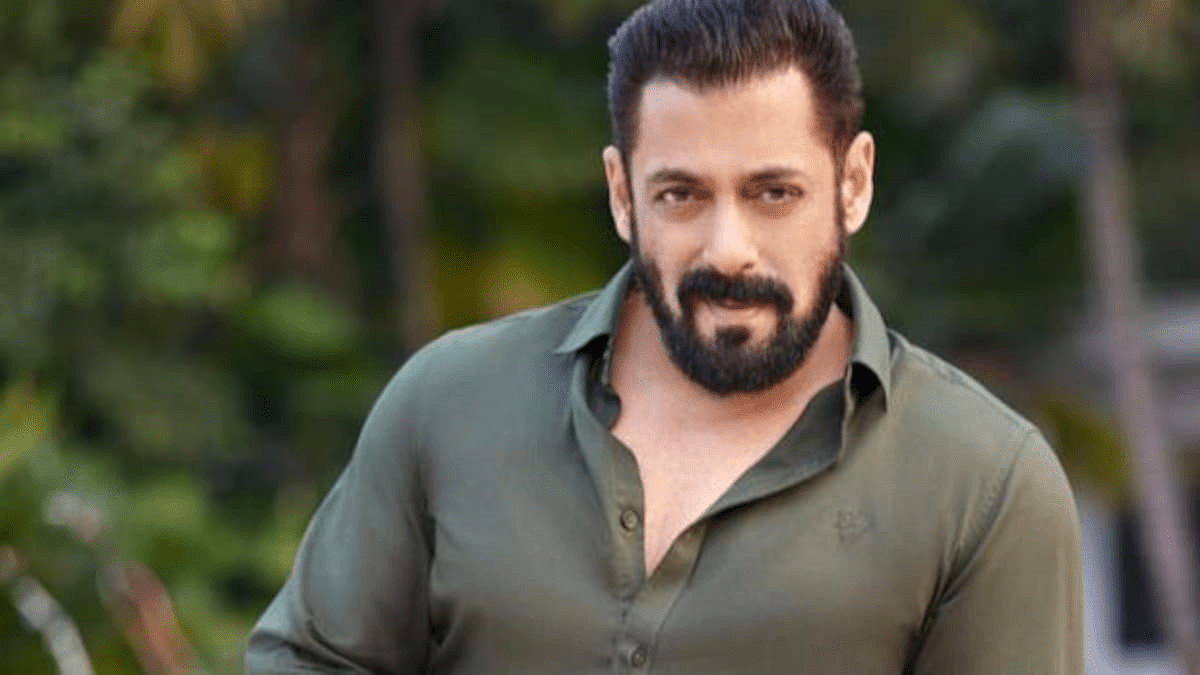 Salman Khan was born on 27 December 1965. When we talk about his educational qualification, he has done his graduation from St. Xavier's college in Mumbai. Talking about Salman’s family, his father, Salim Khan, is a screenwriter, and his mother, Sushila Charak, is a Hindu by religion who adopted the name Salma.

Salman Khan is nicknamed Bhaijaan. Salman Khan is the eldest son of Salim Khan. He started his acting career as a supporting actor in 'Biwi Ho Toh Aisi' and the first lead role in ‘Maine Pyar Kiya'.

He is the brand ambassador of many brands like Dixcy Scott, Pepsi, Suzuki motorcycle, Relaxo, Revital H, Thums Up, etc. According to Forbes magazine, his net worth is more than 310 million US Doller. Salman Khan has worked in 120 plus movies. 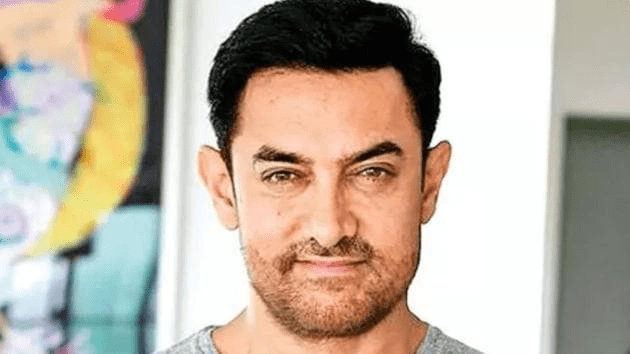 Aamir Khan was born in Mumbai on 14 March 1965. When we talk about his educational qualification, Aamir Khan studied at the SVKM's Narsee Monjee College of Commerce, Mumbai. Talking about Aamir’s family, his father, Tahir Hussain, was a film Director, Producer, and screenwriter, and his mother, Zeenat Hussain, was a writer.

Aamir Khan married twice. His first wife was Reena Dutt, whom he married in 1986, and after a seventeen-year-long relationship, they divorced in 2002. Later in 2005, Aamir got married to Kiran Rao.

He started his acting career as a child actor in 'Yadon ki Baarat," and his first film as a leading actor was 'Qayamat Se Qayamat talk’ in 1988. He is a brand ambassador of many brands such as star plus, phone pay, Samsung mobile, Vedantu, and many more. According to Forbes magazine, his net worth is more than 205 million US Dollars. 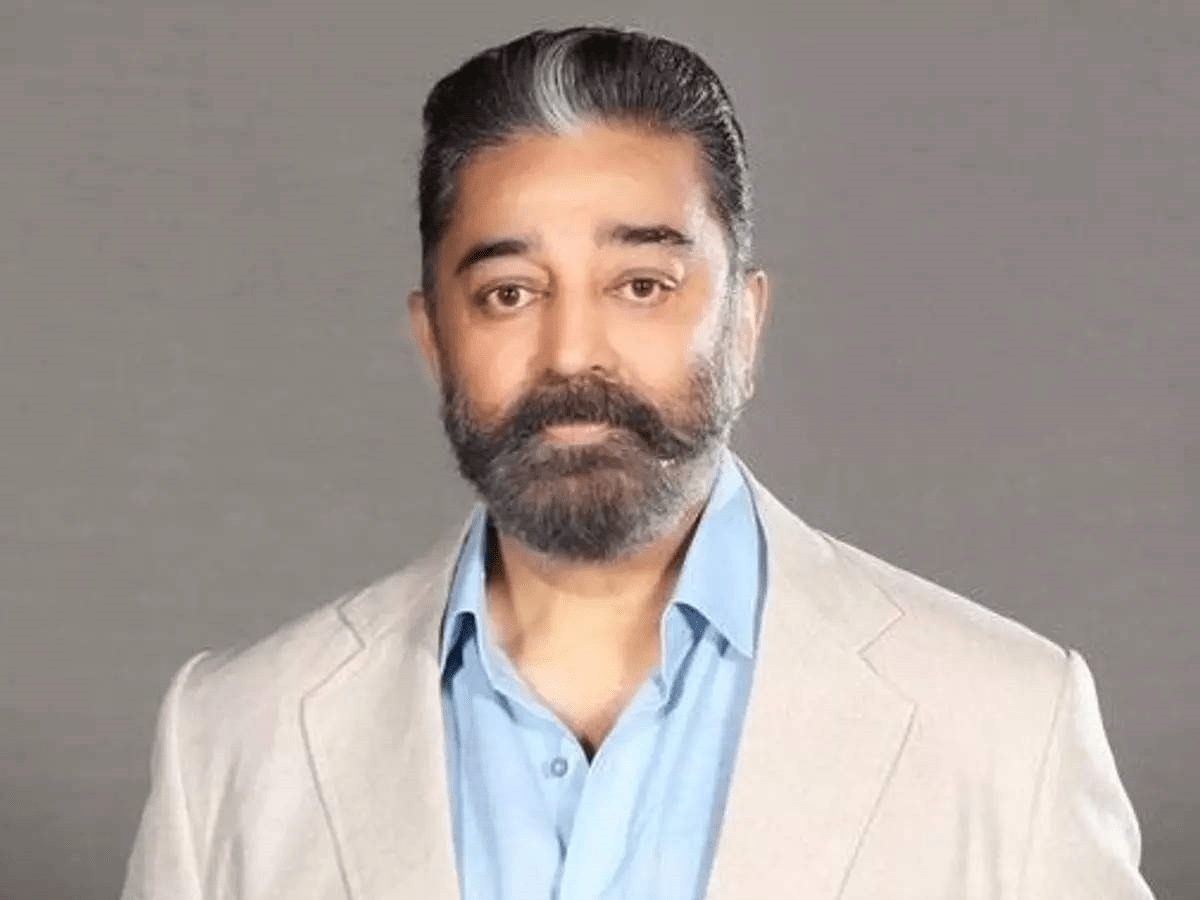 Kamal Haasan was born in Paramakudi, Ramanathapuram District, Madras. Talking about Kamal Haasan’s family, his father, D. Srinivasan, was a lawyer by profession and worked as a freedom fighter in India's fight for independence, and his mother was a housewife. Kamal Haasan is a President of tha Makkal Needhi Maiam.

Kamal Haasan married twice. His first wife was Vani Ganapathy, whom he married in 1978, and after 10 years of marriage, they divorced in 1988. Later, he married his second wife, Sarika Thakur, in 1988 and divorced in 2004. He is the father of 2 children, Shruti Hassan, and Akshara Haasan.

Kamal Haasan started his Acting carrier in 1960 as a child actor in the Tamil film 'Kalathur Kannmma', for which he won President's, Gold Medal. The first lead role was in the drama ' Apoorva Raagangal' in 1975, directed by K. Balachander. Kamal Haasan was one of the brand icons of the Pro Kabaddi league Franchise Tamil Thalaivas. According to Forbes magazine, Kamal Haasan's net worth is around 100 million US Dollars. 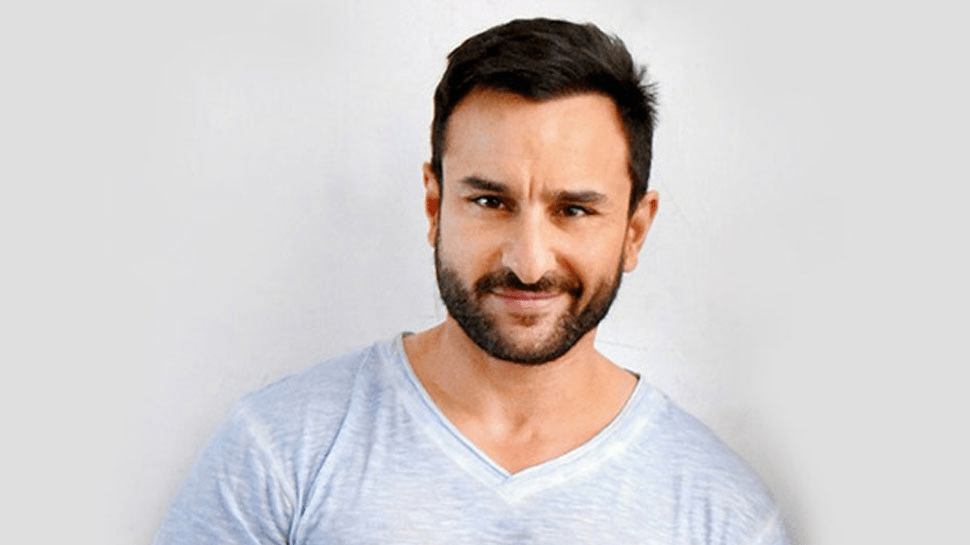 Saif Ali Khan was born on 16 August 1970. Talking about Saif's family, his father, Mansoor Ali Khan Pataudi, was a former India cricketer who was also the Captain of team India. His mother’s name is Sharmila Tagore, and she was an actress.

Saif Ali Khan married twice. His first wife's name was Amrita Singh, whom he married in 1991, and after a long married life, they divorced in 2004. And Second wife's name is Kareena Kapoor Khan, whom he married in 2012. Saif Ali Khan is the father of 4 children, two with Amrita Singh and two with Kareena Kapoor. The name of his children is Ibrahim Ali Khan, Sara Ali Khan, Taimur Ali Khan, and Jehangir Ali khan.

Saif Ali Khan started his acting career with the movie Parmpara which made him an overnight star. He is the brand ambassador of Asian paints, head and shoulders, and many other brands. As per Forbes magazine, his net worth is around 100 million US dollars. 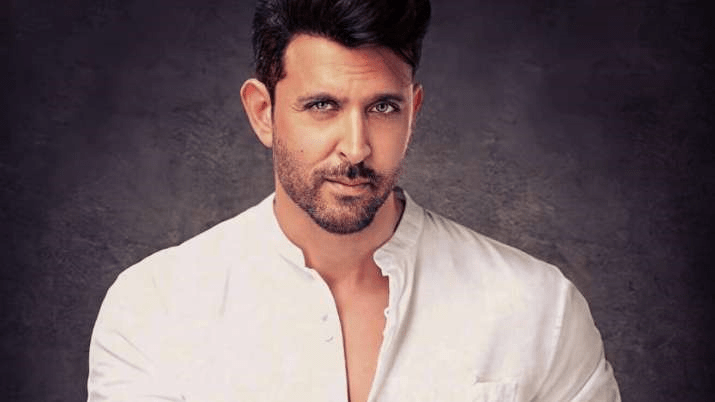 Hrithik Roshan was born on 10 January 1974. Talking about Hrithik’s family, his Father is Rakesh Roshan, among the biggest directors and producers in the Indian film industry.

Hritik Roshan married Sussanne Khan, a fashion designer, and Interior designer. They got married in 2000, divorced in 2014, and have 2 children, Hridaan Roshan and Hrehaan Roshan.

He made his debut in 'Kaho Na Pyaar hai’. The movie was a box office super hit at the time and achieved many awards. He is the brand ambassador of Coca-cola, Euro, Mountain Dew, and his own brand HRX. According to Forbes magazine, his net worth is around 60 million US dollars. 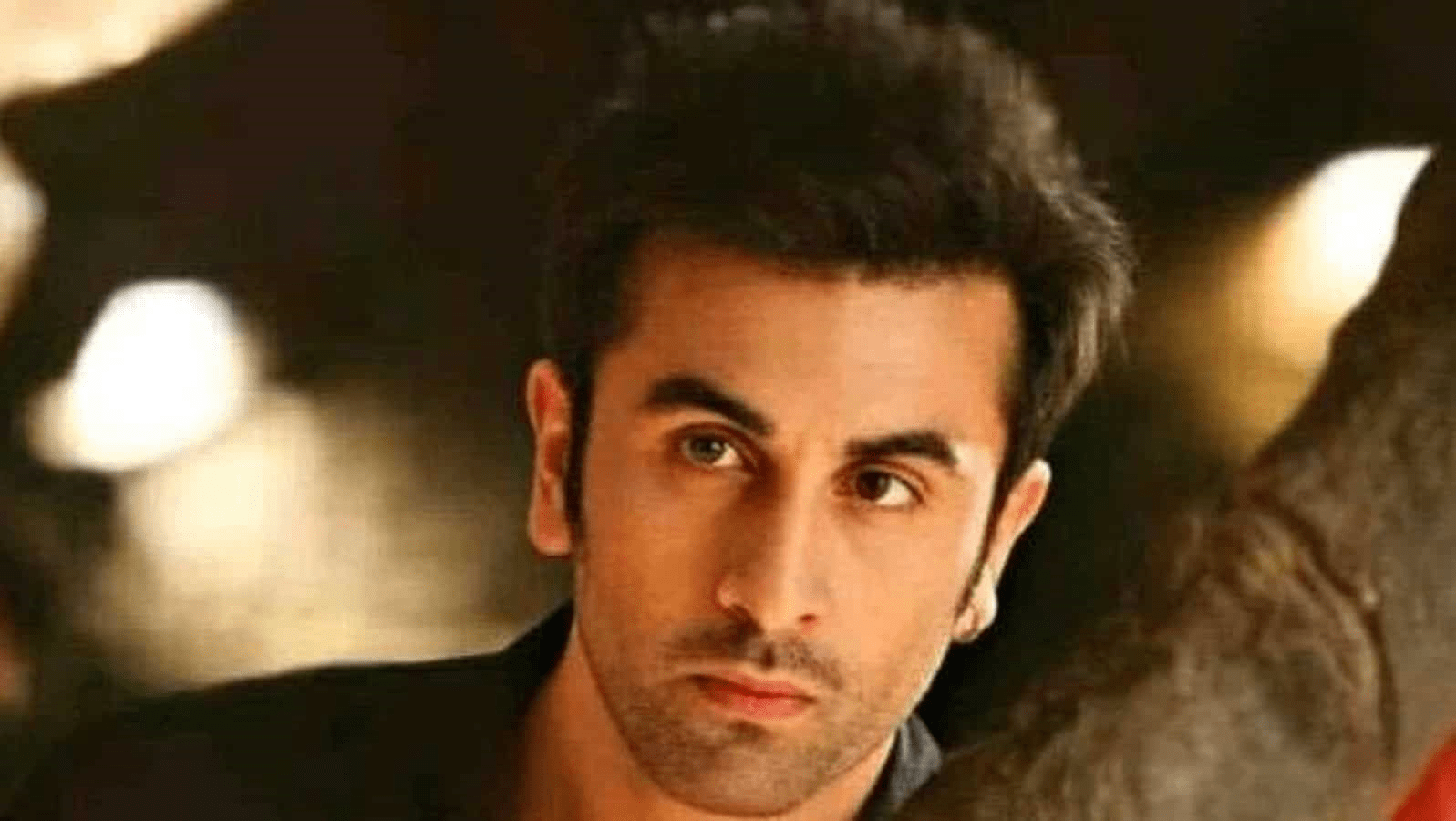 Ranbir Kapoor was born on 28 September 1982. Ranbir belongs to the legendary Kapoor family of Indian cinema. When we talk about his educational qualification, he completed his studies at the HR College affiliated with the NYC School of Visual Arts.

Ranbir's father, Rishi Kapoor, was one of the earliest superstars of the Indian film industry, and his mother, Neetu Singh Kapoor, was an actress. Ranbir’s first film was Saawariya which was released in 2007.

Currently, he is among the highest-paid actors in Bollywood and is the brand ambassador of Oreo, Renault Panasonic, and many more. According to Forbes magazine, his net worth is more than 50 million US dollars. 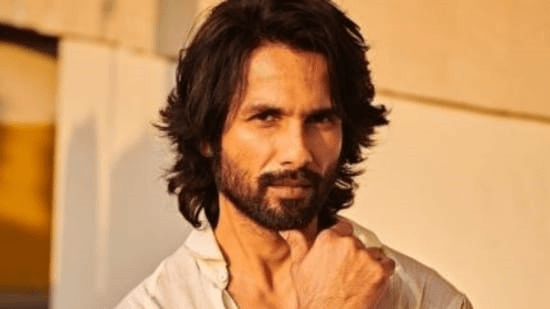 Shahid Kapoor was born on 25 February 1981. Shahid Kapoor’s parents are Pankaj Kapoor and Neelima Azeem. He had to face his parents' divorce at a very young age of three, and then he started to live with his mother. Shahid entered the field of entertainment after admitting to the dance academy of Shiamak Davar.

Later, Shahid Kapoor started working in the movies. Over the years, Shahid has been a part of some of the most successful Bollywood movies, which gave him the deserved recognition and wealth.

Moreover, he is also the brand ambassador of several companies. Such endorsements and contracts have increased the wealth of Shahid Kapoor. Recently, Kabir Singh, a movie by Shahid Kapoor, proved to be a major success at the box office, which has resulted in a further increase in his net worth.