All of us havewitnessed an enormous change in the types of movies being created and launched out of Bollywood industry in recent era. People may access content from anywhere in the world because of the abundance of digital platforms. This meant that we had to step up our game in terms of content quality. The most significant effect of this was that it allowed producers, directors, and actors to take more risks in their work by attempting to create content that differed from the commercial masala blockbusters that we'd been accustomed to viewing for decades. Shahid Kapoor starred in the recent hit Kabir Singh as a man who struggled with anger and was also an alcoholic.

His character was unkind to women and believed he should haveand deserved everything in his life. Previously, performers would avoid such roles out of fear that it would harm their image in the eyes of the audience, but Shahid took the risk, and the box office results spoke for themselves. Below, is the list of top ten Bollywood movies of all time, let’s get started to know these.

With major releases planned in the coming months, Bollywood is always prepared to amuse in a big manner.

In an era when every Friday delivers a new box office delight, we present the Top 10 Best Bollywood Movies of All Time.

Here is all the information a Bollywood junkie would need about the greatest in B-Town. This area is for all those who live for entertainment, from the cast to the review and a brief overview of the film. 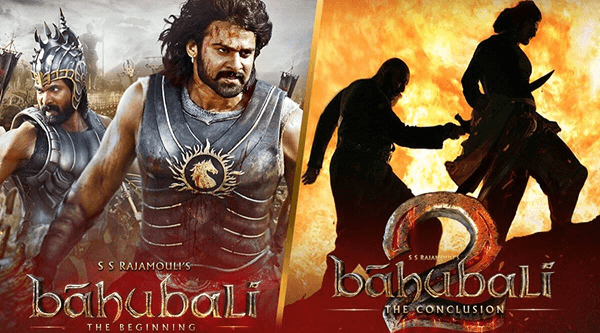 The Baahubali series raised the bar for visual effects in Indian cinema to a whole new level. It was a visual spectacular on which the entire country feasted. Baahubali 1 was certainly a success, but Baahubali 2 lived up to the great expectations set by the original film in many ways, most notably by providing an explanation to the riddle of why Kattappa killed Baahubali.

SS Rajamouli deserves credit not only for nailing the aesthetic aspect of the picture but also for making it an emotional roller coaster trip. He immerses you in his imaginary world and makes you feel like you're a part of it.

Baahubali 2 has become India's biggest film, not just in terms of budget and magnificence, but also in terms of the box office.

Baahubali: The Conclusion, directed by SS Rajamouli, has had a phenomenal global opening and is on its way to becoming the highest-grossing Indian film of all time. 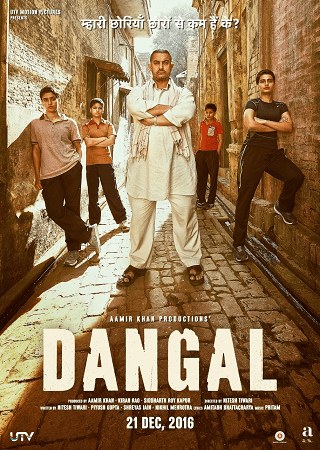 While Aamir Khan was the film's greatest star, he decided to sit back and allow his on-screen daughters to take the spotlight in this one. Dangal relies on Aamir Khan's character, Mahavir Singh Phogat, and his journey to make his two daughters into world-class and eminent wrestlers. The film begins by explaining how Mahavir Singh had to abandon his dream of earning a gold medal for India owing to family obligations.

Later, he realised that he might achieve his desire through his own son by making himself worthy. His dream, however, will never come true now that his wife has given birth to a fourth daughter. Later on, he discovers that gold is gold regardless of whether a girl or a guy gets it, and from that point forward, he devotes everything he has to make his daughters good enough to compete with the finest in the world.

We are all aware of Aamir's dedication as an actor, but with this film, he set a new standard.

While the actor could have easily put on a bodysuit to play the character of an overweight elderly man, he decided to gain the weight in reality in order for his body language and actions to appear real and authentic to the audience.

In terms of authenticity, the film's primary cast also underwent professional training before filming began in order to move and fight likes a professional wrestler. Their efforts were not in vain, as Dangal went on to become a huge success. 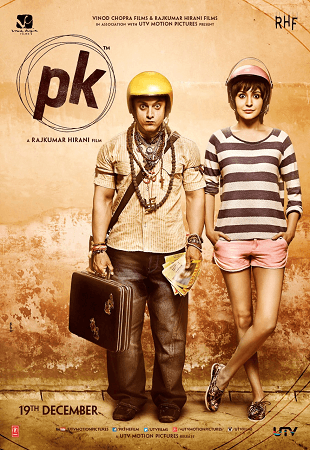 Another blockbuster was directed by Rajkumar Hirani. Something about his narrative style entertains the audience while also striking a soft area in their hearts. In PK, Aamir Khan played an alien who visits Earth but loses the technology he needs to return home.

Stranded on a new planet by himself, PK ( Aamir Khan ) learns to comprehend the workings of our society, which is clearly wrong in many ways.

The film lets us realise that many rituals and conventions we believe to be "normal" have no logic or justification behind them, and we only follow them because our elders who went through the same experience taught us to.

In the film, Anushka Sharma portrays Jaggu, Pk's lone buddy and a journalist who helps him explain his discoveries to the rest of the world. 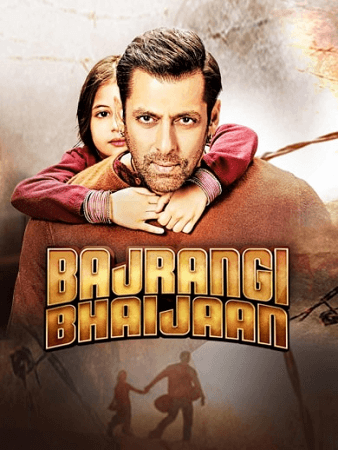 Bajrangi Bhaijaan distinguishes out from almost every other Salman Khan film. Like in this one, he's been playing a sensitive, naive, and innocent Pawan Kumar Chaturvedi, a.k.a. Bajrangi, instead of the muscular and strong man- a hero larger than life. Pawan feels that no matter whatsoever, he should always do better for society.

So, when he stumbles across a lost child and learns that she is from Pakistan, he makes it his duty to return her to her parents.

This heartfelt story has many light elements, and it becomes more enjoyable when Nawazuddin Siddiqui, who portrays a local news channel reporter, gets entangled in the film. 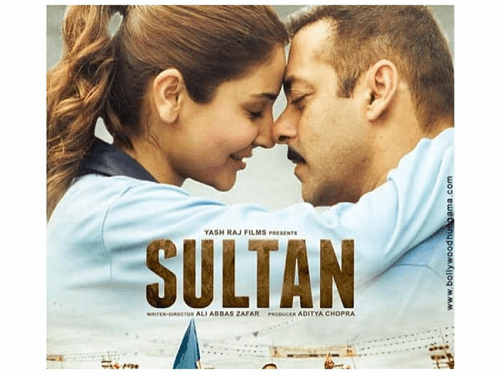 Salman Khan played a 40-year-old former wrestler in Sultan film who has seen life's pullback and peaks. In the blink of a moment, at a time when nobody could beat him, we have been introduced to Sultan's younger self. But today, Sultan is only his old self's shadow.

For years life has knocked him down. Although he understands that Sultan is down, he knows he is not out as well. He is also an enormous motivator for his comeback to win Aarfa's (Anushka Sharma).

Just like Bajrangi Bhaijaan, the role of Salman in the movie is not his customary bigger persona than life.

The man you see in the ring is modest and very distinct from your usual superstar of Bollywood. He is frightened of his adversaries and also acts not powerful.

However, the film checks every box of being a terrific entertainer to the pleasure of Salman Khan enthusiasts. Do not go, though, to hunt for a twist. We all know what to expect in such a movie, but the ultimate win is still enjoyable. 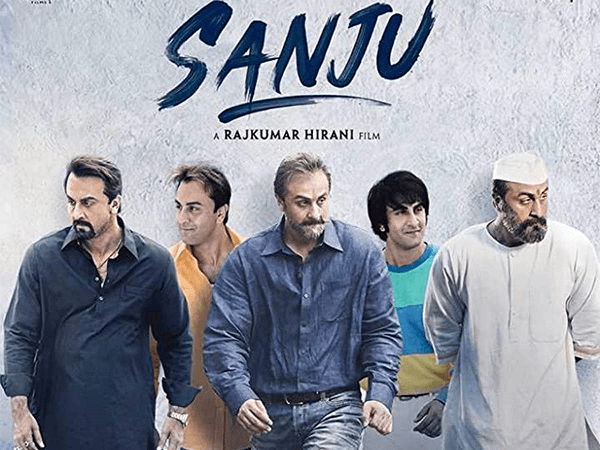 Biopics are also a trend that Bollywood appears to have captured. We've seen biopics about sports figures, politicians, free fighters throughout the last few years. But an actor's biopic was something unusual, particularly one that was so full of ups and downs.

The actor was faulty, Sanju, where Ranbir Kapoor performed Sanjay Dutt's part. They demonstrated to him that he was a drug addict, a womaniser, and a person who could not understand the importance of family.

But life comes to full swing at the end when he realises his errors and seeks retrieval.

With his precision, the actor succeeded in perfecting his body language, the tone of his voice, and the ways that assured the audience that they saw Sanjay Dutt on the giant screen. 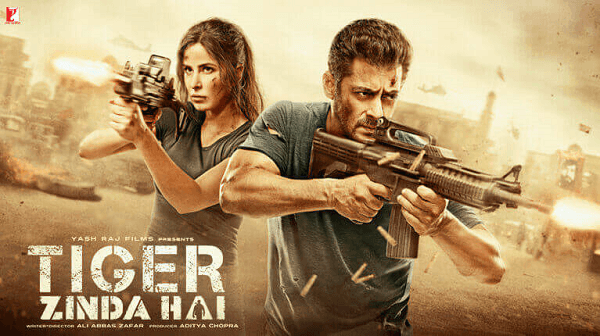 Tiger Zinda Hai was the successor to Ek Tha Tiger, featuring Salman Khan and Katrin Kaif. The film, directed by Ali Abbas Zaffar, starts at the end of the first part.

Tiger and Zoya have built their own paradise far from the fighting zone. But they are ordered to go back to the office when a situation of hostage arises when 21 Indian nurses are taken captive by a terrorist organisation known as the ISC.

In this film, Salman Khan did what he does best – in his own distinctive method to beat the bad guys. Also, Katrina Kaif performed well and took a lot of praise for her performance because she was a persuasive ISI operative. 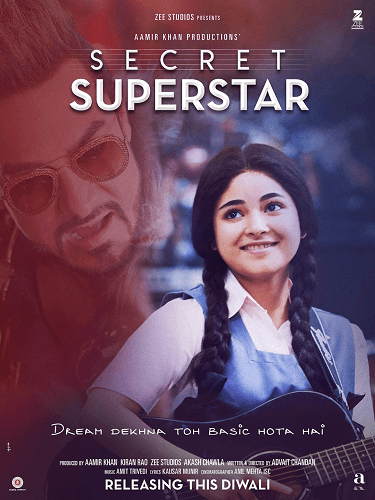 Secret Superstar is an Indian dramatic 2017 film by Adva Chandan, produced under the studio Aamir Khan Productions by Aamir Khan and Kiran Rao. Zaira Wasim, Meher Vij, Raj Arjun and Aamir Khan are the stars of this movie.

A young lady who desires to be a singer, who uploads videos on YouTube and hides her identity with a niqab, and her interactions with her mother, her dad, and her mentors, narrates the coming-aged tale. The movie addresses social topics such as feminism, gender equality, and domestic abuse. Overall, critics gave the film positive reviews. 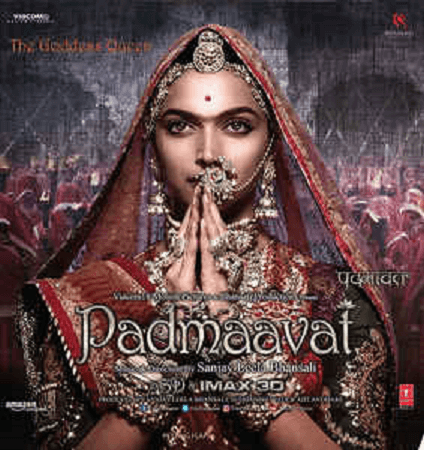 Padmaavat was a movie confronted with a lot of controversies before it could be released, but when it struck the theatres, it lit fire to the box office and ticket sales.

In the magnum project of Sanjay Leela Bhansali with its magnificent set at Rajasthan, we saw the story of Queen Padmavati. The character has been beautifully played by Deepika Padukone, who is married to a heroic king played by Shahid Kapoor. The movie shows both of them living in a flourishing empire until an audacious Sultan, played by Ranveer Singh, learns about the Queen and develops an imperial obsession for the beauty of Padmavati.

Every movie's frame seemed like a picture, spread over Afghanistan, Sri Lanka, and Rajasthan. While the event came in for acclaim by Shahid and Deepika, whereas Ranveer stole the stage.

His harsh and clever portrayal of Khilji shocked all up. It is never easy to play a nasty character on the screen, but Ranveer got completely immersed into his character and performed brilliantly. 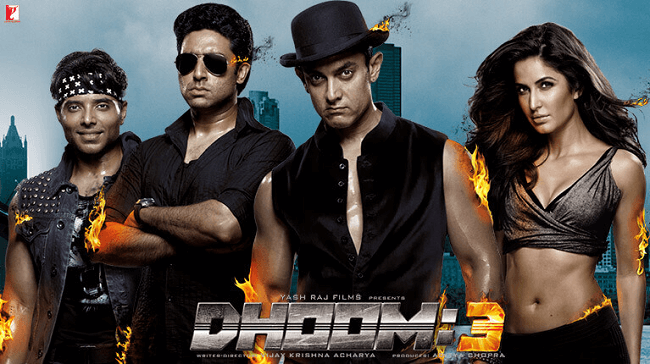 In Dhoom 3, The public could not have more of him when Aamir Khan played a double role in the movie.

Perhaps this suave thriller led by Vijay Krishna Acharya with Aamir Khan, Abhishek Bachchan, Katrina Kaif, and Uday Chopra was not greatly assessed but was booming at the box office.

In one way or another, we all have defects. Kabir Singh was also a faulty man's tale.

Kabir Singh is a college topper played by Shahid Kapoor, who has anger-management problems. 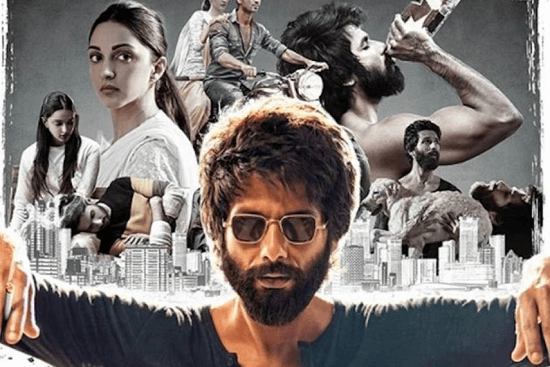 Almost everything he tries to handle is excellent, but sometimes the rage gets better. The junior Preeti (Kiara Advani) falls in love with Kabir and makes his intentions known to the whole institution.

She will not be able to get her marriage approved by her parents and forcefully she has to marry a boy they want.

Sadly, it seems that Kabir can't overcome her and transforms into a drug addict who tries to adorn the agony of her loss through drugs.

The film is called the modern version of "Devdas," where both critics and the public commend Shahid Kapoor's acting.