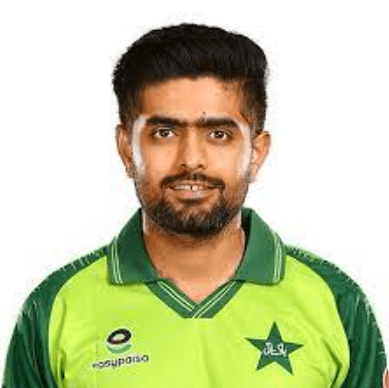 Babar Ajam is a right-handed batsman. In the current scenario, He is the most talented player in the Pakistan men's cricket team. As of now, he is also the captain of the Pakistan international cricket team. He has some great skills that make him better than any other one. Many cricket legend has accepted that Babar Ajam’s cover drive is the most beautiful shot of cricket. He can smash boundaries on each boll which is most important for any T-20 batsman. He is in number one position in the list of top 10 T-20 batsmen and he is breaking many records of legend Virat Kohli, which shows he is really a great player. In April 2021 he secured number one ranking in the shortest format of cricket. To date, he is in the number one position in the list of top 10 T-20 batsmen.

He was the captain of the Pakistani under 19 team in 2012, where he was the leading run-scorer for Pakistan in that tournament. He played six matches and he made 287 runs with an average of 57.40. 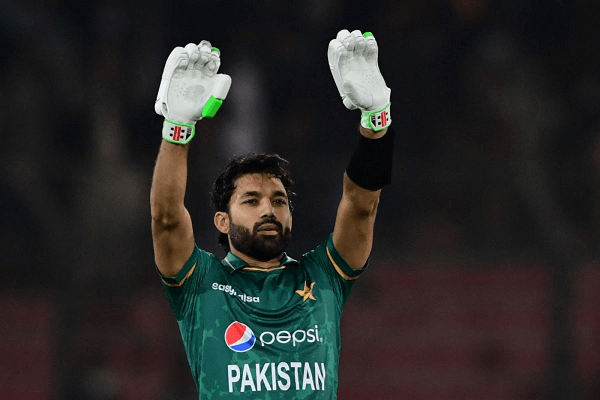 Mohammad Rizwan is a great player in the Pakistani cricket team, he is representing Pakistan since 2015. He is a right-handed batsman and a wicket-keeper. It is not easy for a wicket-keeper batsman to manage his skills because he has to do a lot of hard work, in both fields but despite it, he has managed both skills very well and currently he is showing his art very well and this is the only reason why he could secure the second position in the list of top 10 T-20 batsmen. In many interviews, he told that he wants to be like Adam Gilchrist.

Mohammad Rizwan strongly believes in his religion. You can always see him praying to his god. 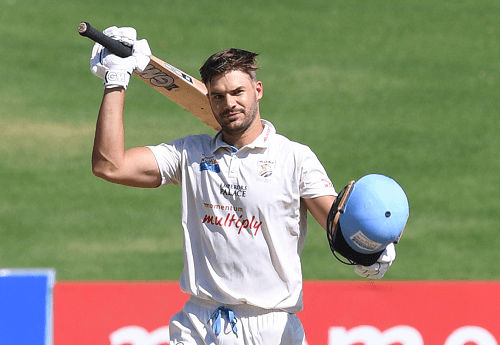 Aiden Kyle Markram is the right-handed top-order batsman of South Africa. He is a great top-order batsman who was also the captain of South Africa’s cricket team when South Africa won the under 19 cricket world cup in 2014. His height is more than 6 feet which is very helpful for his cricket career as height helps every batsman to show his power. Currently his age is only 27 years by which we can say that he has a long cricket career ahead. Further, he is also a good fielder and a good part-time spin bowler. 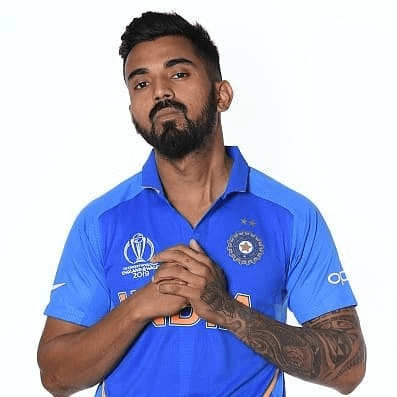 In 2014 when Rahul was selected for Royal challengers Banglore at that session Rahul's performance was not too good despite it the great pacer of the South Africa cricket team predicted that Rahul will play for India very soon. 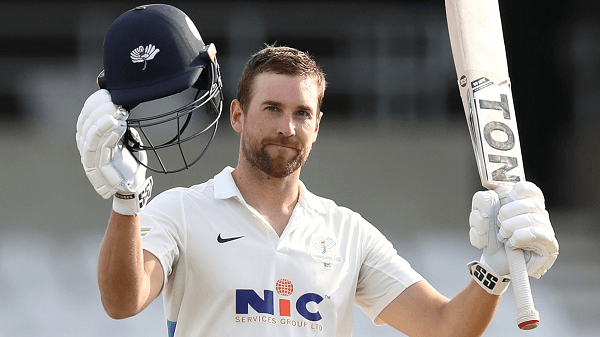 Dawid Malan is an English cricketer who was born in South Africa on 3 September 1987 and he has make his cricket debut for his national team on 27th July of 2017 During a long period of time, he ranked as the number one t-20 batsman, but now he is ranked fifth in this list. He is a left-handed batsman who comes to play at one down and he is also a part-time bowler who can bowl Right-Arm leg break. Currently, his average is 41.30 in T-20 cricket which is a good average for any player.

In the previous season of the Indian premier league, he played for the Punjab kings, but until now, his IPL career has not been as successful as his international career.

He was born in South Africa, but he currently plays for England. In order to play for England, he needed to work hard, and now he is a member of the English cricket team. 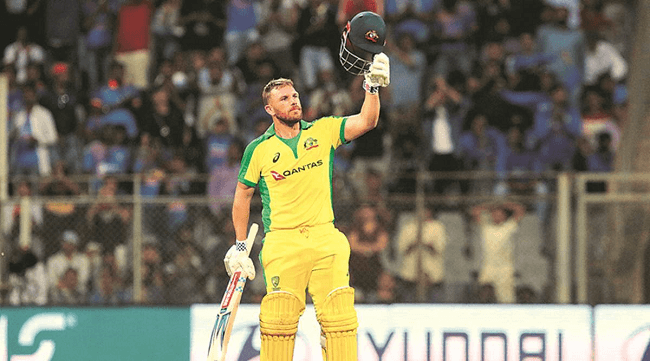 Aaron Finch is the captain of the Australia men's cricket team in limited-overs cricket. He is a right-handed batsman who can bat in the top-order of the Australian cricket team. He is an aggressive batsman who can change the game within a few overs. Aaron Finch is famous because of his power-hitting. The fact that his team won a cricket world cup under his captaincy was a great achievement for Aaron Finch but in this tournament, his performance was very average but after all this, he finished the year with a world cup victory. In 2006 he had selected for Australian under 19 teams in that year he played under 19 world cup for Australia at the time he started his career as a middle-order batsman but he is a backbone of the Australian cricket team till today.

He was banned from the national academy in 2007 for not keeping his room clean. Although, it was a fun fact, not an interesting one. 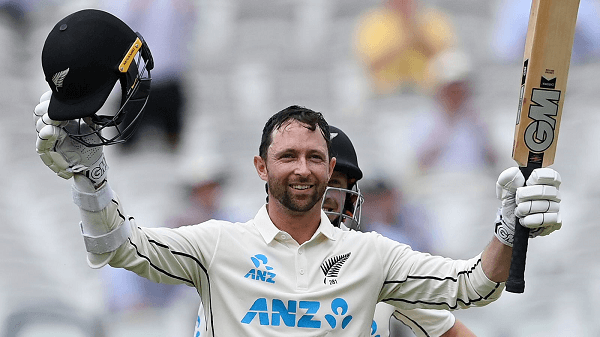 Devon Philips Conway is a player of the New Zealand men cricket team. His name is mentioned in the list of those players who were born in another country and played for another country. Mr. Conway was born in South Africa on the 8th of July in 1991 and currently, he is playing for the New Zealand team; in march 2020, the ICC declared that Conway would be eligible to represent New Zealand cricket team and after that decision on 27 November 2020 he made his debut for the New Zealand cricket team and started his cricket career as a left-handed batsman. Further, he can bowl from the right hand. At the age of 30, his cricket career is going very well, and we can say that at the end of his career he will be a great cricketer from New Zealand. 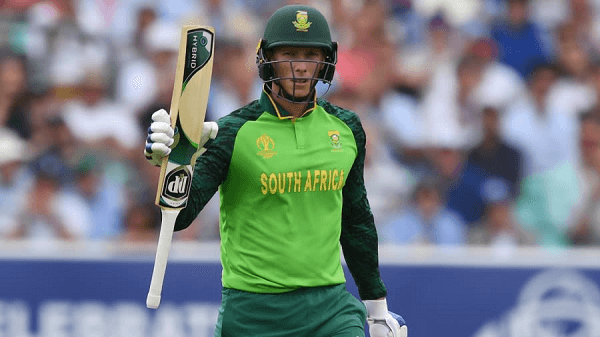 Hendrik Erasmus ‘Rassie’ van der Dussen is a player of the South Africa national cricket team, he made his international debut on 9 October 2018 when he played a T-20 cricket against Zimbabwe. Like his name his role in the South African team is also big, he is a top-order batsman who can hit big strokes on every ball. When many senior players were announcing their retirement from the South African team, it needed some players who can handle the team. At that time the biggest name was Rassie Van Der Dussen and till now he is not only a player of T-20 but also a good player of one-day matches and test matches. Currently, he has secured 8th rank in the list of top 10 t-20 batsmen.

In one day cricket, his average is above 74 which is more than Virat Kohli and Joe Root. He represents the Highveld Lions cricket team in his domestic cricket whose captain is Temba Bavuma. This team was created in 2003 and it is the oldest domestic team for South Africa. 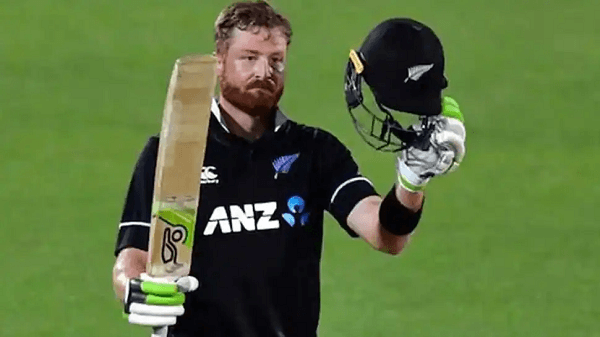 Martin Guptil is an international player of team New Zealand. He plays in top-order and is a big hitter who can hit big sixes on each and every over. In the 2015 world cup, he played an inning that made him too much famous all over the world that inning came in the quarter-final match when Guptil made 237 runs. This inning made him the first Kiwi player who made a double hundred in a one-day match. At this time, Guptil’s age is above 35 but he has maintained himself by which he can easily beat any new player in any format of Cricket. His one-day average is more than 43 but if we talk about his world cup average, it is around 57 which shows he is a player of big matches. He is a perfect player for all three formats of cricket. He can smash sixes in the one-day cricket, he can rotate strikes and if we talk about test cricket, he can easily defend any ball.

In the 2015 world cup, a match was played between New Zealand and West Indies. In this match, Guptil created history by making 237 runs in only 163 balls with the help of 24 boundaries and 11 sixes. Until that match, there were very few players who made a double century in a one-day match. 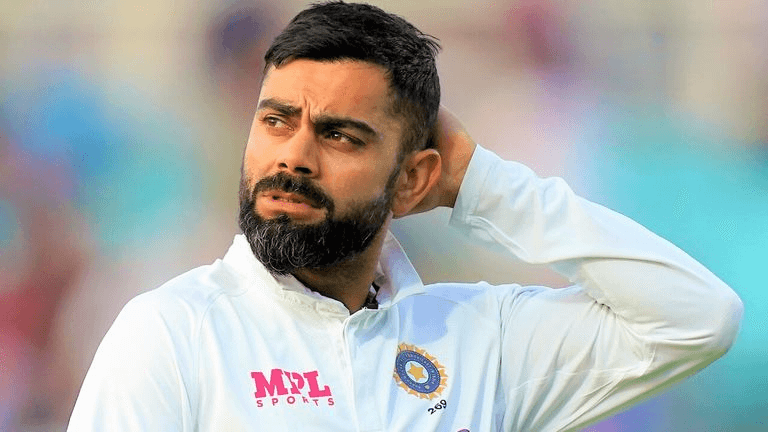 If you have ever heard something about cricket then it is confirmed that you would have here this name, Virat Kohli. He is the king of cricket and the inspiration for youth. Every young player wants to be like him.

Currently, at the age of 33 but he is faster than a boy of 22. He does not have a big body but he can smash the ball out of the ground. As of now, he is the only player whose average in all formats is more than 50. Further, he has already made 70 century in international cricket, he was also part of the team that won the world cup in 2011. In the final match, his partenership with Gautam Gambhir was too much important for India because at that time India was at 21/2 and already lost Viru and Sachin but then Virat came on the field and made a hundred runs partnership with Gauti, because of that partnership India won the world cup.

If we talk about Virat Kohli then everything is interesting which is related to him. But if we talk about some particular things then we can say that under his captaincy India has won an under nineteen world cup and he was the captain of the Royal Challengers Bangalore IPL team.