India's cinema consists of films made in the country, which produces about 1800 films every year. In 2015, India's overall box office gross was US$2.1 billion, world's third greatest in the world. The total revenue generated by Indian cinema in 2019 was $2.7 billion.

For example, Bahubali: The Beginning was dubbed in over three languages, sparking a pan-India movie movement. Millions of Indians watch Indian films around the world, and the industry generates around 12% of the country's revenue.

As per IMDB Best 10 Directors in India are as mentioned below. 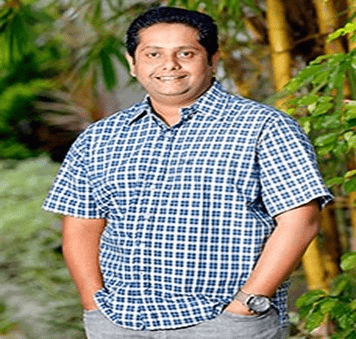 He was born in a village named Mutholapuram, Kerala, India, on November 10, 1972.

Jeetu rose to his prominence following the launch of Drishyam, which went on to become the greatest Malayalam film of all time. Jeetu debuted his Tamil breakthrough with Papanasam (2015), followed by movie Thambi (2019) and The Body (2019) in Hindi (2019). 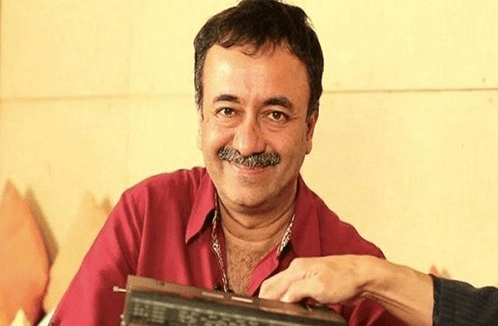 He was born and brought up in Nagpur, Maharashtra, India. His date of birth is November 20, 1962 officially. His popular nickname is known to be Raju.

Rajkumar Hirani is a filmmaker and editor from India.

Many of them have won many accolades, including national ones. 11 Filmfare Awards are among his honors. Rajkumar Hirani Films is his production firm, which he founded and owns. 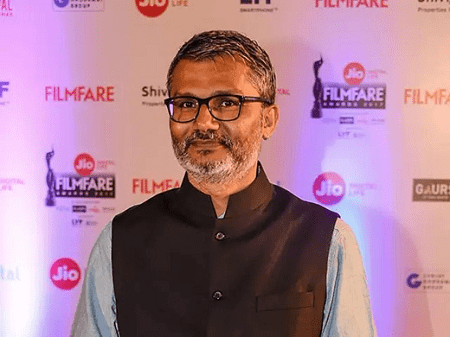 Nitesh Tiwari is an Indian movie director, scriptwriter, and lyricist who was born on November 3, 1973. He grew up in Itarasi, located in Madhya Pradesh, in a Tiwari family. He is partnered to Ashwiny Iyer Tiwari, a former Leo Burnett colleague and creative director.

Chillar Party (2011) was his directorial debut. He next directed the paranormal political intrigue Bhoothnath Returns (2014).

Tiwari wrote and directed “Dangal in 2016, which premiered there at Beijing International Film Festival in April 2017” and at the second BRICS Film Festival in June 2017. His next film, Chhichhore (2019), a comic, won him a slew of nominations as well as critical acclaim. 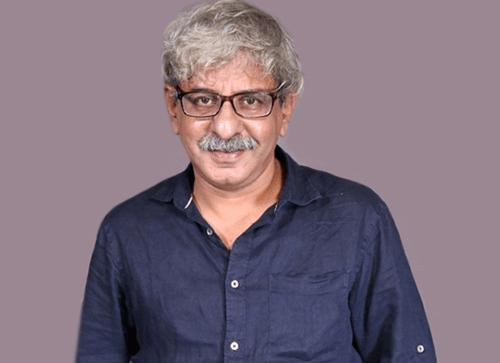 Sriram Raghavan was born on 22 June in 1963 and is a Hindi film director, screenwriter, and filmmaker from India.

With movies including Ek Hasina Thi, which Raghavan wrote and directed. He also went on to direct movie Johnny Gaddaar, which was highly lauded version of famous Jacques Deray's 1963 French film Symphonie Pour Un Massacre (The Corrupt), as well as the popular action spy thriller Agent Vinod starring Saif Ali Khan, which went so not great as the others.

Raghavan's star rose with the release of Andhadhun, a film about a blind piano player who unintentionally becomes responsible for the murder of a retired actor. He got multiple National Film Won for Best Adapted Screenplay as well as Best Feature Film in Hindi, as well as two Filmfare Awards for the film. 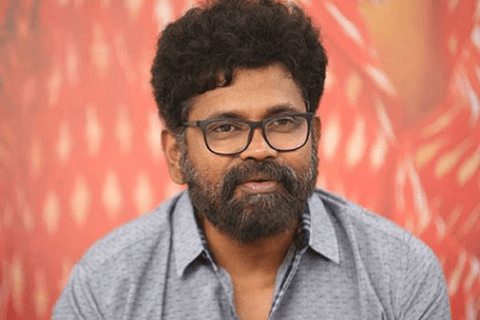 Sukumar Bandreddi (born January 23, 1970) is an Indian movie director, producer, and screenwriter and works primarily in the Telugu language.

Sukumar made his directorial debut in 2004 with Arya, which became a box office hit and launched him to prominence. After that throughout several years he worked on movies namely Jagadam, Arya 2, 100 percent Love, Nenokkadine, Nannaku Prematho, Rangasthalam, and recently in Pushpa: The Rise are among his other famous films. Sukumar is noted for his multi-layered, complicated screenplays, earning him the title of "clever screenwriter." He's also recognized for incorporating grey colors into his characters character drawings.

Kumari 21F (2015), which he wrote the story and screenplay for, was his debut as a movie producer under banner Sukumar Writings. In 2014, he was honored with the K. V. Reddy Memorial Award honoring his services to Telugu film. 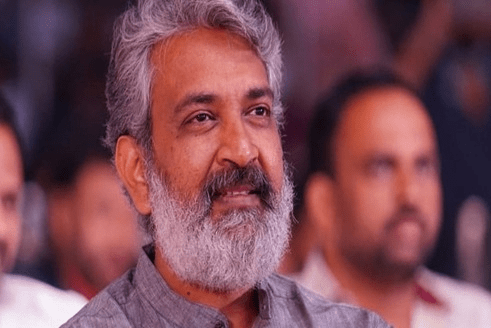 S. Rajamouli (born 10 October 19730, is an Indian film director and screenwriter who primarily works in Telugu cinema. His works in high fantasy and period films include Baahubali: The Beginning, Magadheera, Baahubali 2: The Conclusion, which won the American Saturn Award for Best International Film and the Australian Telstra People's Choice Award”.

Ramanna Maryada, Vikramarkudu, and Chatrapathi have all been remade in Indian languages with excellent results. Rajamouli has received three National Film Awards, four Filmfare Awards South, five Nandi Awards from state governments, the Star World India, the IIFA Award, two SIIMA Awards, Entertainer of the Year in 2012, and the CNN-News18 Indian of the Year in Entertainment in 2015. 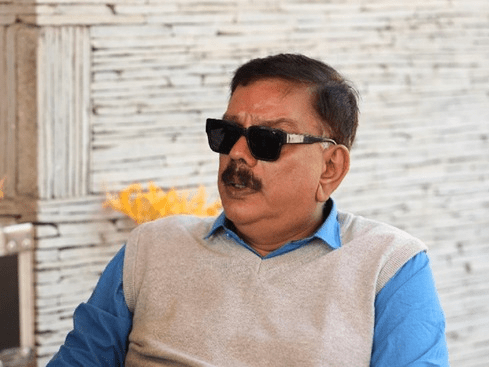 Priyadarshan is an Indian movie director, writer, and producer who was born on January 30, 1957. He has directed over 27 Hindi films, the most of any Hindi cinema filmmaker after David Dhawan. Through his early Malayalam films, he was among the first directors of India to use crisp sound, rich color grading, and quality dubbing.

He migrated to Bollywood (Hindi-language movie) in the early 2000s and stayed productive throughout the decade. He indicated in 2013 that Rangrezz would've been his final Hindi film for quite some time, and that he would turn his concentration to Malayalam cinema. He reappeared to Hindi cinema in 2021 with the film Hungama 2.

Priyadarshan is best renowned for his comedies, but he has also dabbled in action, thrillers, and period dramas. He is recognized for transferring stories from Malayalam films, both his own and others, into bollywood. Priyadarshan however has directed a number of commercials. 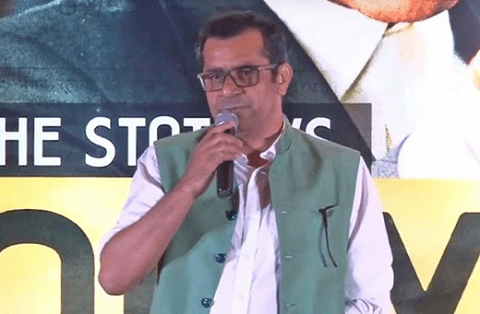 With Say Salaam India, Kapoor made his film debut film directorial debut in 2007 which did not do well in the box office. In 2010, he made his second film, a satire titled Phas Gaye Re Obama, in which he collaborated with a number of comedians. The film was well-received in India, receiving both critical and financial accolades.

As a result of the film's unexpected success, Kapoor began work on his next project. Jolly LLB was released in 2013. It's a legal drama with a lighthearted tone. On March 15, 2013, the film was released. He also directed the sequel to Jolly LLB, Jolly LLB 2. 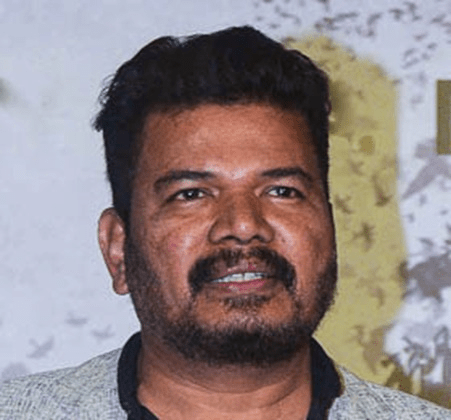 Shankar Shanmugam (born 17 August 1963), also known as S. Shankar or by his mononym Shankar, is a Tamil film director from India. He is one of India's highest-paid film directors.

Shankar's films frequently address current societal issues and vigilante themes. He frequently works with composer A. R. Rahman, with whom he has collaborated on over ten films.

In January of 2012, the film was released. Following Nanban, it was stated incorrectly that Shankar's next film would be titled Therdal. Shankar revealed his next film, I, on June 21, 2012. A romantic ting of vengeance on those who made him a hunchback. Vikram portrayed the male lead, and Amy Jackson played the female lead, reuniting with Shankar after Anniyan (2005).

The picture, which took two and a half years to make and was released on 14 January 2015 to great reviews, grossed nearly $2 billion in just 19 days.  After that, he began work on 2.0, a sequel to Enthiran, which was released on November 29, 2018 to mixed reviews. He has also agreed to helm SVC 50, a new Telugu film in which he will star alongside Ram Charan and Kiara Advani and will be produced by Dil Raju's Sri Venkateswara Creations, marking his Telugu debut. 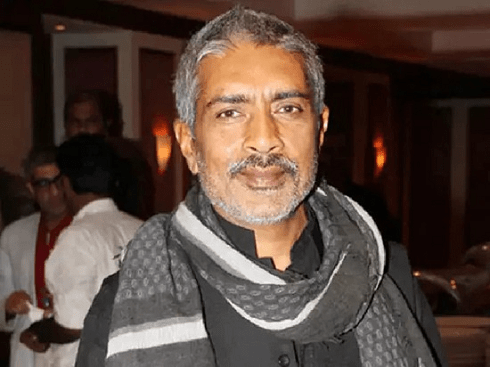 Prakash Jha grew up on a farm with his family in Barharwa, Bettiah, West Champaran, Bihar, India. Later, he enrolled in Satyawati College, Delhi University, to pursue a BSc (Hons) in Physics, but dropped out after a year to pursue his career as a painter in Bombay (modern-day Mumbai).

He directed Parinati in 1986, which was based on a narrative by Vijaydan Detha. His production business has worked with five independent filmmakers on five projects.
Narayan was played by Chetan Pandit, and Prabhavati Devi, JP's wife, was played by Tisca Chopra.

Raajneeti, a contemporary twist on the epic Mahabharata, was directed by Jha in 2010. It was a critical and economic triumph.