One of the most improving habits is reading the newspaper. Newspaper is a very important part of our day-to-day life. It helps us stay connected with the different countries in the world through the news. From a newspaper, we learn about the most recent happenings in the world. We also learn about entertainment, business, sports, politics, economics, and other topics with the help of newspapers. It also helps us locate work opportunities because most companies advertise job openings in newspapers. Newspapers also help in the development of one's vocabulary. You may learn new words and enhance your grammar by reading the newspaper. A newspaper reader can converse fluently on any topic. Today this article will discuss the Top 10 Newspapers in India.

Sadly, despite the numerous advantages of newspapers, the practice of reading newspapers is rapidly fading. Today, most people don't want to invest more time reading newspapers because numerous technological devices are available in the market that helps us learn about the most recent happenings in the world without spending more time. Everything has gone digital and instantaneous in the last few years. Today most people prefer to watch the news on television or on their cell phones rather than reading newspapers. But despite all these things, the newspaper is the first choice of many people. Students preparing for any examination prefer to read newspapers in compersion to watching the news on television. Let's see the top 10 newspapers in India. 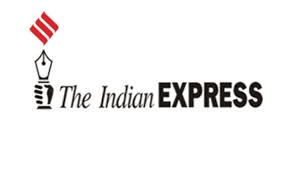 This newspaper is published in 22 Indian cities, mostly in south India. This publication is also known as the first to offer insurance coverage to its readers. Their Sunday Express establishes a standard that none of the other newspapers can match. The Indian Express was chosen for the top list because of its unique coverage of rural areas, governance, and book reviews. The publication's new title is The New Indian Express.

The Times of India is largely recognized as one of the top English newspapers in India in terms of readership. According to reports, this publication reaches up to 3 million individuals in India. Bennett Coleman and Company Limited, a media company based in Mumbai, publishes this newspaper. This English newspaper in India has been ranked the top best English newspaper for many years because of its adaptability to new trends and availability in several formats, including compacts, online versions, broadsheets, tabloids, and Berliners.

The Times of India is one of the most read newspapers globally. This newspaper was founded in 1838 in Mumbai and was originally known as the Bombay Times. It is generally regarded as one of India's oldest newspapers. Every Sunday, The Times of India publishes various sheets of newspaper on themes such as profession, fashion design, face makeup and treatment, cure, and comprehending various relationships, which are very helpful for many people.

There is also a start-up section in this publication which is very helpful for anyone considering launching a new business. This is where you'll find everything, from industry experts' perspectives to company founders', from start-up stories to simple but vital facts. It also includes sections on politics, science, book recommendations, and new ideas that have piqued the interest of the publication's millions of readers.

Since 1878, The Hindu has been a leading English-language newspaper in India and its headquarters in Chennai. The Hindu is now rated the third most frequently read English newspaper in India, according to the latest data given by the Indian Readership Survey, with a readership of 21.59 lakhs. In December 2009, it distributed 1.4 million copies, as per the Audit Board of Circulations. According to reports, this company employed 1,600 people and earned $40 million in gross revenue in 2010.

The Hindu's readership is mostly people in business, political analysts, and students studying for competitive exams. The journal covers various topics, including government programs, flagship schemes, Supreme Court judgments, government committees, and the international agenda. The editorial page of this newspaper provides in-depth coverage of major news. Even the cartoon published on this newspaper's editorial page sends a strong message to the readers.

In 1938 Deccan Chronicle began operations in Andhra Pradesh. It now operates in Tamil Nadu, Hyderabad, Andhra Pradesh, and Karnataka, having branches in Anantapur, Nellore city, Karimnagar, Vijayawada, Rajahmundry, and Visakhapatnam in South India, as well as Coimbatore in Tamil Nadu.

This newspaper is one of the most widely circulated publications in the Northeast. The Statesman is also one of India's most well-known newspapers. Its news is regularly quoted in the international media. This newspaper is regarded as one of India's best writing styles, which is absolute for sincere readers who do not want to waste time on nonsense news. 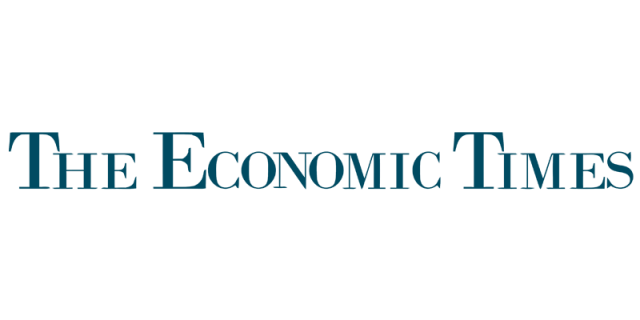 One of India's best extensively circulated financial and commercial journals is The Economic Times. This newspaper is produced by Coleman, Bennett, and the firm. It is a daily newspaper published in India that is written in English. The economic times is one of India's most well-known and best English newspapers for business news. It is a newspaper published in India that has long been the top choice for Indian businesspeople. This newspaper is very important for readers interested in worldwide business and stock market developments.

Mumbai is where the company's headquarters are located. Chennai, Delhi, Pune, Bangalore, Chandigarh, Hyderabad, Lucknow, Nagpur, and Kolkata, are among the company's 11 subsidiary offices in India. Rahul Joshi, the current Executive Editor of The Economic Times, is in charge of the channel. It is one of the world's top business newspapers, and readers who want to learn more about the business adore it. The Economic Times was founded in 1961 and had a long history. In India, it has around 8 lakh subscribers. Financial markets, stocks, India's economic status, commodities, and worldwide finance are the key topics of this newspaper.

The Telegraph is one of India's top 10 English periodicals because of its unique news coverage. On July 7, 1982, The Telegraph was founded in Kolkata, and today it is owned by ABP Private Limited. It is owned by the ABP Group and works with The Times of India. Within a few years, this newspaper became the most widely read English newspaper in the eastern area.

Sports, business, education, politics, lifestyle, entertainment, and many more related topics news are covered in this newspaper every day. The Audit Bureau of Circulations classified this newspaper as one of the most popular newspapers in eastern India in 2008, with 484,971 readerships. This newspaper is one of India's most widely published English publications. According to the Indian Readership Survey (IRS) 2019, this newspaper is India's eighth most-read English newspaper.

In February 1881, Sardar Dyal Singh Majithia, a philanthropist, launched this newspaper in Lahore (Present-day in Pakistan). Tribune's local coverage is remarkably good in comparison to other regional newspapers. Most of its readers are people from Punjab, Himachal Pradesh, Haryana, and Chandigarh.

This newspaper provides practically all the necessary, relevant, and valid news daily to its readers. New Delhi, Jalandhar, Dehradun, Bathinda, and Chandigarh are the current cities where this newspaper is published. This newspaper uses a reasonably simple language which is very beneficial for English language novices.

Another major business newspaper in India is Business Standard. It was begun by ABP, Anandabazar Patrika Group in 1975. This newspaper is available in both Hindi and English language. This company considers content processing, management, and content creation as its main competence.

The three important sections in print carry general news based on economy and business, markets and money, and regional news concerning the western area covering Maharastra and Gujarat. This newspaper covers all the news related to the financial sector issues, the international market, Indian economy and also believes in the same emphasis on accuracy, credibility, and quality. 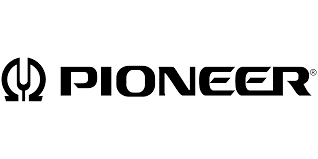 The Pioneer is the country's second-oldest English-language publication. Delhi, Bhopal, Bhubaneswar, Dehradun, Chandigarh, Kochi, and Lucknow are where the newspaper is printed. In 1865, George Allen founded the Pioneer in Allahabad. The main newspaper focuses on urban middle-class pro-right groups. Its Editor-in-chief is Mr. Chandan Mitra, representing Madhya Pradesh in the Rajya Sabha. Alfred Sinnett was the newspaper's editor in 1872.

The weekly Pioneer Mail was renamed the Pioneer Mail and India Weekly News in 1874, and it began publishing short stories and trip essays. Before 1990 this newspaper was known only in Lucknow, but when Thapar Group took over the publication after that, under the leadership of L. M. Thapar, it grew into a national publication that began publication in Delhi. Although this is an English newspaper, but in 2010 in Lucknow, The Pioneer also launched a Hindi version.