Hatchback automobiles first appeared in twentieth-century in France. Leading car manufacturers from throughout the world followed the example of this French manufacturer, Citroen, in manufacturing these smaller urbane vehicles.  And soon brands like Aston Martin, Renault, Ford, and Nissan had their own trademark model hatchbacks on the market.

In India, soon after the debut of the Maruti 800, car manufacturers like Tata, as well as international firms like Hyundai, put out their own hatchbacks in the country's market, given the enormous increase in sales, post-launch of Maruti 800.

Although SUVs are still the most popular cars in India, petrol heads prefer hatchbacks. Because of its low price and fuel economy, the compact four-door body style is very appealing to entry-level regular car purchasers. In India, no less than ten new ICE and electric hatchbacks are planned for release in 2022.

Hatchbacks are small vehicles ideal for nuclear families (a couple and their dependents, considered a fundamental social unit) or individuals who travel alone. Hatchback vehicles have a maximum passenger capacity of four people and meet the bare minimum of automotive standards and are relatively affordable prices to buy and indeed they can deliver a comfortable ride for the passengers along with a strong load-bearing capacity.

A hatchback is distinguished by features such as a hatch-type rear door that opens upward and smaller size, side doors. Maruti Suzuki's Swift, Wagon R, and Celerio as well as Tata Altroz, Hyundai Grand i10 NIOS, and others are some of the best hatchbacks in the country. Some of the reasons why hatchbacks are capable to catch our smiles are as follows:

1. Safety: When it comes to safety amenities, hatchbacks offer everything a sedan does but for a lot less money. Furthermore, their design makes them equally reliable as a sedan. Moreover, hatchback vehicles have more glass than sedan vehicles. This results in improved vision for the driver.

2. Design: Hatchback vehicles provide more room and comfort than expensive sedan vehicles. They offer the ease of driving in tough locations where a typical sedan or SUV would not even enter. Driving a hatchback is much easier than driving a bigger model of other sorts of automobiles on a crowded street.

3. Low Maintenance: India has a vast market for hatchback vehicles. Models such as the Maruti Wagon R are built in the nation under the Make in India Initiative and this is one of the primary aspects to create the cheaper maintenance costs in comparison to other types of automobiles.

When it comes to Indian automotive manufacturers, replacement parts are readily available. It not only quickens the maintenance procedure, but also reduces the overall cost.

4. Light on the wallet: In India, purchasing a hatchback is less expensive than purchasing a sedan or SUV. You’ll have various alternatives that cost less than 5 lakh rupees, such as the Maruti Alto, Maruti Wagon R, Tata Tiago, Hyundai, and many more. Their maintenance costs are likewise minimal, as stated previously.

5. Boot Space: These cars are skilled enough to carry a reasonable amount of stuff. You will get a huge boot capacity in your hatchback vehicle to suit this function. This makes it an excellent choice for small families, singles, and persons who commute alone and carries heavy load.

Now talking about the best Hatchbacks cares, here is a list to buy a hatchback model this year: 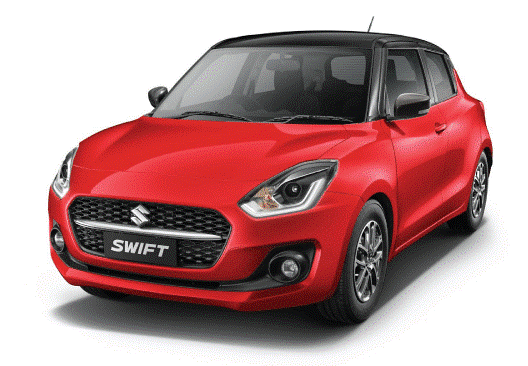 Swift is one of the best-selling sedans in the country, and obviously, for a good reason. This Japanese manufacturer's car is in its third generation, and it’s very fuel-efficient. The 88.50 bhp 1.2-liter K-series petrol engine gives zippy acceleration and excellent efficiency. 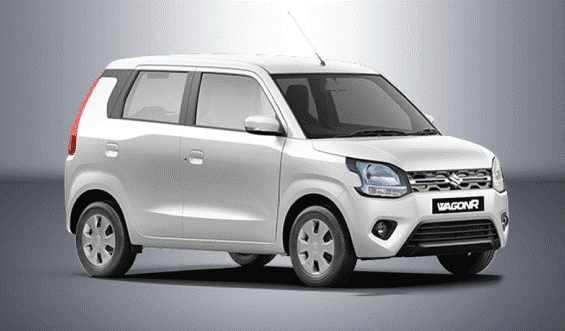 The WagonR was never sold for its appearance, but rather for its utility. Perhaps this is why the new car's design hasn't undergone any radical changes, yet it has changed so much when you see the new models at first sight. It features a nice design, with a tiny MPV-like appearance at first glance. 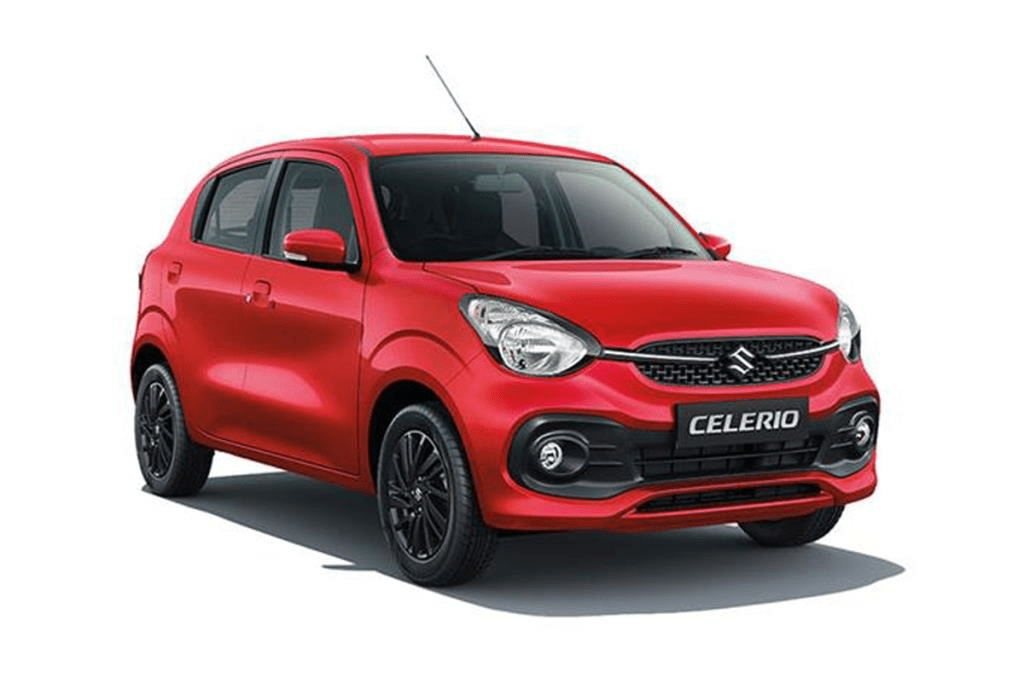 Maruti Suzuki introduced the Celerio CNG (Celerio CNG) with the S CNG technology. The Celerio's CNG version features a next-generation Dual Jet, Dual VVT Series 1.0 L engine. Maruti claims that the Hatchback CNG can travel up to 35.60 kilometers on a single tank of gas. The Celerio S-CNG is a pre-installed vehicle. The pricing (ex-showroom) is Rs 6.58 lakh (VXi model).

In November 2021, a petrol version of the Celerio was released. In just two months after its introduction, it had received roughly 25,000 bookings. Total sales have surpassed 600,000 units since the debut of the all-new Celerio. 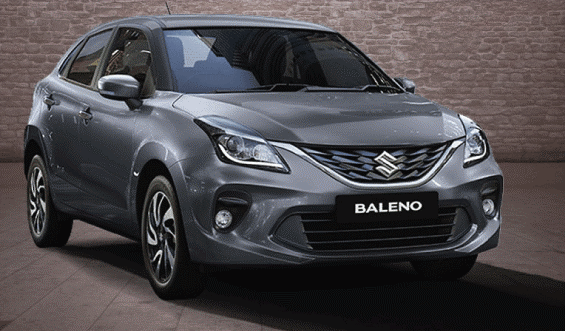 Maruti Suzuki has unveiled a new version of the Baleno luxury hatchback. The 2019 Maruti Baleno's ex-showroom prices were in ranges from Rs 5.4 lakh to Rs 8.77 lakh.

The new Baleno appears to be little greater than the previous model.  The inside and external design of the Baleno is undergoing through significant changes. 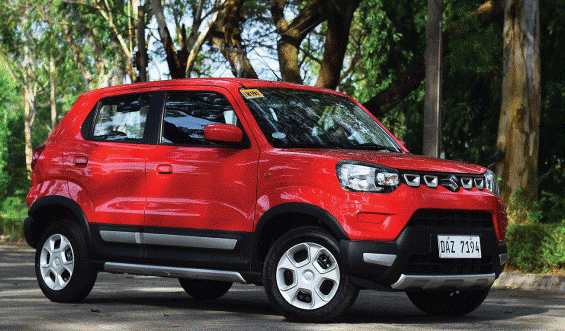 The Maruti Suzuki S-Presso is doing well in the market. It became one of the top ten best-selling vehicles in the Country within the first month of its release. On September 30, Maruti released the S-Presso.

In October, the automobile sold 10,634 units. The arena is the dealership that sells this Maruti Suzuki compact SUV. More than 10,000 people have reserved the automobile just 11 days after it was released.

It features a modern digital play studio with dual-tone black and blue interior decorating and a 7-inch touchscreen infotainment system when it comes to interior décor. Android Auto, Apple Car Play, Wireless Recognition Function, and Navigation with Live Traffic and Vehicle Information are just a few of the features. The touchscreen also serves as a display for the reverse parking camera. 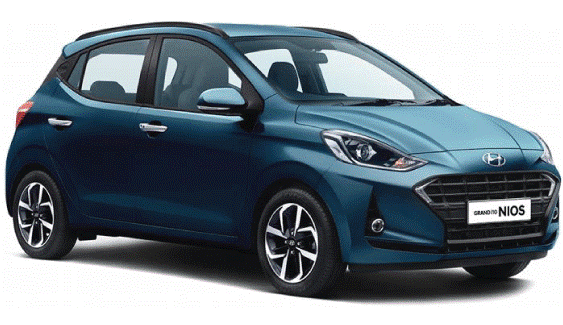 Era, Magna, Corporate Edition, Sportz, Sportz Dual Tone, and Esta are the six models offered by Hyundai. Magna and Sportz are the two CNG types that will be available.

There are three engine options for the Hyundai Grand i10 News: 1.2-liter petrol, 1.0-liter turbo petrol, and 1.2-liter diesel. With its 1.2-liter petrol engine, the business has also included a CNG kit; however, this option is only available in the Magna and Sportz models. There are manual and automatic gearboxes available with the engine. 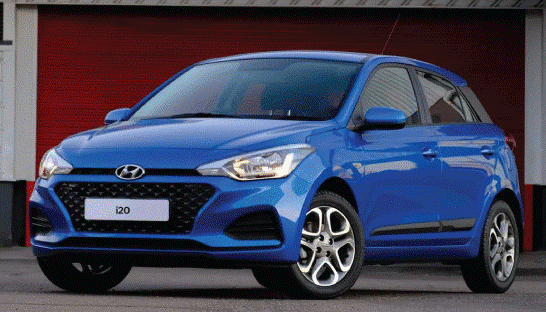 It's a five-seater car. 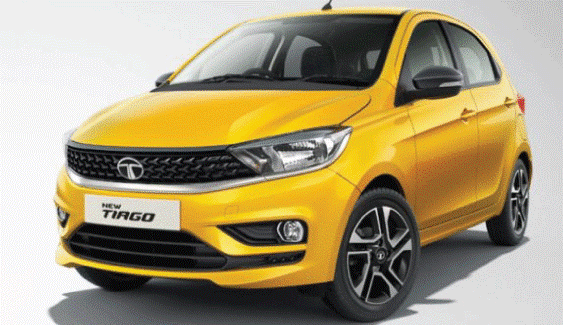 The Tata Tiago comes with a 1.2-liter petrol engine that produces 86PS and 113Nm and is coupled to a 5-speed manual or 5-speed AMT transmission. Along with the petrol engine, it now has a CNG alternative.

It has a CNG version that can generate 73 PS of power. But, on the CNG variant, only a 5-speed manual transmission is available. Tata has left no stone unturned when it comes to Tiago's features. It comes with amenities such as the advanced Connect Next infotainment system, a turn-by-turn navigation software, and the Juke vehicle app. 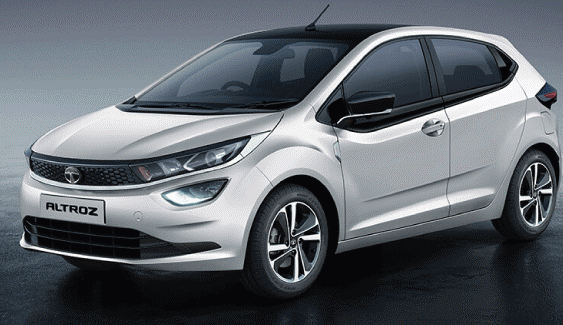 The Tata Altroz is an Indian major car firm Tata Motors' premium hatchback car, and also a popular choice. People claims that this automobile is worth a lot of money. It is one of India's safest hatchback cars.

It has BS6 petrol and BS6 diesel engines. As a petrol unit, it is powered by a 1.2L naturally aspirated engine from the Tata Tiago.

The Tata Altroz starts at Rs. 5.69 lakh in India, with the highest variant costing Rs. 9.45 lakh ex-showroom Delhi. Altroz is available in six different models and each variant has different pricing. XE, XM, XM, XT, XZ, and XZ Plus are the name of these six variations.

The Kwid made a debut in India in 2021 as a hatchback of renault. Many new features have been added by the firm time to time. The most significant change in the new models is all variations now provide supplementary dual airbags as standard equipment. It also includes pyro tech and pretreatment on the driver's side.

The Car came with two engines variants when it was released in India. And now it comes with a 0.8 and 1.0-liter engine. In the 2020 Kwid model, these engines are offered.