Top 10 Film Industries in the World

Films have gained popularity since their inception and have been a source of entertainment for people around the globe. People looked at the movies from different perspectives and liked different genres according to their preferences. Film-making has created new professions from its very beginning, from direction to cinematography to animation, and added many careers in its evolution. The era of movies established a new industry; at present, it's generating billions of revenue worldwide and has become a billion-dollar industry.

There is no age biasness in movie watching; everyone loves to watch movies, from a child to an older adults. Films made people fall in love with the characters, actors or actresses, and stories. The First Day First Show is a popular style where fans are excited to see their favorite director's film or hero, or any character, on the screen. Even with the change of theatre culture to digital streaming platforms, movie adoration has never decreased, and the concept of web series has gained popularity among the people.

Movie lovers watch films in other languages too, which has established the market for domestic movies to go international and launch their movies there. It also generated revenue outside the domestic country and provided a platform where they showcased their filmmaking talent to others.

The global box office collection of movies in 2019 was $42.2 billion, which various film industries across the planet combined produced the total value. Now, let's take a look at the Top 10 Film Industries in the World in terms of revenue and discuss them.

1. Cinema in the United States 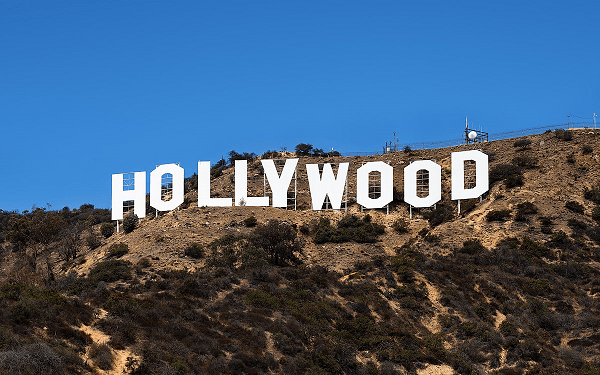 The cinema of the United States is famously known to many as Hollywood. In terms of revenue, it is the largest film industry in the world, and it has influenced cinema across the globe in terms of filmmaking and the use of technology.

In a year, it produces and releases more than 700 films in a single language. Many of the films are dubbed and released in other countries too, and they are successful in the released countries and generate good revenue from there. Many old and established film studios in Hollywood produce hundreds of movies every year. They are commercially successful and have a huge number of ticket sales worldwide.

They are leading in the use of motion picture technology and have advanced filmmaking tools to enhance the output of the product further. Mostly, Hollywood movies are top on the list of the highest-grossing movies in the world. Their movies have fans across the globe, and many people love their comic characters-centric superhero movies (Marvel, DC, and others) and their filmmaking styles. The Hollywood film industry's revenue in 2019 was more than $11.4 billion. It is considered the oldest film industry in the world. 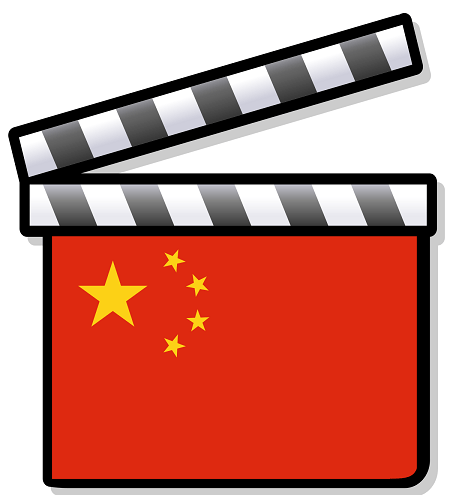 It produces more than 800 films annually (including fiction, documentary, and animation films), and it is in the third position in the number of films produced. In terms of annual box office revenue, it's in the second position after the United States, with more than $9.2 billion in revenue in 2019.

The highest number of screens in the world is present in China. China has nearly 82,250 screens as of the year 2022. With the highest number of screens, it is emerging as the largest film industry in terms of revenues and ticket sales. It also released its movies in foreign markets and earned millions outside the domestic market. Many of those movies have done well at the international box office and have been critically acclaimed and loved. The domestic share of the total annual box office collection is nearly 62 percent. Also increasing the number of movies being produced year on year.

China is also a major hub for big film and drama production studios worldwide, and many works related to films from other countries are also done here. They stood at position one in the category of the total number of tickets sold in 2019 by selling more than 1.5 billion tickets. 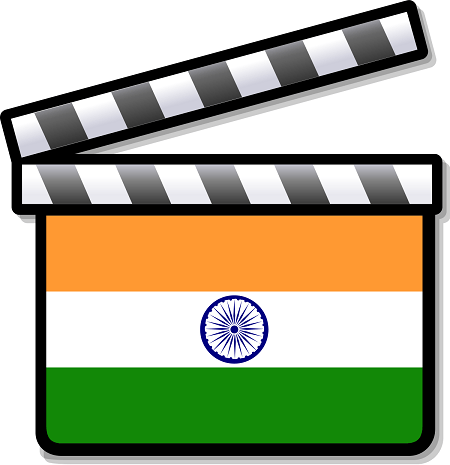 The Indian Film Industry is the second oldest industry in the world. Indian people vastly go to the theatres and watch films. India produces the highest number of movies in the world as of 2019, with more than 2350 movies in a year.

It is the second largest industry in terms of sold tickets, and it has sold more than 1.4 billion tickets. Still, it is in the third position in terms of box office revenue as the ticket prices in India are low compared to other countries, and it has a revenue of more than $2.56 billion. India has multiple languages, and the Indian film industry consists of many regional movie industries, including Hindi, Telugu, Tamil, Kannada, and Malayalam.

Other well-known languages are Kannada (known as Sandalwood, concentrated in Bangalore) and Malayalam (Mollywood, concentrated in Kerala state), each constituting 5%. Other notable languages Bangla, Marathi, Punjabi, Gujarati, Bhojpuri, Odia, and others, contribute the remaining percent. Indian movies have gradually increased their reach across the globe in recent years. There is a massive fanbase for Indian cinema in South Asia and a huge viewership in over 90 countries.

Indian films are also released in the major regional languages (Pan-India), and they screen movies overseas, where they get 12% of the revenue. Indian movies like Dangal, Bahubali franchise, Secret Superstar, and Bajrangi Bhaijaan also got popularity in international markets, generating millions of dollars. India also has the world's largest complex studio, Ramoji Film City, in Hyderabad. It is used for movie shooting; some sets are permanent, like railway station sets and others. 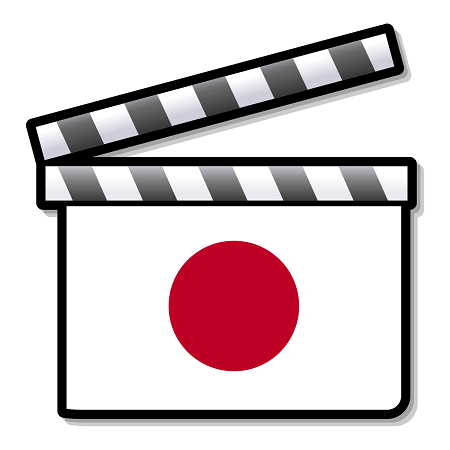 The Cinema Of Japan (Nihon Eiga) has more than 100 years of history. It is one of the world's oldest and biggest film industries. The country started making (producing) films in the year 1897.

Japan produces more than 680 movies annually, occupying fourth place in the list of feature films produced in 2019. Many movies have won several awards (accolades) and received appreciation from the audience (Domestic and International) and the critics.

Japan won four Academy Awards (Oscar) more than any other country in Asia in the category of Best International Feature Film. The total box office revenue in 2019 was nearly $2.4 billion. The domestic share of the movies was more than 76% of the total box office revenue. There is huge popularity among anime watchers for their anime, and some movies have done commercially well, even in foreign markets. 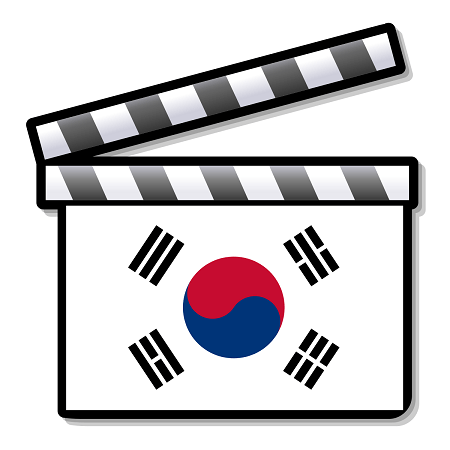 Cinema Of South Korea(Film Industry of South Korea) films have gained popularity over the past two decades. Many people worldwide have watched and loved the films of the Korean film industry. Many celebrities also appreciated their talent and filmmaking styles. The movies of the Korean Film industry have attracted the attention of the audience outside the country with the films like Train to Busan, Oldboy, Parasite, and others. There is also huge domestic and international viewership of Korean movies on online streaming platforms. Parasite became the first South Korean film to receive Academy Awards recognition, receiving six nominations.

The film Parasite has won Best Picture, Best Director, Best Original Screenplay, and Best International Feature Film. It became the first film produced wholly by an Asian country to receive a nomination for an Academy Award in the category of Best Picture. It was the first film to win the Academy Award for Best Picture, which is not an English film. South Korea is in the fifth position in the list of the number of tickets sold, with nearly 239 million tickets as of 2019. Its annual box office collection is nearly 1.6 billion dollars.

6. Cinema of the United Kingdom 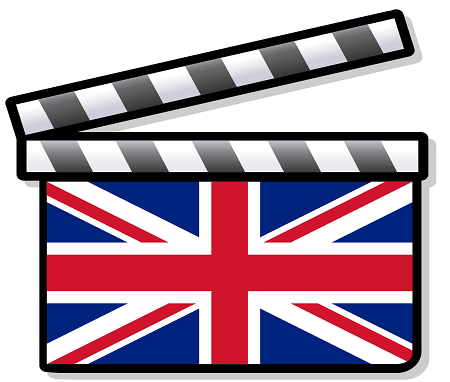 The Cinema of the United Kingdom or the British Cinema has produced some of the best movie franchises: Harry Potter and James Bond. They are in the position of third and sixth in the list of highest-grossing movies. Both movie franchises have a huge fan base all over the world. Annually, they produce more than 285 films. It has nearly 4264 screens, with the main distributors being Universal Pictures, Warner Bros., Paramount, and 20th Century Studios. The domestic share of the total box office collection is more than 45 percent. It is one of the top 10 film industries in terms of the number of tickets sold, with 175 million tickets. The total box office collection in the year 2019 is 1.5 billion dollars. 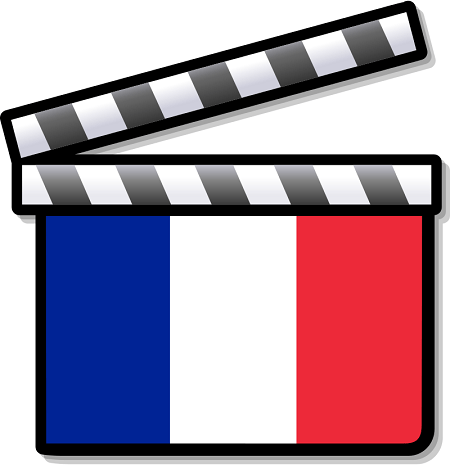 After the Hollywood Industry, France was the next biggest exporter of movies in 2015. French films are well appreciated around the world by the audience after Hollywood.

French Cinema produces more than 300 films; in terms of the movies produced annually, it is one of Europe's most successful film industries. Regarding the number of film theatres per inhabitant, Paris has the world's highest density of cinemas. The total box office collection of the French Cinema in the year 2019 was more than 1.5 billion dollars. The number of tickets sold in 2019 was nearly 205 million.

The country has more than 5700 screens, with the main distributors being Twentieth Century Studios, The Walt Disney Company,  Warner Bros, and UGC. The domestic share of the total gross collections is nearly 38 percent. The French film industry is becoming a self-sufficient industry by recovering around 80 to 90 percent of the expenses from the revenues of the domestic market alone.Many French films have won several international awards and have done commercially well in other foreign markets. 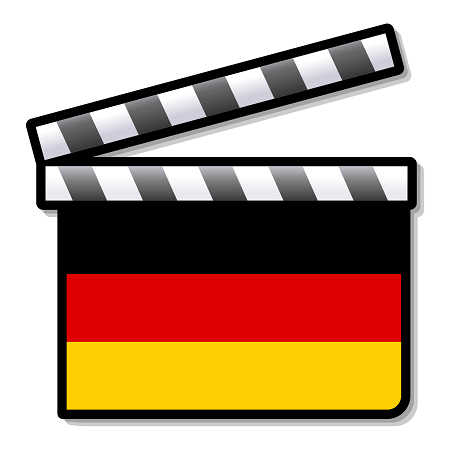 German Cinema (Cinema Of Germany) has made some significant technical and artistic contributions in the early beginnings of television, movies, and broadcasting technology. The country has more than 4803 screens, with major distributors being Warner, Walt Disney, and Sony Pictures.

It has produced nearly 250 films (Fictional, Animated, and Documentary) in a year and generated a box office collection of nearly 1.25 billion dollars in 2019. The domestic share of the total gross collection was nearly 26.3 percent in 2017. The number of tickets sold in the year 2017 was nearly 122.4 million; out of that, the number of tickets sold for the national film was 28.3 million. 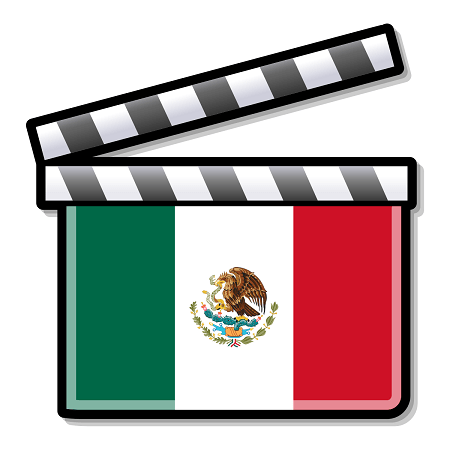 It was the first Mexican film to get nominated in Best Film and Best Foreign Language Film categories. It got 10 nominations for the Academy Awards, including Best Actress and Best Supporting Actress categories. In 2017, it produced nearly 176 movies (including fiction, animation, and documentary). The number of box office admissions in 2019 was nearly 352 million tickets. The global box office collection of Mexican movies was nearly 1 billion in 2019. 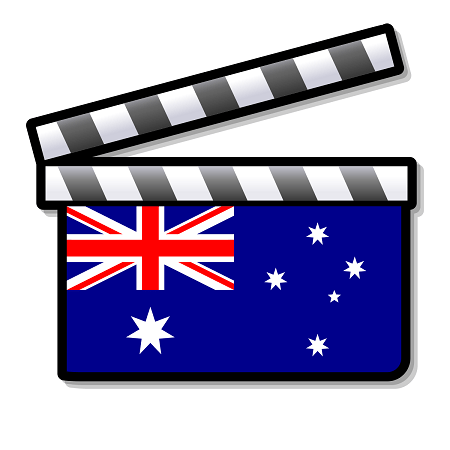 The Australian film industry is one of the largest film industries; it was in the Top 10 with an annual box office collection of 900 million dollars in 2019. Australia has more than 2200 screens, and the main distributors are Village Roadshow, Warner Bros, Paramount, and 20th Century Fox (Disney).

The production of the films annually is more than 50, and more than 90 million tickets are sold in the year 2017.

Many movies made by Australian crews have gained recognition internationally. Many of them started their careers in the Australian film industry and now have international reputations. They work in top film industries, including Heath Ledger, Chris Hemsworth, Mia Wasikowska, Margot Robbie, and others. The commercially successful movies were Moulin Rouge!, Crocodile Dundee, Mad Max: Fury Road, and Babe. The movies that won awards and appreciation were Shine, The Tracker, Ten Canoes, Gallipoli, and Picnic at Hanging Rock.

Films from all industries have introduced the best directors, actors, actresses, cinematographers, writers, and many other talented people to the world, enriching the experience of films and increasing the standards of filmmaking.

Many aspire to become filmmakers, and with this, the film industry generates more revenue as more films are produced. Also, The audience can view and enjoy the movies with different storytelling and visuals as the newcomers come with new thoughts and visions.