Over the years, mobile phones have evolved and become so integrated into our everyday routines that the disparity between a good handset that functions well and a terrible one riddled with bugs may significantly impact the entire experience for us.

Whereas most cell phones have something useful to provide, the finest smartphones strike the correct mix between the operating systems, thereby serving the user with a seamless experience and flawless usability.

The list of top mobile phones in India consists of the greatest smartphones, ranging from the seamless running of a graphics-heavy gaming application, watching a film in HDR quality, and editing a document or shooting a video. These cell phones take crisp, detailed images, heavy multifunctional tasks, and a number of elements that set the trend in mobile technology.

The is a variety of fantastic smartphones; below is the list of the top ten cell phones that can help you decide the right mobile phone for you. 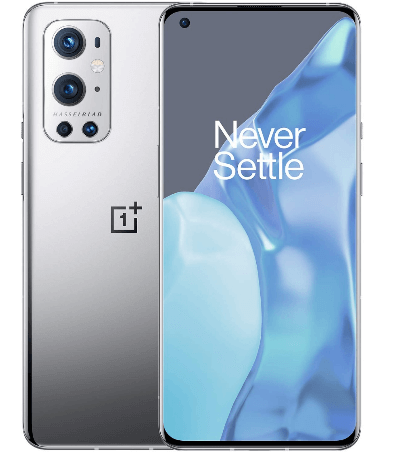 OnePlus has been a famous and popular brand in India. One plus 9 Pro doesn't have any new changes in its mobile phone. It utilises an LTPO 6.7-inch OLED display that is claimed to lower the power consumed by up to 50%, compared to the prior model.

The Snapdragon 888 SoC is powered by Qualcomm and is available in two varieties.

Moreover, it comes with a fingerprint sensor in the display, which is quite accurate, and that the borders of the display are slightly lower than the OnePlus 8 Pro, which aids in preventing inadvertent touches.

The Warp Charger 50 wireless charger from One plus is now available, which can now charge the 9 Pro to 50W wirelessly, which is quite impressive.

The OnePlus 9 Pro, however, possesses entirely new rear sensors, which are claimed to have been custom-developed in collaboration with Sony.

That allows shooting of stabilised 8K 30fps footage or up to 4K 120fps footage. Surprisingly, there is no 1080p 120fps choice. All of these enhancements combine to make the OnePlus 9 Pro yet another great OnePlus flagship deserving of the Pro label.

The iPhone 12 is a 5G-capable smartphone that is backed by Apple's A14 chipset. With a resolution of 1170x2532 pixels, the phone boasts a 6.1 cm touchscreen display.

It is available in three 64GB, 128GB, and 256GB storage configurations and has a 12MP front camera for capturing selfies and video calls.

The Smartphone is available in colours Black, White, Red, Green, and Blue.

The latest handset from the corporation located in Cupertino provides better camera performance as well as the most powerful cellular chipset on the market. If you desire a better camera and battery performance, you can choose for the Pro and Pro Max editions of the phone. 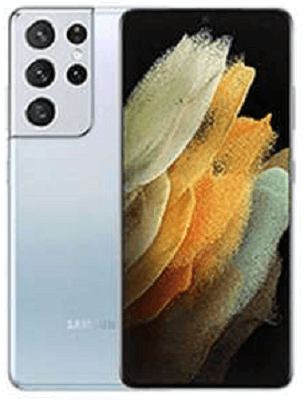 The finest Smartphone you can purchase from the market is Samsung Galaxy S21 Ultra. Past users that have used any Samsung flagship clearly understand that the company provides the best displays in the mobile industry, which are uncompetitive.

In addition, they have made considerable advancements over the past year in the camera sector, including better battery life and an outstanding design, which make the device look superior more. Galaxy S21 Ultra can now also be a favourite of professionals from this year on, thanks to the addition of support for S Pen.

The phone is a great medium-consumption device. Amazingly brilliant and colourful is the 6.8-inch amole display.

The battery capacity of 5000mAh is easy for heavy to medium use for more than a full day. The new design makes it far superior to the previous models for the Galaxy S21 Ultra 5G.

The new outlines for the camera module from Samsung are distinctive and are very well suited to disguising the bulge of the camera.

The Samsung Galaxy S21 Ultra is also an authentic blue fireplace with advanced parts such as the Exynos 2100 5G SoC. These include the 108 MP camera, 12 MP camera, and two telephoto cameras from the latest generation. 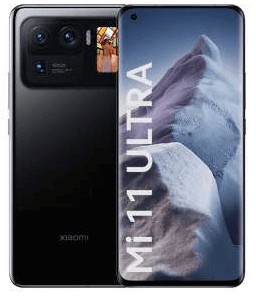 The Mi 11 Ultra's design is impressive. It features an aluminium frame, a corning gorilla glass with a curved display, and a ceramic back. These high-quality materials, however, contribute to the weight of 234g. The rear side supports a 1.1-inch OLED monitor that displays or even uses as a viewfinder in the photography app for displaying battery status or notifications.

This phone is fantastic for its outstanding construction, high-quality display, battery life, and a very good number of cameras are some of the areas in which it is exceptional.

One of the most convenient is the main display of the Mi 11 Ultra. When played locally or on YouTube, HDR videos look good. Strong titles like Duty Call: Mobile and Asphalt 9: Legends went flawlessly without skipping a beat.

The current lifetime of the battery during the review period was more than sufficient. Also refreshing is the largely spam-free MIUI experience. 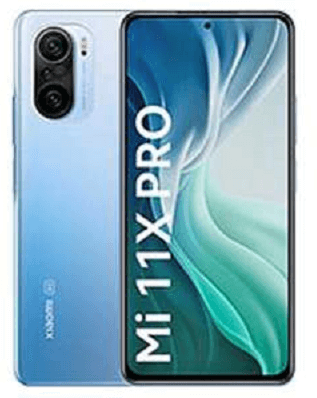 Xiaomi Mi 11X Pro is the upper-middle category smartphone. This phone is a Full HD+ AMOLED display supported by Qualcomm Snapdragon 888 processor. The smartphone delivers high-end functions and specifications. The Mi 11X Pro comes with a premium design, and a Gorilla Glass 5 layer is on display. The phone includes three back cameras with a primary camera of 108MP, ultra-wide 8MP, and 5MP macros. There is a 20MP auto camera on its front. The phone has a battery of 4,520mAh that can handle a 33W quick out-of-box charge, which can charge the device in as early as 40-50 minutes.

iQoo 7 Legend is amazing in its looks, design, and build. Not only does it appear fantastic, but it also feels excellent with a well-polished metal frame and matt glass back due to its colourful blend of colours.

The gameplay is well managed, and heat control is fantastic.

The picture quality is quite high regardless of which camera you use.

This contains a wide-angle camera; the macro camera doubles and photographs close-ups in exquisite detail.

It's amazing that in low-light shooting settings, it is an incredibly wide-angle camera.

The iQoo 7 Legend never lasted for more than a day, with a relatively tiny 4,000mAh battery. But, with an adapter of 66W in the box, the charging pace was dropped exponentially by 0-100 percent in only 30 minutes. 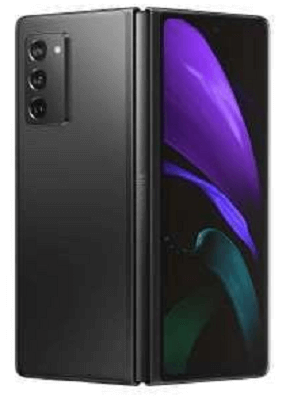 The Galaxy Z Fold 2 consists of two displays, and a smash selfie camera is on the internal screen. The outside display is huge and occupies virtually the whole surface of the phone's top, rather than only some of it, as we have seen on the new Galaxy Fold. The panel is a 6.23-inch HD+ resolution capability.

The aspect ratio of this panel is 25:9. Instead of using a groove on the galaxy Z fold, the panel employs a punch hole. The smartphone has three lenses with a 12-megapixel primary and a Super Dual Pixel 12-megapixel secondary lens with respect to cameras.

A 12-megapixel telescopic lens is the third lens in the system. A 10-megapixel clicking lens is available on the front cam of the device. The device also comes with the Samsung's newest Snapdragon 865+ chipset for hardware.

This is coupled with 12GB of LPDDR5 and UFS storage of 256GB. The smartphone has been supplied with a battery of 4500mAh. The phone can also be used for wireless charging, wireless reverse charging, and 25W wired charge. 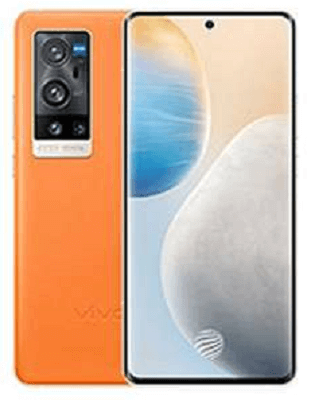 The X60 Pro+ is sleek, polished, and remarkably lightweight. The screen is also great. It is an AMOLED display with 6.56 inches that is curved with a full resolution of HD+ and a refreshing rate of 120Hz. Thanks to the Qualcomm Snapdragon 888 SoC, the Vivo X60 Pro+ performs higher than the standard Pro model.

Custom Android Skin of Vivo is now version 11.1, based on Android 11, named FunTouch OS. This operating system is seamless, easy, and safe to operate and understand with all of its accessories and adornments.

Performance has also been lightning fast. The Vivo X60 Pro Plus has a good battery of 4,200mAh, can be easily used for about two days. This is an excellent option that can be bought instead of Mi 11 Ultra and the OnePlus 9 Pro, especially when generating a bunch of videos.

The Oppo Reno 5 Pro 5G, which measures 7.6mm thick, weighs only 173g, is likewise exceptionally sleek. A 'Designed for Reno' plaque is on the flat top, whereas a double-SIM, USB Type-C, and a single speaker are at the base. Despite the plastic frames of this smartphone and the primary camera hardly stands out, and also the durability is really nice.

This mobile phone is based on a 7nm technology consisting of four ARM Cortex-A77 cores and four ARM Cortex-A55, the MediaTek Dimension 1000+ SoC. It is equipped with a 5G modem andoffers WiFi 6 and Bluetooth 5.1 connectivity.ColorOS 11.1 supports Reno 5 Pro, developed on Android 11.

The display of this device is exceptionally fantastic. The luminosity is more than sufficient, and the content was quite readable, even in the daylight. Reno 5 Pro 5G can perform complex applications and games rather easily in actual life.

A great combo for this price as it features a luxury build, a vibrant touchscreen, a really long battery backup, and quite decent cameras. However, visual quality could be enhanced, particularly with poor lighting. Also, stability at 4K would be desirable. 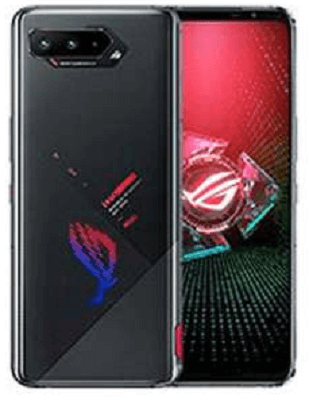 The ROG Phone 5 series is somewhat larger and has minimum margins on the upper side and lower side than the preceding versions. The ROG Phone 5 has a 10.29-millimeter metal glass structure, weighing 238 grammes.

Asus ROG Phone 5 has a 6.78" full high-definition display with 2448 x 1080 pixels that uses a Samsung-based AMOLED panel. The monitor enables a refresh rate of up to 144Hz, with a luminosity of up to 1200nits. With an OCC-core CPU up to 2.84GHz with Adreno 660 GPU, the Asus ROG Phone 5 series is supported by the Qualcomm Snapdragon 888 chipset. It runs out-of-the-box on Android 11-based ROG UI. The ROG Phone 5 series includes three cameras on the rear side of the device with a primary 64MP camera, a 5MP macro camera, and an ultra-wide angle of view camera of 13MP.