Youtube has become our entertainment hub, our favourite time pass, and our reliable information source. The stars of YouTube are eternal bliss for their audience and vice versa! There is no doubt that youtube has gained popularity in the past few years.YouTube is a large company in India and has achieved a lot of beneficial country improvements. For India and many Indians, technology has offered numerous possibilities. Youtube has turned into a university where anyone may finds solutions to their concerns.

Today we will discuss and cover India's top ten YouTubers. 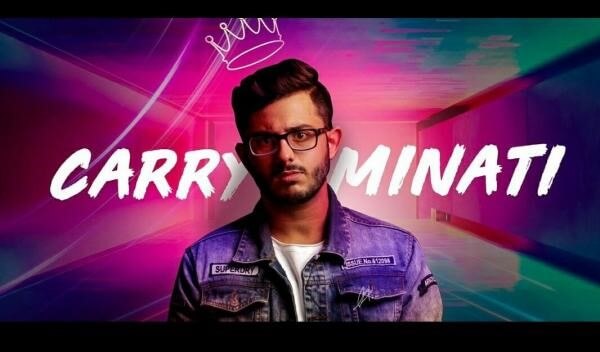 Ajey Nagar is an enthusiastic gamer, made his first YouTube video when he was 10 years old and has progressed since then. He is one of the top YouTubers in India.

Most of the videos that he creates consists of "criticising" the content that is sweeping all over the various social networks. His immense success as a youtuber has leadedand paved ways to interview Tom Cruise and Henry Cavill. He responded to PewDiePie's video in which he criticised an Indian who was conversing in incorrect English by making a video titled "Bye PewDiePie."As per Nagar, the objective of the video was to motivate, encourage Indians about their nation/country and to shield, guard its respect and integrity if the necessity arises

His videos are in Hindi, giving him the benefit of reaching a bigger segment of the Hindi speaking audience. As per the reports he has even denied to translate his content to English that can make his content worldwide. He is a firm believer that prosperity and victory can only be achieved by remaining grounded and connected to your own old traditions/ source

CarryMinati (Ajey Nagar) is located in Faridabad, India-based YouTuber and broadcaster. On his channel he is renowned for his amusing acts and actions to several Internet topics.

CarryisLive; his second channel focuses on gaming and live streaming.

As of 2020, he has almost 31 million subscribers, and his earnings account for around $4.3 Million. He is quite a popular and famous YouTuber.

In India, he is a well-known YouTuber. On December 8, 1993, he was born in Ulhasnagar, Maharashtra, India. His account is called Ashish Chanchlani Ki Vines. He established his YouTube channel on July 6, 2009. In January 2010, his channel passed the ten million subscriber mark. He primarily makes hilarious videos on YouTube. His channel comprises of severaltopics,rangingfrom daily grinds to study to women troubles.

Needless to say, he is surely amongst the top YouTubers in India.

He rose to prominence with his hilarious vines on social media and YouTube.Many people have been drawn to his comedy timing, addictive content, and plays. He used to perform movie reviews, but he eventually switched to comic vines. He rose from an engineering student to become India's most popular YouTuber. What distinguishes him is that no two videos on his YouTubeaccount are the same, implying that he continuously develops original and distinctive content. His films are so spontaneous that it appears they were taken at his place without his knowledge!

As of 2020, he has almost 23 million subscribers, and his earnings account for around $4 Million. He is quite a popular and famous YouTuber. 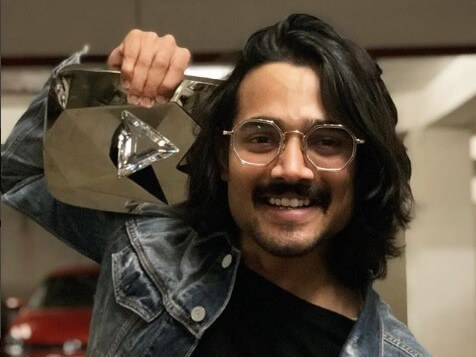 In 2018, Bam became the foremost Indian YouTube video maker reaching almost 10 million subscribers. He began his profession as a singer in Delhi bars and went on to become one of the most famousYoutube star due to his humour, comedy and creativity. He has also received an award for having the "Most Popular YouTube Channel."Also, he was named “Global Entertainer of the Year” in 2019.

He is popular among young people due to his command of sarcasm and insult, as well as his ability to create stuff that most of us can connect to! He is also a singer, and he frequently posts song videos on his YouTube channel.

He gets a lot of flak for his content, but it pales in comparison to his legion of fans. His imaginary characters, Bablu and Bancho, are all one-of-a-kind and original. He demonstrates that a great entertainer is not born from talks. Entertainment is an expertise that essentially needs an impeccable script, a good comedy timings, and apt acting.

Many records were broken in opposition to this trend, as well as by entertaining the stressed-out ordinary man. As of 2020, he has almost 21 million subscribers, and his earnings account for around $3.1 Million. He is quite a popular and famous YouTuber. 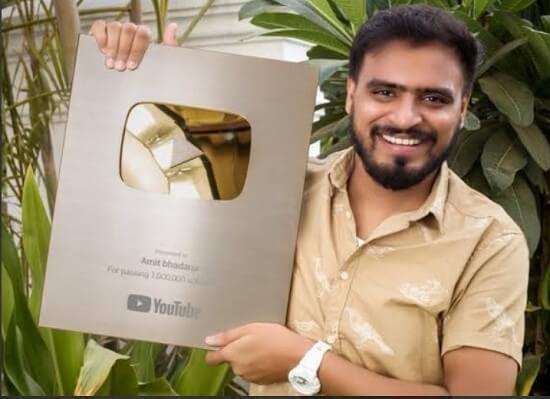 Amit Bhadana is a comedian and one of India's top ten YouTubers in India. Bhadana's videos were included in YouTube's 2018 Global Top 10 Videos list. His youtube videos are typically light entertainment parodies. He is famous for serving its audience with videos that are relevant to day to day basis.

He creates amusing videos on situations that anyone from the lower/middle classes may relate to. In one of his popular YouTube movie, he took his audience on virtual journey, showcasing the various people he could encounter while traveling by bus. He is a law graduate who established the channel without telling his parents about it until he rose to stardom two years ago. He composes his scripts and directs his own videos, but he does the editing of them. He recently received the Best Youtuber award at the Dad Saheb Phalke International Film Festival in Mumbai.

As of 2020, he has almost 20 million subscribers, and his earnings account for around $7 Million. He is quite a popular and famous YouTuber. 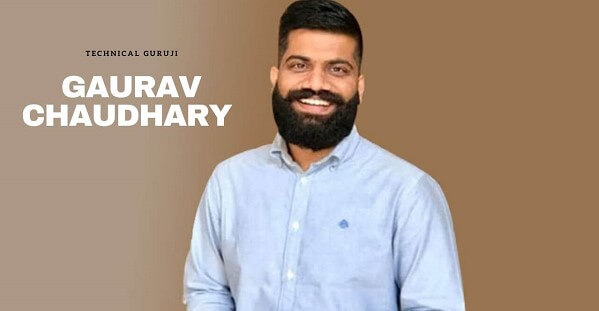 Gaurav Chaudhary is an Indian YouTuber. On May 7, 1991, he was born in Ajmer, Rajasthan, India.

Another moniker for him is Technical Guru Ji. Gaurav began his YouTube channel Technical Guru Ji on October 18, 2015. His channel focusses on the most current mobile phones and technology. He frequently does unboxing and reviews films for new phones. This is true that the YouTube channel's base or concept is unusual, still the magnificent factor of his content is that it is in simple Hindi language and are quite simple to comprehend.

He has been chastised for talking about petty matters and not being particularly specific in his statements, but his subscriber base definitely disagrees!

In May 2017, he launched another YouTube channel, “Gaurav Chaudhary” (4.8 million followers), which covers recordings of his different experiences, including the Burj Khalifa, Google HQ, and Emirates, to mention a few. He is currently in the United Arab Emirates.

As of 2020, he has almost 20 million subscribers, and his earnings account for around $44 Million. He is quite a popular and famous YouTuber amongst the tech craze audience. 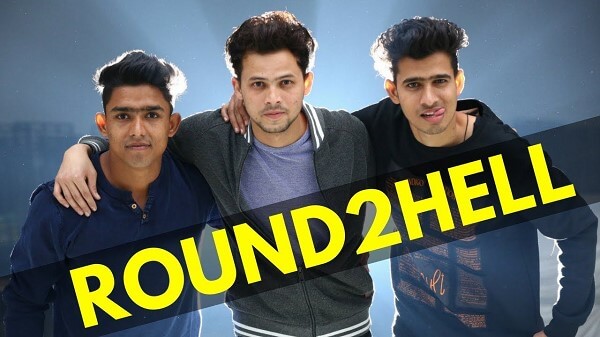 This YouTube channel is devoted to funny videos. YouTube has become a proper profession for these three buddies. The three buddiesparents were initially not in favour of Round2 Hell, but as the channel gained in name, fame and subscribers enhances, their parents became delighted and approved their action.

When there was hardly anyone who was having faith in their talent, they had a fantastic buddy named "Alam Saifi," who assisted and motivated them. As of 2020, he has almost 18 million subscribers, and his earnings account for around $9 Million. This is a famous YouTube channel amongst the youth and teenagers. 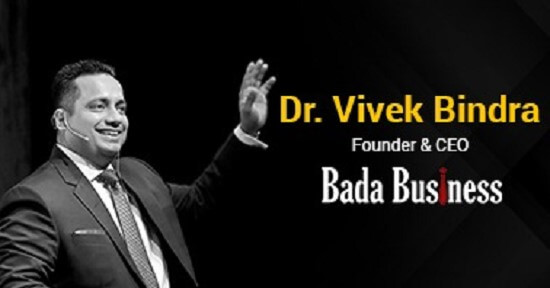 If you have keen interest in business and becoming a entreprenuer, this is the channel to watch.

Vivek Bindra creates videos in Hindi and thus has access to a large number of prospective entrepreneurs in India. He also provides training to his disciples.

He has been honoured with numerous honours for his magnificent work, including "Think Tank of Corporate Asia" and "Best Corporate Trainer by Maruti Suzuki." He is also said to deliver exceptional motivational videos.

Vivek launched his YouTube channel in 2013. Since then, his videos have encouraged thousands of people to do something unusual. It has more than 5 million subscribers in more than 180 countries; 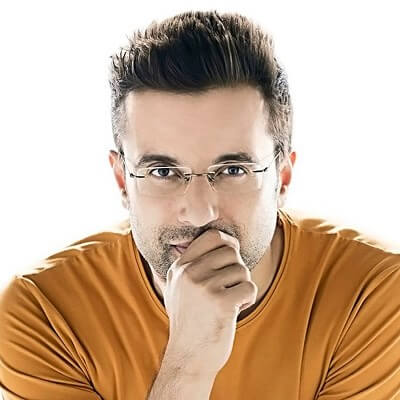 The CEO of imagesbazaar.com, Sandeep Maheshwari, is a renowned name in the top ten youtubers list in India. He commenced his profession as a freelance photographer in 2000 and has since progressed to become an inspirational speaker and business person. After Seven years, he sold his camera and went to work for a marketing company. Because he has had countless ups and downs in his life, he is more relatable as a motivational speaker.

Before imagesbazaar.com, he had created his own company, which he had to close down.

He has a Limca record for in the field of photography and has received numerous prizes and honours.

He  like any other middle-class guy in the country, had hazy goals and failed often, but his unwavering desire kept him going.

After finally achieving success, he chose to share his tips, slogan of successfulness with the kids. He trashed the archaic slogan that "Life is difficult" and has replaced it with a simple slogan, "Aasaan hai."

He frequently holds seminars across the country, which thousands of people attend for free!

His workshops, whether on YouTube or elsewhere, have aided many beleaguered young people.

As of 2020, he has almost 20 million subscribers, and his earnings account for around $6 Million. 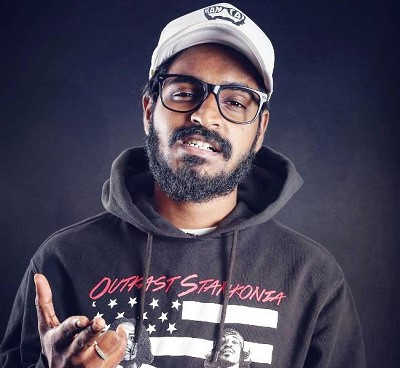 Emiway's father pushed him to commence rapping in Hindi, he agreed and went ahead with it, and then he released "Aur Bantai," his next Hindi single. The song was soon a hit with more than 2Million views.

Seeing this, he embarked on his rapping profession. Emiway wrote a flurry of new songs and posted them on YouTube, where they quickly became popular.

Emiway Bantai is essentially a mash-up of "Eminem" and "Lil Wayne," as he agreed in one of his videos.

He left school after completing his 12 th class and battled through journey with rapping with recordings like "Maal waali Aunty," which was taken off from his channel. Rap fans claim that his popularity skyrocketed after he released a diss song aimed at Raftaar.

It was his rap - "Machayenge" that not only gathered lot of views from the audience but also pushed him in the list of "independent" artists, as he claims.

As of 2020, he has almost 16 million subscribers, and his earnings account for around $4 Million. 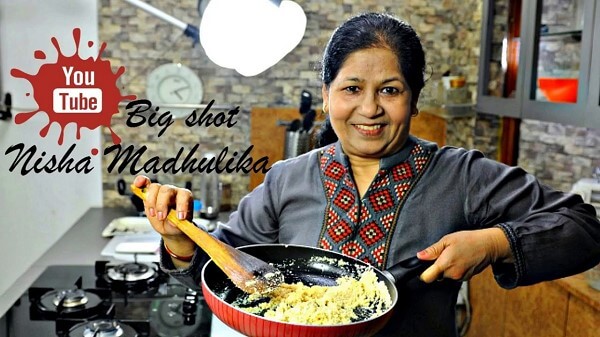 She is a popular and famous among Indian cooking and food fans. She is one of India's most prominent YouTubestars. She also writes culinary pieces for several websites and works as a restaurant executive.

Lok Sabha TV aired an episode with her titled "Shoonya se shikhar tak" in 2016, which received 1.6 million views on YouTube. She has turned down multiple sponsorship and promotion offers since she prefers to keep her channel unique to her viewers. Her love of cooking has led her far, and she was even featured in a coffee table book of YouTube top chefs.

Since she began in 2011, she has posted over 1,115 films showcasing vegetarian cuisine, all of which are free of garlic and onion. As of 2020, he has almost 11 million subscribers, and his earnings account for around $3-4 Million.