The first database management system was built to automate the business of the General Electric Company. It was built by a small group of programmers. The Integrated Data Store IDS for the company was designed by Charles W. Bachman, who received the ACM's 1973 A.M. Turing Award for his accomplishment. It was the first database management system that allowed the user to organize, store and retrieve data from the computer.

At the initial stages of the computer, when the database management system was not developed, the punch cards were used to enter and retrieve the data from the system. Herman Hollerith first used these punch cards to store memory in the machine. They were efficient in transferring the data between the system but had their limitations regarding reusability and accessibility. They were hardware and not software.

Then the file system was developed. When the secondary memory of the system was improved, it allowed the user to store the data in the memory of the system in the form of files, folders, and directories. The user can append, delete or read the data from the files. The limitations of the file system are that it was not secure and did not allow multiple users to access the data all at once.

Currently, we use databases to store and manipulate the data stored in the system. In the 1950s, Charles W. Bachman designed an integrated database system. At the same time, IBM also developed a DBMS of its own. The DBMS built by IBM was named IMS. It is defined as the collection of related data.

Edgar Codd first realized the shortcomings of the CODASYL approach and the IMS model. While working on the hard disk systems in IBM, he wrote the first paper mentioning the relational database management system. 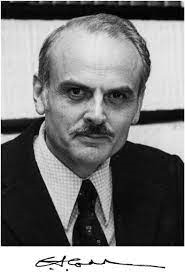 In this method, instead of using the free form linked list that was earlier used in CODASYL, now the data will be stored in the form of tables. It was the first time that storing the data into Relational databases was introduced.

IBM discarded the idea of Codd as it has already invested a huge amount in developing the IMS model. This paper was noticed by Michael Stonebraker and Eugene Wong, who then researched the relational databases further. They developed a project named Interactive Graphics and Retrieval System (INGRES). It was the first relational database management system that used QUEL as the query language to perform operations. Then, IBM realized its mistake and developed a furthermore advanced language called SQL. It was even better than the QUEL language previously because it provided more functionality.

It was then that RDBMS became the most efficient and trusted method to store the structured data. Using RDBMS, storing, transferring, and manipulating data became fast. It is widely used now a day too. The only limitation with the RDBMS is that it could not deal with the unstructured data as this data is schema-less. The relationship between the tables became more and more complex with the increase in the data. The schema of the RDBMS is quite complex. And when most of the data is produced in the form of images, videos are unstructured data. It became necessary to find an alternative to resolve this issue which led to the development of even more advanced databases. To incorporate non-relational data in the database management system, the NoSQL model of the database management system was developed. It uses a distributed database system to store schema-less data. It enables the user to process unstructured data and handle even a very large volume of the data efficiently. It does not require a rigid schema and is cost-effective. Using the NoSQL data model, the user can store images videos in the database that was not possible with earlier relational databases.