What is the Full Form of IRL

IRL stands for Institut Ramon Llull and is a collaboration between the Govern de les Illes Balears, the Generalitat de Catalunya, and the Ajuntament de Barcelona. Its goal is to represent and spread Catalan culture and language internationally in all of its forms. The Institut Ramon Llull assists member organizations in accomplishing this by fostering their external ties within the realm of culture. The Institut Ramon Llull was established due to an agreement between the Generalitat de Catalunya and the Autonomous Community of the Balearic Islands, which was proclaimed in Resolution PRE/1128/2002 on April 30 after being signed on April 5, 2002. (IRL). The objective was to create a system for promoting the Catalan language, the culture it stands for, and all other cultural forms from Catalonia and the Balearic Islands. 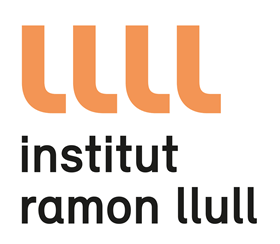 Additionally, it serves as a tool for establishing and fostering ties between the many areas that speak the same language. The two public agencies above comprise the IRL, which is legally regarded as a consortium. The Instituto Cervantes will receive assistance, the State government declared. In addition to Xavier Rubert de Ventós, Sebastià Serrano, Josep Carreras I Coll, Antoni, Pere Gimferrer, Terms, Anthony Bonner, Isidor Mar I Mayans, Joan Triad, and Josep Massot, there were 21 intellectuals on the IRL's board when it was established on June 3, 2002. The institute's first director, Joan Maria Pujals, was also chosen.

Some Others Full Form of IRL

Like many New Zealand organizations, this one included a Mori identity in its logo. In this case, the Mori identity was "Te Tauihu Ptaiao," where Te Tauihu refers to a waka's prow or leading edge, and Ptaiao denotes science. The expression serves as a metaphor for how science and technology can provide New Zealand enterprises with new prospects.

IRL has offices in Auckland and Christchurch and its headquarters at Gracefield in Lower Hutt. After operating for ten years, IRL commissioned a book called The Littlest Clue that traced the careers of various scientists as they transitioned their inventions from the research lab to the marketplace. Over 100 entries were submitted to the What's Your Problem New Zealand? The contest, which IRL held in 2009 with a chance to earn up to $1 million in research and development services.

3. Institute for Research on Learning

IRL also stands for Institute for Research on Learning. John Seely Brown, who was the Palo Alto Research Center's chief research scientist at the time, and James Greeno, a professor of education at Stanford University, co-founded the Institute for Research on Learning (IRL) in Palo Alto, California, with the help of David Kearns, the CEO of Xerox Corporation, in 1986, thanks to a grant from the Xerox Foundation. From 1986 to 2000, it worked as a stand-alone, multidisciplinary think tank to examine learning in its manifestations and settings.

IRL's first director, George Pake, who started Xerox Palo Alto Research Corporation in 1970, relocated with the organization first to Hanover Street in Palo Alto and later to Willow Place in Menlo Park. Greeno served as IRL's Associate Director from 1987 to 1991 and served briefly as Acting Director in 1991. Peter Henschel served in that capacity from 1992 to 1999.

IRL was a non-profit research organization that used interdisciplinary, collaborative teams to study learning in formal and informal contexts such as classrooms and workplaces. Real-world issues and contexts were used to create the research topics, which were developed in collaboration with those who supported these initiatives in businesses and schools. Through the creation of the concept of a community of practice, the institute significantly influenced knowledge management and education in the US and internationally.

IRL also stands for Ipswich Rugby League. Queensland's Ipswich is home to the Rugby League Ipswich, a rugby league football league. The South East Queensland Division, which also oversees Brisbane and Gold Coast competitions, is in charge of running it under the auspices of the Queensland Rugby League.