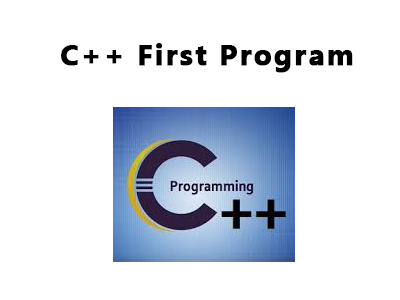 Let’s write a simple basic program structure of C++, its compilation and its execution (how it runs). This program is compiled using GCC compiler.

Output of above program

After writing C++ program, save the program with any name (first) with .cpp extension (first.cpp).

After that write a command to run the program with command a (generated .exe file name).

If we want to generate executable (.exe) file with different name, write a command g++ first.cpp â€“o first. This generates an executable file of name first.

Let’s understand the above code structure.

#include refers a preprocessor directive used to include header file, other files etc. before compiling the program.

main() is the function from where the program main execution starts and int is the return type of function main(), int returns integer value.

cout<< is output stream use to display data on the screen. Its working functionality is provided in <iostream> header file.