A data structure that stores a piece of systematized information is termed a database. The databases usually contain several tables and consist of various fields. To understand this, let us consider an example of a company database. A company database may consist of tables assigned, namely for products, employees, customers, and financial records. Each table would consist of different fields related to the data kept in the table.

It is impossible to call out data science without using the term data. So, data plays a crucial role in the world of data science. In most cases, the data required is stored in a DBMS which is a database management system on a distant server or the user’s hard drive. Thus, one can neither store nor retrieve information without communicating with DBMS.

Now, we will see various kinds of databases used in python language. After seeing each of them and realizing which one to use when we find out the best database for Python.

The SQL libraries are used with relational databases (RDBMS). Relational databases can store information or data in different tables; each table contains several records. One or more relations are then considered to connect the created tables.

SQLite library was firstly a library of C language built to implement a small, fast, independent, serverless and consistent SQL database engine. Today, the SQLite library has been built into core Python, which means one isn't required to install it. One can use it. In Python, this database communication library is known as SQLite3.

It is not the best choice to use the SQLite library in a situation when concurrency is a great fear for the application as the scripting actions are sequential. In addition to it, SQLite is feeble once it comes to multi-user applications.

The situations when SQLite should be used.

MySQL library is one of the popularly used and famous open-source RDBMS connectors. It uses a server/client architecture consisting of a multi-threaded SQL server. It allows MySQL to perform well because it easily uses multiple CPUs. MySQL was initially written in C/ C++ and extended to support various platforms. Scalability, security, and replication are some of its key features.

To use MySQL, the installation of its connector is required. It can be done easily by running the following command on the command line:

The situations when SQLite should be used.

PostgreSQL is the suggested relational database while working with Python web applications.

To communicate with a PostgresSQL database, the user needs to install a driver enabling Python to perform that operation. psycopg2 is a very popular driver.

This driver can be installed by running the following command on the command line.:

PostgresSQL library is more complicated to install and get in progress than the MySQL library. Although it offers multiple advantages, the complexity here is an issue to deal with.

The situations when PostgreSQL should be used.

NoSQL databases offer greater flexibility in comparison with relational databases. The data storage structure in such types of databases is designed and enhanced for specific necessities.

There are four main categories of NoSQL libraries. The name of each category of libraries are as follows:

Now, let us look at the following four NOSQL libraries.

MongoDB is a well-known database. It remains on the tongue of emerging developers. It is an open-source, categorized as document-oriented data storage system. We commonly use The PyMongo is taken into account to enable communication between one or more MongoDB cases through Python code. A Python ORM (Python object-relational mapper software) named MongoEngine is written for MongoDB on top of PyMongo.

To use MongoDB, The installation of an engine and the actual MongoDB libraries is required.

The situations when MongoDB should be used. 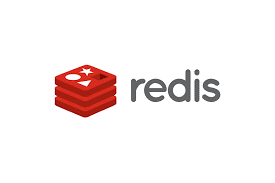 Redis is another python NO SQL library which is open-source and categorized as an in-memory data structure store. The data structures such as strings, hash tables, lists, sets, etc., are supported here. Redis library provides high accessibility through Redis Sentinel and automatic partitioning with Redis Cluster. Redis is also considered the fastest database in the world.

The user can set up the Redis library by implementing the following instructions from the command line:

The situations when Redis should be used. 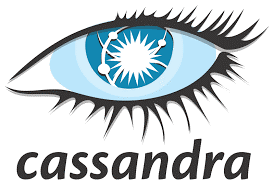 Apache Cassandra is another Python NoSQL library. It is categorized as a column-oriented NoSQL data store intended to write heavy storage applications. Cassandra can provide scalability and high availability without negotiating with the performance. Cassandra also provides a lower potential for multi-user applications. It isn't very easy to install the Cassandra library and start working here. However, interested users can do this by referring to the official website of Cassandra.

The situations when Cassandra should be used.

Neo4j library is a NoSQL graph database constructed from the ground up to influence data and relationships among them. Neo4j library joins data as it is stored, enabling queries at a higher speed. It was initially executed on Java and Scala and extended to be used in different platforms, such as Python.

It is a graph database library and has one of the finest websites and technical credentials systems. It is clear, concise, and covers all questions regarding the queries occurring while installation, how to begin with it, and finally, using the library.

The situations when Neo4j should be used.

It is difficult to say which database is best. The meaning of best can vary with the requirement of the user. Thus, the best database can vary from need to need.