In this tutorial, we will see what comment blocks mean in Python. Further, we will see the commenting methods supported in Python. We will understand the topics deeply with the aid of a few examples.

Through Programming, creativity and the level of thinking of one’s mind get reflected. Good programming is the one that is written in easy-to-understand language, as well as whose debugging can be done quickly. One should be able to reuse it whenever they want in the future. Commenting is a good way of showcasing the thought flow, which can later help understand the intention behind the particular line of code.

Now, let us understand the meaning and difference between good and bad comments.

Considering the below example of a bad comment (not self-explanatory) -

The following example shows a more descriptive comment which is more beneficial.

1. Single line comment – This comment begins with a hash character (#) and is followed by text that contains added explanations.

Let us understand this kind of comment through an example.

Example 4: Comments can be positioned even at the end of a line in the following manner:

It is entirely vague for write the comment in a proper text format. 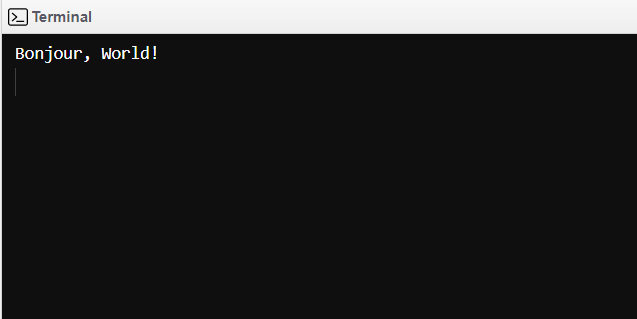 2. Multiline comments – A python is accomplished in understanding a single line comment and the total comment block. Python does not offer a separate operator; instead, the following methods achieve it.

Through the utility of Multiple Hashtags (#)

In Python, one can consider multiple hashtags (#) to write multiline comments. Here, each line will be regarded as a separate single-line comment. 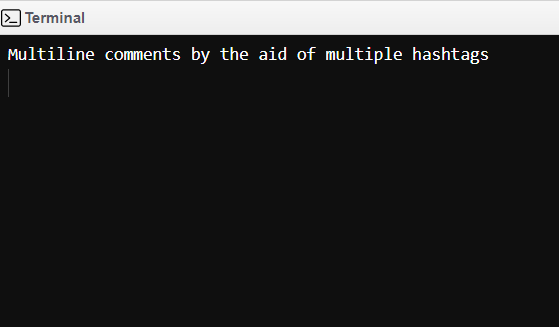 Explanation: On executing the above code, we won’t receive any output, so a single quote can be used to comment out a statement in Python. 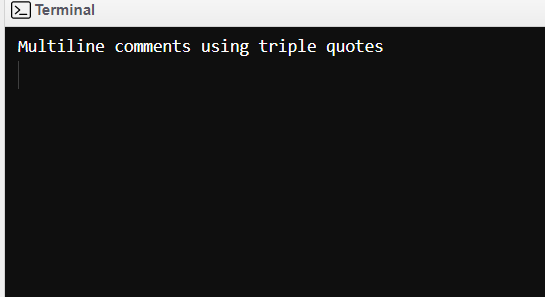 Version 2 is moderately simpler than version 1. It is intended to be used for the creation of documentation, but in addition, it can also be used for multiline comments.

It should be noted that the latter version needs to be bounded within special quotation marks (" ") to work instead of hash characters.

The documentation strings allow associating human-readable documentation with Python modules, functions, classes, and methods. They are not the same as source code comments.

A docstring begins with an uppercase and ends with a period.

Now let us understand the documentation string with the aid of an example. 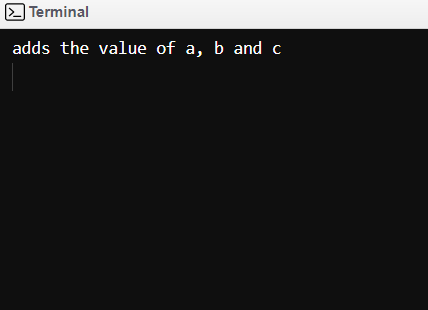 It is common to begin a python file with a specific line of comments. These lines prove helpful for the programmer as it contains the description of the project.

Most programming languages, such as C, Java, etc., use syntax for block comments that consist of numerous lines of text.

Now, let us see the usage of comments in the actual program.

Example 1: Program to see the calendar of the given month and year.

Example 2: Program to find the L.C.M of two numbers entered by the user.

In this tutorial, we have learned how to comment in Python. We saw various ways of commenting in Python.

It is not that difficult to write suitable comments in Python. One can easily do it with the power of understanding. Commenting in python is not that complicated, and just the power of endurance is needed. It supports all of us trying to comprehend the code, including the programmer himself, for when they visit their own code again. It becomes more accessible for the user to understand the code with the aid of comments.

We hope that the advice we have given you here makes creating better comments and documentation in your code more manageable.