What is an Image?

Images are the pictures that will define the world, and it has their own story, and consists of information about them and these are useful in many ways. It is also a visual representation of anything produced by displaying it using an electronic display such as a Laptop, Television, etc. It is also an idea that pictures on our minds and keeps that as a picture or image. It is of 2D and 3D visualization.

This imaging technique is obtained by a process known as "Image Processing."

It plays an important role in a real-world scenario and is the main and important part of computer vision, like self-driving cars, robotics, face and mask detection. Image processing helps us in many ways to manipulate and processes many images at a time and has a wide range of applications in many fields.

In this context, we will learn about algorithms, tools and techniques that process the image to get the correct result.

What is Image Processing?

The name says that image processing means processing an image that includes different techniques and tools. This will result in an image or a type of feature that is used for future analysis.

The result will be displayed as an image and can be represented as a 2D function I(x, y), where x and y represent spatial coordinates. At some point, the intensity for images will be defined as the amplitude of "I" at a particular value of x and y. If this value of amplitude and x, y is finite, then we call it a "digital image." It consists of an array of pixels arranged in rows and columns. “Pixel” means it contains complete information about the image, like the intensity of an image at a particular point and the color of an image.

As discussed above, an image can be in 3D where x, y and z will be spatial coordinates. The pixels of the image are arranged in the form of the matrix, known as an "RGB" image.

There are many types of images. They are:

RGB image: This consists of three layers of the 2D image, and the three layers are which are red, green, and blue channels.

Grayscale image: This image consists of shades of black and white, containing only a single channel.

Another definition for image processing is a method to perform some operation on an image, which is done to get an enhanced image or to enhance a piece of useful information from it. It is also a type of signal processing in which input is an image, and output can also be an image or characteristics or a feature associated with that particular image.

Why do we Use Image Processing?

We all know image processing is among the rapidly growing technologies and forms the core research area within engineering and computer science.

We have various programming languages and frameworks to work with, but one of the popular approaches is using Python. Python has many built-in libraries and tools with which we can not only perform actions on these images like thresholding and augmentation. We can also process the images using deep learning or machine learning algorithms to perform classification operations.

Some popular frameworks or libraries here are OpenCV, Py Torch, TensorFlow, NumPy and many more.

There are many python frameworks and libraries used to process an image. They are OpenCV, NumPy, Py Torch, TensorFlow, and many more.

Let us discuss these concepts one by one:

In this article, we are going to see how an image is going to process in Python.

We use the following command to install the pillow

Now by installing this, we can do as many things with images. We can play with these images.

From the above example, "pc" is a pillow object, and we also retrieve some information about the opened image.

We can also change the image from one form to another form.

When we see the folder, we observe that the same image format will be from one form to another.

When we want to change the size of the image, we use the thumbnail () method of the pillow.

The image will be as follows 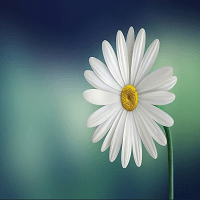 Image filtering is modifying an image by changing the shades of colour of the pixel. It is also used to increase brightness and contrast. In this article, we will learn about several types of filters.

Image processing filters are mainly used to suppress high frequencies, that is, by smoothing an image or by lowering and enhancing or detecting the edges in that particular image that can filter either by using a frequency domain or in a spatial domain.

The spatial domain is nothing but a matrix the other way to filter our image is by using a kernel, or it can also be referred to as a filter used to extract any information from this. We have the mode and maximum filters for some of the popular filters.

We have various programming languages and frameworks to work with, but one of the popular approaches is using Python. Python has many built-in libraries and tools with which we can not only perform actions on these images like thresholding and augmentation. We can also process the images using deep learning or machine learning algorithms to perform classification operations.

When an image gets cropped, most of the features are lost. What if there is an important feature which is present at this edge? To prevent that, we will add some extra layers of pixels. All of these external layers will include in our final transformation.

This imaging technique is obtained by a process known as "Image Processing."

It plays an important role in a real-world scenario and is the main and important part of computervision, like self-driving cars, robotics and face and mask detection. Image processing helps us in many ways to manipulate and processes many images at a time and has a wide range of applications in many fields.

In this context, we will learn about algorithms, tools and techniques that process the image to get the correct result.

Python Image Library is used for manipulating images and working with the different formats of images. In the new version, it is known as "PILLOW". There are two methods to display the images in python that is:

PIL displays the image in the photo viewer like the default image viewer software. Still, we will mostly use the "matplotlib" library of python to display the images within the console.

Here we are going to import the necessary imports. So, from the pill, we will import images which are the main component of the pill and image. We get to create an image object, and then you can manipulate the image object with different methods.

We will import matplotlib because when you display an image in pill, it usually uses your default operating systems application. These images will open from an operating system to view images.

We also have numpy, matplotlib and inline to show all the images.

We have steps to follow in this python image library.

We can read the image using the Python image library's open function of the image module. This function takes the URL path of the image as a parameter. We can also pass all the image file extensions like jpeg, jpg and png. This method is going to create an image object.

We have a path to the image. Here we have two images and two objects, so we want to display the images.

We have another method for displaying the images that are"Displaying."

There are two methods to display the image, as we discussed already. One is to show the function of the image object displays image in the photo viewer that will be the function called show(), and "imshow()" is a function of Matlab plot library, and it takes the image as a parameter and plots the image in axes.

Here we go by using these methods.

We can see images' properties like size, format and mode.

It displays width by height. We already have rows followed by columns, but in pill, there will be columns followed by rows.

When we display an image, we should save an image.

We can store the image using the save function that takes the directory path, including file(filename+file format)

Here newimage.jpg is the path name.

We can also copy an image. That is, we can duplicate an image using the copy function of PIL. It has no parameter, and it returns an image object.

Sometimes we want to make transformations to the image, and we don't want to disturb the original image objects so that we can make a copy of it, which is a very simple image. copy().

We are displaying it with PLT.