Python is a widely used high-level language. The initial work on developing python was begun in the late 1980s. In 1989, Guido Van Rossum started to work on it. Initially, during Christmas, it was started as a hobby to keep him busy.

The name Python is named after a television show called ‘Monty python’s flying circus’, which aired on BBC.  Guido wants the name to be unique and mysterious, and as well as he was a big fan of the show. It was first released in the year 1991 with the objective to provide high developer productivity and easy code readability. 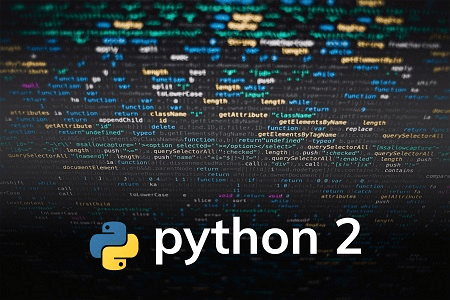 In the year 2000, on October 16, python 2.0 was released. It was included with many new major features. The features include Unicode support and memory management by the garbage collector, in addition to reference counting. However, the major change incorporated is to the development process itself by shifting to a community-backed and high transparent process.

The history of python 2 is displayed below in chronological order.

As python 2 is discontinued in 2020, there are still a few reasons to learn python 2,

The development of python 2 will be halted from the first of January 2020. This means the improvement and fixing of bugs that occurred will not take place. It is advised for the users to upgrade to python 3 as soon as possible.

The development must be stopped for the faster upgradation of python. Python 2 was released in the year 2000. As drastic improvements needed to be done in the development of python, In the year 2006, working on python 3 was started. When it was released in 2006, many users were not updated to it. Hence, the improvement of both python 3 and python 2 is continued for the users. But it is hard to improve and publish both python 2 and python 3.

Furthermore, some of the improvements can’t be handled by the version of python 2 as well as it’s hard to publish both versions, and it also reduces the workforce and efficiency of developing python 3. First, the discontinuation of python was announced in the year 2008, and it will be discontinued in the year 2015. But it was extended to 2020 in the year 2014 as many users haven’t upgraded to the higher versions. Hence, from the first January 2020, no new updations and bug fixes will be incorporated into python 2.

Hence, it is advised for all users to upgrade from python 2 to python 3 as the support and updations for python 2 are discontinued as well as Python 3 is the future of python.