Hypothesis Testing in python is widely used along with statistics.

Many libraries in Python are very useful for statistics and machine learning.

Before we start with Hypothesis testing firstly we have to understand about the hypothesis:

A hypothesis is a conjecture or explanation which is based on little data that serves as the basis for further research. But, keeping that definition in mind let’s continue with a simple explanation.

Hypothesis is a proposition made on the basis for reasoning without any assumption of actual result that will be deduced from the proposition.

Let’s say, when we make an argument that if we sleep for 8 hours then we will get better marks rather than if we sleep less.

The word "hypothesis testing" refers to a statistical procedure. In Hypothesis Testing there is a testing of any assumption over a population parameter.

It is employed to judge how plausible the hypothesis is.

When it comes to the digital world, Hypothesis Testing is a machine learning based task which is generally done by python.

It is a crucial step in statistics. Using sample data, a hypothesis test evaluates which of two statements about a population that are incompatible with one another is more strongly supported. A hypothesis test is what we allows us to state that a result is statistically significant. 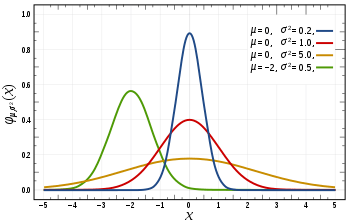 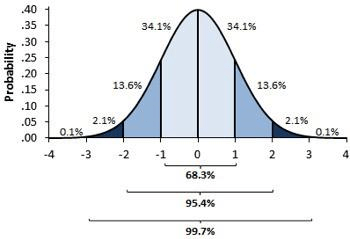 The null hypothesis is a broad assertion or default stance in inferential statistics that there is no correlation between two measurable events or no link between groups.

In other words, it is a fundamental assumption or one based on an understanding of the problem or subject.

For instance, a corporation may produce 50 items every day, etc.

In hypothesis testing, the alternative hypothesis is the theory that differs from the null hypothesis. Typically, it is assumed that the observations are the product of an actual impact (with some amount of chance variation superposed)

For instance, a corporation may not produce 50 items each day.

It is impossible to accept or reject a hypothesis with 100% precision,so we choose a level of significance that is typically 5%.

This is typically indicated with the mathematical symbol alpha, which is typically 0.05 or 5%, meaning that you should have 95% confidence that your output will provide results that are comparable in each sample.

Despite the fact that the null hypothesis was correct, we reject it. Alpha is used to indicate a type I mistake. The alpha area is the portion of the normal curve that displays the important region in hypothesis testing.

When the null hypothesis is accepted but is incorrect. The sign of a type II mistake is beta. The section of the normal curve that displays the acceptance region in a hypothesis test is referred to as the beta region.

If just one side of the sample distribution has an area of rejection, the test of a statistical hypothesis is said to be one-tailed.

For instance, data science is being adopted by 80% of a college's 4000 students.

A two-sided critical area of a distribution is used in the two-tailed test to assess if a sample is more than or less than a specific range of values. If any of the key areas apply to the sample being tested, the alternative hypothesis will be used instead of the null hypothesis.

For instance, a school= 4,500 students, or data analyst = 83% of organisations embrace.

The likelihood of discovering the observed, or more extreme, outcomes when the null hypothesis (H 0) of a study question is true is known as the P value, or computed probability. The definition of what is considered to be "extreme" depends on how the hypothesis is being tested.

When your P value falls below the selected threshold of significance then the null hypothesis is rejected . It is agreed  that your sample contains solid evidence that the alternative hypothesis is true. It does not imply any  significant or important  difference i.e. : that it is prominently subjective while considering the real-world cases.

Let’s take a case with a coin that you have and you don’t know that it is fair or it is tricky.

So let’s decide it with the NULL and Alternate Hypothesis.

Then after trying for 6 consecutive times then P-value=1.5%

As we have set our significance to 95% that means that our error rate is 5% level.

We are beyond that level so our null hypothesis holds a good stand so we need to reject it.

Degrees of freedom are the number of independent variables that can be estimated in a statistical analysis.

For better understanding of the hypothesis testing, let’s look on some widely use

The t-test is a kind of inferential statistic that is used to assess if there is a significant difference between the means of two groups that could be connected by certain characteristics.

It is typically employed when data sets, such those obtained from tossing a coin 100 times and recorded as results, would follow a normal distribution and could have unknown variances.

The T test is a method for evaluating hypotheses that allows you to evaluate a population-applicable assumption.

There are Two Types of T-test:

For reference:  You have to check whether the average age of the 10 ages taken is 30 or not.

The Independent Samples t Test, also known as the 2-sample t-test, examines the means of two independent groups to see if there is statistical support for the notion that the related population means are statistically substantially different. It is  an  example of a parametric test.

The dependent sample t-test is another name for the paired sample t-test. It is a univariate test that looks for a meaningful distinction between two closely related variables. An instance of this would be taking a person's blood pressure before and after a certain therapy, condition, or time period.

H0 :- Refers to the difference between two sample is 0

H1:- Refers to the  difference between two sample is not 0

We have taken blood pressure  tests , before and after a certain treatment of 120 people.

The main purpose for using the Z-test is that it follow certain criteria in comparison to the T test which are given below:

We can do the two sample test for Z Test also

Similar to a t-test, we are comparing the sample means of two independent data sets to see whether they are equal.

We taking the same blood pressure test for sake of convenience

The t-test is effective for comparing two groups, however there are situations when we wish to compare more than two groups at once. For instance, we would need to compare the means of each level or group in order to determine whether voter age varied depending on a categorical variable like race. We could do a separate t-test for each pair of groups, but doing so raises the possibility of false positive results. A statistical inference test that allows for simultaneous comparison of numerous groups is the analysis of variance, or ANOVA.

The F-distribution does not have any negative values, unlike the z- and t-distributions, because the within- group variability is always positive as a result of squaring each deviation.

On the basis of their mean similarity and f-score of two or more groups, it  determines if they are similar or not.

Checking the similarity among three types of plants on the basis of their category and weight.

When we have two independent variables and two or more groups, we utilise the two-way F-test, which is an extension of the one-way F-test. The 2-way F-test cannot identify the dominating variable. Post-hoc testing must be carried out if individual significance needs to be verified.

When there are two categorical variables from the same population, the test is used. It is used to decide if the two variables significantly associate with one another.

For instance, voters may be categorised in an election poll according to voting choice and gender (male or female) (Democrat, Republican, or Independent). To find out if gender affects voting choice, we might perform an independent chi-square test.