What are the Purposes of Python? 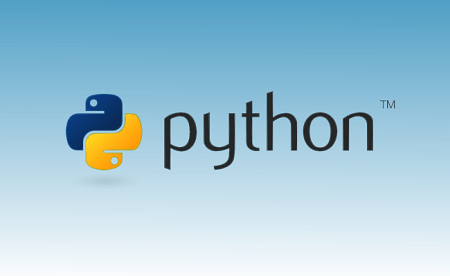 Python is major as it has been used by many non-programmers, including accountants and scientists, for various routine activities like managing finances since it's very simple to learn.

Unlike many object-oriented high-level programs, Python is simple to learn as it comes with many in-built functions and packages.

What is Python used for?

We had made clear that Python is a most popular and booming language, so it has become a must-learn skill.

Due to the ample tools and packages available in Python, it has spread its usage in almost every sector. Mostly Python has its usage in the following sectors:

Python is an excellent choice for many machines learning (ML) and artificial intelligence (AI) projects because it is reliable, adaptable, and straightforward. Python is one of the languages data scientists prefer to use, and there is a tonne of Python machine learning and AI tools and packages.

Packages such as NumPy, panda, sklearn, and many others are essential in ML and AI. Available in built-in Python, we can install those abstract methods.

Python has found its major usage in this sector as it has many flexible tools and packages that are used in machine learning. It flexes the research to save time as they can use the available in-built tool.

Data analytics is another quickly evolving subject that uses Python programming. Data analyzers collect and organize information and use Python tool for faster gathering and organizing of data as compared to ever before.

Python comes with features that make visualization very simple using packages such as pandas and NumPy, which are available in Python. We can easily take an overview of the data.

These packages come up with many methods, which facilitate users to analyze the data without any extra effort. They can simply use these methods and analyses the data.

Python has wide scope in data science and data analytics. The language is user-friendly, adaptable, and well-supported, making data analysis reasonably rapid and simple. It helps manipulate data and repeat operations while working with enormous amounts of information.

An additional, prominent and expanding field of interest is data visualization. Once more, it utilizes several of Python's advantages. In addition to its adaptability and open-source nature, Python offers a wide range of graphing libraries with various functionalities.

Python is built on many graphing and visualization libraries such as matplotlib, seaborn, and many others. These come up with many methods which help plot graphs and pie charts for visualizing the data.

Web development is an excellent fit for Python. This is because numerous Python web development frameworks are available, like Django, Pyramid, and Flask. These frameworks were also used to build Mozilla, Reddit, and Spotify, among other websites and services.

Python has applications in the gaming business while being far from a standard. The programming language can be a helpful tool for quickly creating a prototype because it can be used to make simple games. Similar operations are possible in Python, such as creating dialogue trees.

In Python, we have the most popular library that is used in game development is pygame

using this pygame module, we can develop many simple, just as simple English saying we can write the code as we imagine and with the help of many inbuilt functions of pygame module we can create a multi-user game in no time.

Many Developers use Python to develop large game prototypes using Python, and they can build the abstract game view in less time.

Python has tools that help in debugging and bug tracking. In Python, you can write the code in the general language, so for testing large software, developers prefer python code to go with manual testing. Even if we write the simple code for testing using Python, it would be used again and again for the process of testing. Therefore, Python even has its usage and dominance in software testing.

Using Python, we can develop GUI (Graphical User Interface). We have an inbuilt package in Python that is Tkinter using, which we can use to develop any GUI application.

Many developers use Python for creating GUI-based applications as it is easy to code in Python. Python also has toolkits such as wxWidgets, Kivy and PYQT that are used in developing GUI Applications for desktops.

As a beginner, you can use these tools and the Tkinter module for creating some basic GUI applications such as the TIC-TAC-TOE game, simple calculator and To-Do list and even more complicated applications easily by using the modules and functions present in this Tkinter module.

Audio and Video based applications

Python creates applications that can output media and do several tasks. Python libraries have been used in the development of Video and audio applications like TimPlayer and Cplay. They offer superior performance and stability compared with other players.

It is even easy to build an audio video application using Python as it comes up with different modules like the mixer module, which facilitates the user to load the music create and playlist and play it whenever and whatever manner required any time in the application with the help of functions present in the module.

Additionally, with the help of using OpenCV, you can work on video-based applications in Python.

Python is a lifesaver when it comes to extracting a sizable amount of data from websites. This data can subsequently be useful in many real-world activities, like pricing comparison, job postings, research and even development.

Python can be used to develop software for embedded applications because it is based on the C programming language. This enables us to run higher-level apps on more compact hardware that can process Python.

As Python is simple and easy to use. Python is used in a variety of applications and different sectors. No matter the field, Python has its dominance and presence in each sector. So, we can conclude that Python has wide usage in the real world due to its flexible features and available packages in-built into Python we can develop any type application in any felid and nowadays python is being used majorly in AI and ML domain for faster and simple computing.