Python is currently one of the most widely used computer programming languages. This isn't just an exaggeration; Python is the second-most famous programming language on the software development platform Github, behind only JavaScript (which, as we'll discover in the next section, is a good thing).

The majority of coding languages were quite abstract. Python allowed programmers to express programming ideas in a much more natural and concise manner with fewer lines of code. This was pretty ground-breaking. Thus, Python quickly gained popularity despite being initially designed to be used for developing simple scripts. And it has flourished in the digital era.

The Python Package Index (PyPI), which comprises over 70,000 pre-existing code libraries, is one of Python's unique features. It is sometimes referred to as "batteries included" language. Python is utilized today on big and small projects, spanning many different fields, including deep learning, special effects, data analytics, and web development. New releases of the language are continuously making it better, and Python 3.8 is specially packed with helpful improvements.

What role does Python play in web development?

Python is a popular choice for web development because of its fundamental features.

First of all, Python is generally accessible, free, and open-source. However, more crucially, it is also very adaptive. Python enables programmers to design websites using a variety of different paradigms. It can be used for functional and object-oriented programming (OOP), for example (FP). Here, FP vs. OOP compares the two and explains their differences.

Python in web development in the real world

Whether you realize it or not, you use it frequently. Many of our favorite websites and applications use Python as part of their tech stack, from watching the newest shows on Netflix to checking your DMs on Instagram.

Since Python is so widely used, it's clear that adding it to your development toolset is a good idea. Some projects are developed in Python are as follows:

Users can understand how much simpler Spotify has made listening to music if you're old enough to remember the tiresome days of copying CDs onto your computer's DVD drive (the what drive?). Spotify widely uses Python in its web backend, which consists of numerous related services. About 80% of these, the company claims, are written in Python. 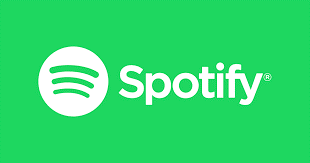 Additionally, Spotify offers a customized data analytics program called Luigi. Luigi, which drives Spotify's Radio and Discover features and suggestions for people you might like to follow, was created to swiftly prototype complex data operations.

The file hosting service Dropbox, which debuted in 2008, pioneered cloud storage long before it was fashionable! It still leads the industry in innovation today, and Python is mainly responsible for its success. Dropbox has utilized Python from its conception, both on the server and the client. Dropbox chose the language because it was cross-platform compatible and easily readable, which made it possible for them to quickly develop, test, and roll out new product features.

The largest video streaming site in the world, which has been diverting us from existential angst with kitten videos since 2005, is a prime real-world illustration of Python in web development. Python power the site in several ways, including view video, administrator video, data access, and website control templates.

Surprisingly, it didn't begin this way. 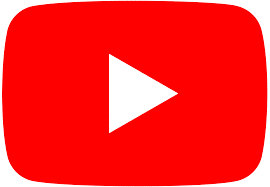 PHP served as YouTube's initial codebase. But after a few months, the founders switched to Python because of that language's superior speed, functionality, and adaptability. In our opinion, this is an effective Python commercial.

Python Web Project offers a fantastic opportunity to excel in your sophisticated research endeavor. Every day, our professionals update their technology and research development expertise from prestigious journals to impart their knowledge to students to help them land a top position in their future careers. Our high-tech development course enables our students to create their own Python Web Projects easily. Python generally supports every development approach, including web services, scientific computing, scripting, desktop programs, and web applications, all employed by several organizations, including universities, scientists, professional developers, and casual developers.

What makes us choose web frameworks?