Spyder is a free and open-source scientific environment created by and for Python engineers, scientists, and data analysts. It is a robust scientific environment created in Python by and for scientists, engineers, and data analysts. Also, Spyder provides built-in integration with numerous well-known scientific packages, such as NumPy, SciPy, and Pandas. Spyder's capabilities can be increased further through its plugin system, API, and many built-in features. 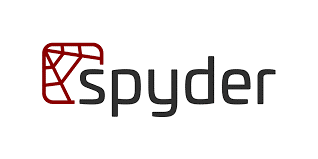 Additionally, Spyder can be used as a PyQt5 extension library, enabling you to expand on its features and incorporate its elements, like the interactive console, into your software, a robust interactive development environment with advanced editing, interactive testing, debugging, and introspection features for the Python language.

This becomes crucial when you work in data science, engineering, or scientific research, where interactive environments are constantly required to create software applications. The Python Spyder IDE was developed with the same intention. This article teaches how to set up and use Spyder, Scientific Python, and the Development IDE. It was created by scientists with scientists, data analysts, and engineers in mind. It also goes by the name Scientific Python Development IDE and has a long list of outstanding features, some of which are covered below.

Spyder's integration with the improved ipdb debugger in the IPython Console supports debugging. This makes it possible to view and control breakpoints and the execution flow directly from the Spyder GUI and use the common IPython console commands. Like lists, the Variable Explorer displays a preview of the values of Numpy arrays. Double-clicking them will launch a viewer that shows the array values as a "heat map," with the color of each value in a grid cell denoting how much of that value is present. The background color can be turned off by unchecking the relevant box in the viewer, which will be done automatically if the array is too big for performance reasons. A Spyder is an open-source, cross-platform integrated development environment that uses Python as its foundation. Spyder has integrated with several well-known Python scientific software packages, such as NumPy and SciPy, since 2012 a group of scientists.

Python developers and the community have been maintaining and constantly enhancing Spyder, which was first designed and developed by Pierre Raybaut in 2009. With both first- and third-party plugins, Spyder can be expanded. It supports interactive tools for data inspection and includes Python-specific code quality assurance and introspection tools like Pyflakes, Pylint, and Rope. It is accessible on multiple operating systems thanks to Anaconda, including Windows, macOS, and major Linux distributions like Arch Linux and Debian.

The Python bindings for PyQt or PySide can be used with Spyder, which uses Qt for its graphical user interface. Users can use either backend with QtPy, a lightweight abstraction layer created by the Spyder project and later embraced by many other packages.

The main component of the IDE, where you can create, open, and modify source files, is Spyder's multilingual Editor pane. The Editor provides various fundamental features, including auto-completion, real-time analysis, syntax highlighting, horizontal and vertical splitting, and many more. It also incorporates several strong tools for a simple and effective editing process.

The Anaconda Python distribution also includes the Python Spyder IDE by default. Not only is this the suggested approach, but it is also the simplest. Installing the Python Spyder IDE can be done by following the steps below. For both Mac and Windows, we provide standalone installers. We advise the cross-platform Anaconda distribution for Linux, which comes with Spyder and several other beneficial packages for scientific Python. Launching Spyder on Binder launching Spyder on Binder, you can also use your web browser to try it out.