Difference Between BufferedReader and FileReader

To read data from a specified character stream, two classes are used: buffered readers and file readers. Both of them have advantages and disadvantages. Although how they operate is the main distinction, we will also talk about the other specifics.

In the above program, the file “F1.text” is used to read the data. To successful execution of the program the system should have the file named F1.

The java.io package contains a class called FileReader that can be used to read a stream of characters from files. For decoding from bytes to characters, this class employs either the provided charset or the platform's default charset.

Charset: Methods for creating encoders and decoders as well as for regaining multiple names combined with the charset are defined by the Charset class.

Default Charset: During implicit computer start up, the default charset is determined. It is based on the operating system's underlying locale and charset. 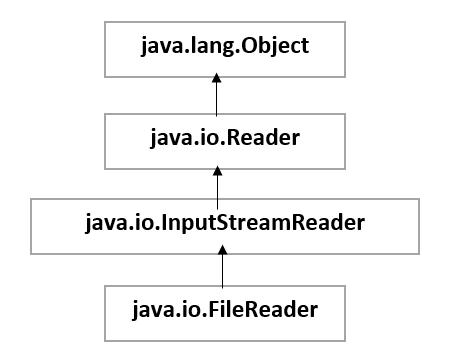 In the above program, the file “F1.text” is used to read the data. To successful execution of the program the system should have the file named F1.

Difference Between BufferedReader and FileReader.

The following important parameters are used to illustrate and discuss the differences between BufferedReader and FileReader:

Performance-wise, BufferedReader outperforms FileReader by a wide margin. The data is immediately read from a character stream that comes from a file via FileReader. It accesses the disc drive directly each time a character is read, which makes it incredibly inefficient because it takes some time for the disc drive to position the read head properly.

BufferedReader improves the efficiency of the stream by creating the input buffer from the hard drive to read the file.Although it can be changed, the default buffer size is 8Kb(which is sufficient in most situations). BufferedReader reads large amounts of data at once and stores it in the buffer memory that is produced. When there is no data in the buffer, it sends a corresponding read request to the underlying character stream and fills the newly generated buffer with a tonne of data.

BufferedReader is substantially faster than FileReader since it internally uses a buffer. BufferReader is quicker because it doesn't constantly access the hard disc like FileReader does.

The Difference between BufferedReader and FileReader is based upon the factors like Usage ,Efficiency, Speed and Reading lines.