Set Up the Environment in Java

The Java is regarded as the pure object-oriented programming language. The Java applications are first compiled into the byte-code and then run by using the JVM. The Java is the platform independent i.e., it doesn’t depend on the in which operating system we are writing or running the code. The Java consists of three important components they are JVM, JRE and JDK.

The JVM stands for Java Virtual Machine which consists of the runtime environment where is Java code can be executed.

The JRE stands for the Java Runtime Environment, it contains the set of libraries which are used in the writing the code. The JRE is the Subset of the JDK.

The JDK stands for the Java Development Kit, it contains the developer tools like Java compiler, jar, debugger etc.

For Setting up the environment in the Java in the different operating system,

Steps for setting up the Java Environment in Windows Operating System are:

After the successful download of the Java run the .exe file to install the Java in the System.

Step 3:
Then go to Control Panel > System and Security > System 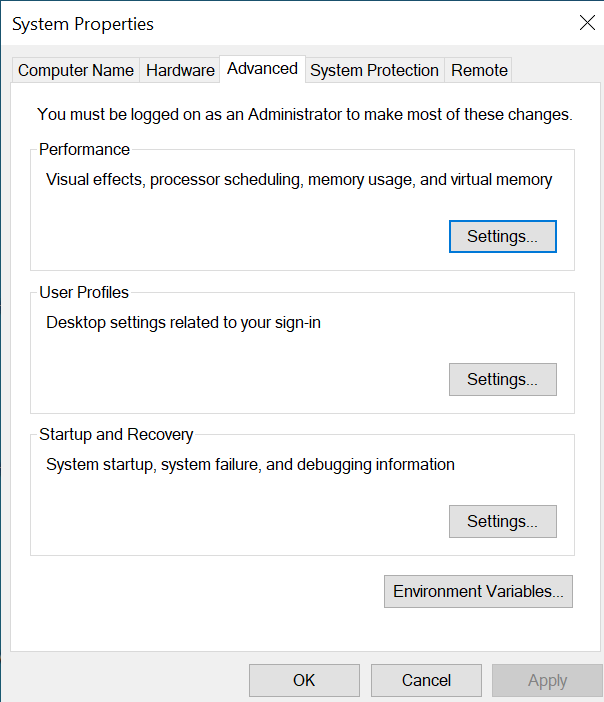 Then click on the Environment Variables which is in the bottom left corner of the Window.

After Clicking the Environment Variables, the window shows

In the System Variables , select the PATH and click on edit. 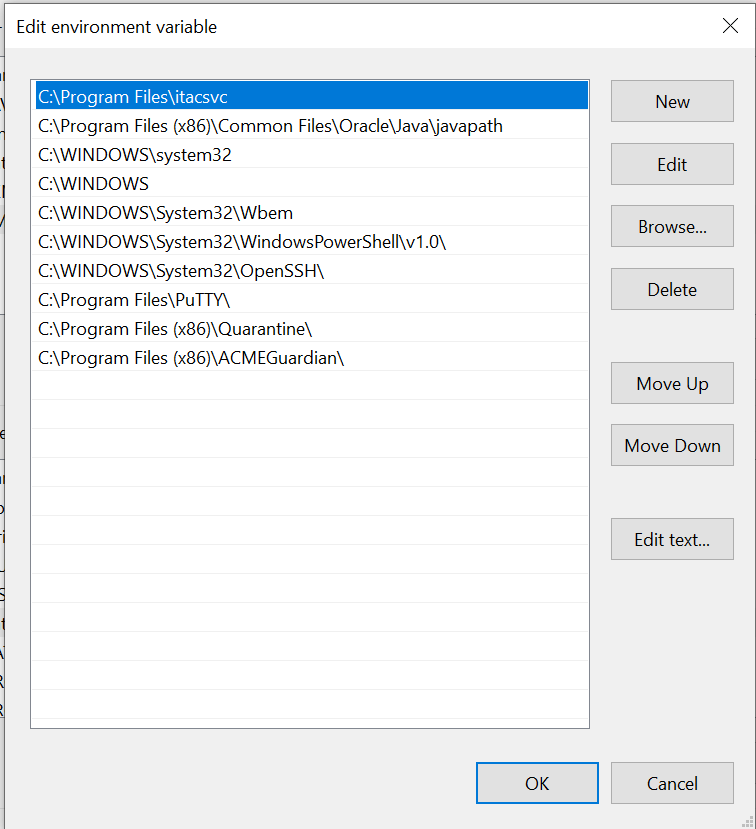 There are various path in that section. Now click on the NEW button and  the add the path where the Java is Installed. By default the Java is installed in the “C:\Programfile\Java\jdk\bin” . Add this path to new Path in the Environment variables.

Then Click on the Ok button which is on the bottom of the window and the setting of the Environment in Java is done in the Windows Operating System.

To check whether the Java is installed type the command ‘’javac-version”. It shows the current version of the Java which is installed in the system or else it Shows the “javac is not recognized as the internal or external command”.

Open the Application and the go to the Accessories. Then Open the terminal.

Then run the command

For the Environment Variable, run the command

For setting the path for environment type the command

(The above command is for the default path in which the java is installed.)

After the successful of the all the above steps , then the Java Environment for Linux operating system is done.

Open the terminal in the Mac form the applications.

If the java is installed then it shows the version of the Java installed in the System.

it shows the bash profiles present in the system. A new Bash Has to be created to set up the Environment variable.

Step 4:
For setting the Java variable , type the command

after running the command , if it shows the blank then the variable is not set.

To create the bash profile, type the command like

Now edit the bash profile which created in the step 5. Then run the command

To verify the whether the Bash profile is installed , run the commands like

It shows the path where it is installed.

By this, the setting of the Java environment in the different operating system is done.