boolean:- A boolean variable can store one of two values: true or false. It’s used in scenarios where only two states can exist.

float:- The float primitive data types are used to store decimal numbers. The float requires less space than double, but it can store a smaller range of values than double. float is less precise than double.

int:- int data type is a 32-bit signed two's complement integer. An integer is generally used as the default data type for integral values unless there is a concern about memory.

short:- Short data type is a 16-bit signed two's complement integer. The short data type can also be used to save memory as a byte data type. A short is 2 times smaller than an integer.

byte:- Byte data type is an 8-bit signed two's complement integer. The byte data type is used to save space in large arrays, mainly in place of integers, since a byte is four times smaller than an integer.

The boolean data type is used to store data with only two possible values. The value may be thought of as true/false, or yes/no or any other combination. The actual values that a  boolean can store are true and false. 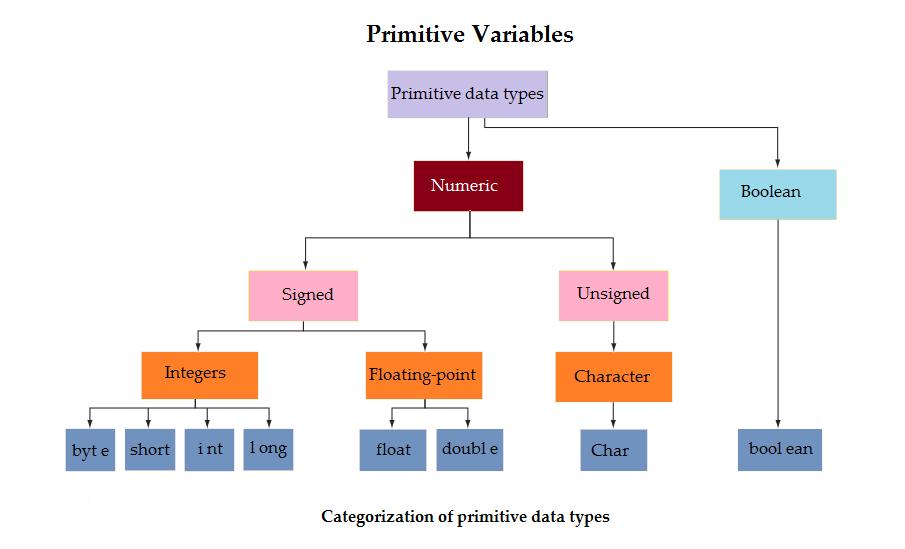