How to Run Applet Program in Java

An applet is a new type of program which is put in a webpage. By inserting applet into a webpage dynamic content can be created.

Characteristics of an Applet

Difference Between an Applet and an Application

We should know this difference because applet is not an application. It is an API. API stands for Application Programming Interface.

The precise processes for converting an application to an applet are listed below.

An applet is a unique kind of application that creates dynamic information by being embedded in a webpage. It operates client-side and inside the browser.

It is viewed using JVM. The JVM can use either a plug-in of the Web browser or a separate runtime environment to run an applet application

To initialize an Applet, JVM generates an instance of the applet class and calls the init() function. 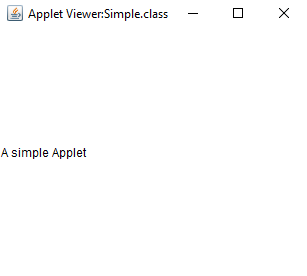 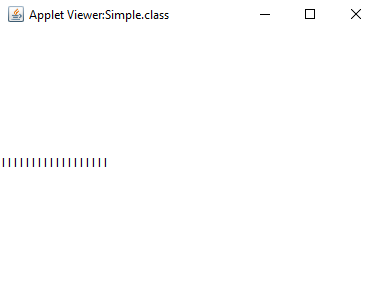 A paint() method must be declared in every Applet application. The AWT class defines this method and the applet has to take precedence.

The paint() function is invoked by an applet whenever it needs to display the results more than once. The execution of an applet program is another crucial point to note.

When a customer accesses the webpage, the Applet may be loaded on their computer. Java's security paradigm guards’ users from harmful applets.

Two strategies are used for security:

The sandbox establishes a setting where applets are subject to limitations. Owing to these limitations.

The applet class offers all required assistance for applet execution, including applet initialization and destruction. Additionally, it offers ways to load, display, and play audio clips as well as photos.

Hierarchy of an Applet 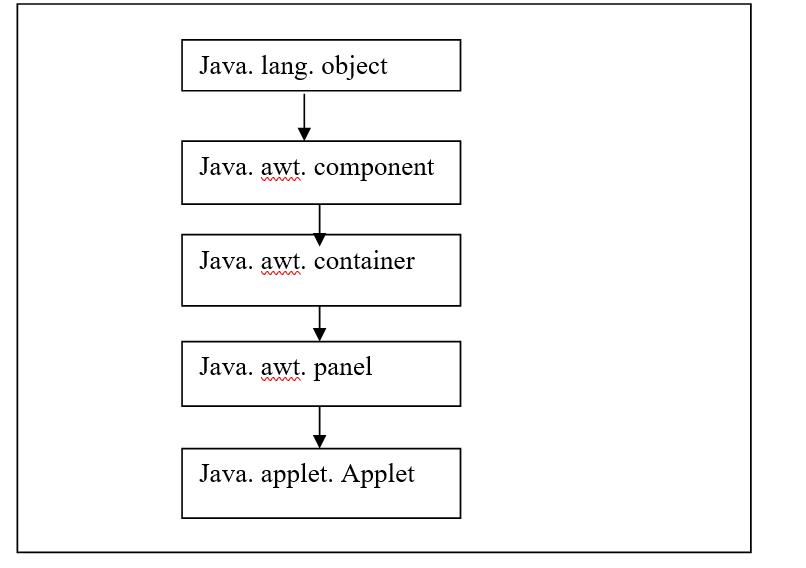 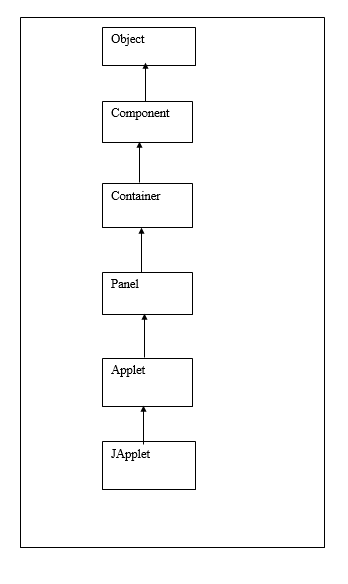 As seen in the diagram:

Life cycle of an Applet

When an applet is first loaded, it is in its "born" or "initialization" stage. It is accomplished using the Applet class's init() method . Applet then emerges.

When the start() method of the Applet class is called by the system, the applet enters the running state. After the applet is initialized, this happens automatically.

When an applet is stopped from operating, it enters an idle state. When we exit the page where the active applet is located, stopping happens automatically. Calling the stop() method directly does this.

An applet is considered to be in a dead state when memory is released. When we wish to close the browser, we automatically do this by calling the destroy() method.

The life cycle methods are present in both java.applet. Applet class and java.awt. Component class.

Methods in java.applet. Class are:

The init() method is used to initialize an applet. It can be invoked or called only once.

This method is invoked or called after init() method is declared or browser is maximized. Without this method the applet would not be in a position to start.

This method is invoked or called to stop the applet or browser is minimized.

This method is called or invoked to destroy the applet. This method can only be used once.

Method in java.awt. Component class is:

This method is invoked or called or used to paint the Applet. It provides Graphics class object that can be used for drawing oval, circle, paint colors etc.

All the applets may or may not override these methods, but they are used the most. They are

This method, "init" is used for whatever initialization our applet requires. After the param tags inside the applet tag have been handled, it is called. The first method to be invoked is init(). Variables are initialized at this point. During the applet's runtime, this function is only invoked once.

Start is a method that is automatically invoked by the browser following an init method call. It is also invoked if a user navigates back to the page where the applet is located after leaving it for another page. After init, the start() function is called(). An applet that has been stopped is restarted by using this method.

When a user navigates away from the page where the applet is located, an automated call to the stop function is made. As a result, it may be called more than once in the same applet. method stop() is used. When the applet is not visible, a thread that does not required to execute is called to suspend it.

This method, destroy, is only triggered by a browser's regular shutdown. We shouldn't typically leave resources behind once a user leaves the page that includes the applet since applets are designed to exist on an HTML page. When our applet has to be totally deleted from memory, we utilize the destroy() function.

Immediately after the start() function, as well as each time the applet has to redraw itself in the browser, the paint method is called. Actually, the paint() function is inherited from the java.awt. Component class

Who is responsible to manage the life cycle of an applet? 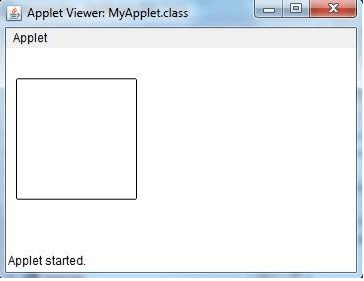 Running of an Applet

Similar to how we have been compiling our console applications, an applet program is created. There are two methods to launch an applet, though, Running the applet on a web browser that supports Java.

Making use of an Applet viewer, like the default program, applet viewer. a viewer for applets gives our applet window execution

Create a quick HTML file in the same directory to run an Applet in a web browser. Inside

Include the following code in the file's body tag. Applet class is loaded using the "applet" tag which is given below:

To execute an Applet with an applet viewer, write short HTML file as discussed above.

If name it as MyApplet.html, then the following command will run our applet program.

The older versions of Java (after versions from Java SE 12) do not support web Start apps or applets, therefore if we have attempted to execute a Java applet program using those versions of Java, we may get certain issues.

Several applets are deprecated, due to the removal of Java plug-in support from modern browsers and Oracle JDK / JRE.