How to Create an API in Java?

The API can be abbreviated as Application Programming Interface. An API is a combination of set of classes and interfaces. It is also equivalent to a simple java program. To know about API let us go in to the flashback of Java Development Kit (JDK)

The JDK consists of three important components. They are:

The Java Compiler converts the given Java code into byte code format.

Some well-known businesses provide developers open-source access to their APIs. These companies give customers access to APIs using a key so the business may control how the API is used.

The Applications which use these kinds of internal APIs are basically used in B2C.

By specifying the HTTP endpoint URL and the authentication for the API request, an API connector provides Azure AD B2C with the information required to contact API endpoints.

The Applications which these kinds of internal APIs used are B2B, A2A, B2C, B2E, etc.

The Partner Developers use Partner APIs which are created and used by organizations that build communications. Partner developers get access to these APIs using API keys.

The Applications which these kinds of internal APIs used are B2B, B2C, etc.

Features of an API

Streamline the processes that users may view a variety of alternatives on a single screen thanks to social networking programs like Twitter, Facebook, LinkedIn, and Instagram. This feature is made available using Java APIs.

Many businesses reveal private data as a result of the public release of APIs in order to inspire fresh ideas, address issues in current software, and discover new methods to enhance operations. An API that provides programmers with private API keys so they may access Twitter data and create apps is the Twitter developer account.

Banking and other important Applications

Advantages of an API

Content may be generated once and automatically published or made accessible to several channels by granting API access. Content from your organization is prepared for simple sharing and redistribution to further your goal by reaching more citizens.

APIs enable computers to manage workloads that would otherwise need humans to do manual tasks. One straightforward way to accomplish this is to have a single content change spread simultaneously over a number of different website parts. However, APIs allow your team and your agency to alter workflows more generally, allowing for fewer steps and more efficiency.

APIs may be used to disseminate services and information to new audiences and in certain settings that can be adjusted to offer individualized user experiences by enabling anybody to develop a new presentation layer, such an app, a website, or a widget. Apps or other websites that users frequently visit can be used to provide information or services about your organization to those who do not visit your website.

The American people have paid for the data and information that the federal government produces. Data that was previously solely accessible to a select few may now be more widely available thanks to APIs.

By combining your knowledge with that from other sources, the public can better comprehend it. A minor, crucial component of another service might be an agency service or data stream. Consider all the applications for location data, including route planning, service check-ins, and finding the closest gas station. Although it is not the primary function of the program, location data makes it work.

In order for information or a service to be used in mobile apps, API access must be provided. The first stage is granting API access to the elements that would go into a mobile app, offering flexibility in the delivery of information and services, regardless of whether the objective is to enable agency-created applications or third-party apps. As the API provides a shortcut to the second, third, and fourth applications, this is especially important if agencies want to create more than one app.

Like-minded companies and non-profit organizations that are interested in leveraging agency information and services to deliver services support each agency's goal. They accomplish this by ingesting agency content, repurposing it into fresh, valuable products, and displaying agency content to their clients and customers. Any citizen with a brilliant concept may develop the upcoming "killer app" for your community, which can encourage innovation.

The ability to adapt sessions with the information and services that are most helpful to the individual user, businesses, and non-profits.

APIs aid in supporting future usage that was not expected when needs evolve. Making data accessible via API can support data migration that is quicker and simpler, as well as better data quality review and cleanup. With the use of APIs, services may be delivered with more flexibility, for instance by employing a service to access a backend system to power a new product.

There are four types of Java APIs developed

Java APIs that are public or open are provided with the JDK. There aren't any rigid limitations on how developers may utilize them.

Only those who work for a particular organization can access private (or internal) APIs, which are created by that organization.

Partner APIs are created by companies for strategic business operations and are regarded as third-party APIs.

The most commonly used APIs are

This kind of technique is used to categorize Java APIs other than Private, Composite, Public, and Partner. These APIs are divided on the basis of their various properties offered. This includes:

Internal API services are created to provide businesses with services tailored to their needs. Only internal processes and complicated data activities are included in these services.

Developers can incorporate open-source external APIs into an already-existing application or website.

Next, let's look at the guidelines and conventions that Java APIs adhere to. The rules and protocols to be followed are very strict.

The examples of Java Developed APIs are:

They are depreciated from Java. So, the Applet API is not going to compile or run in a java compiler. 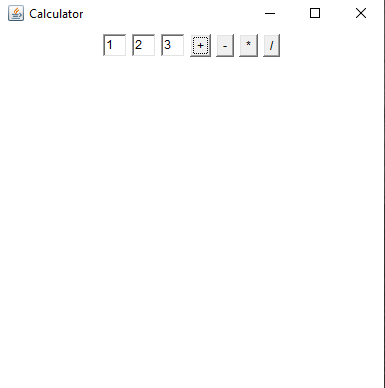 This is how the output window is going to look. Have fun with it guys.

The Swing API is a collection of expandable GUI Components that makes it easier for developers to create Front End/GUI Applications using Java. Since it features nearly all of the controls that are equivalent to AWT controls, it is built on top of AWT API and serves as a replacement for AWT API.

Differences between AWT and Swing

The Graphics class is the abstract foundation class for all graphics contexts that enable an application to draw onto off-screen pictures as well as onto components that are realized on various devices.

It is similar to paint in our computer. But for Graphics class we need to write a simple java program. We used Graphics class widely in Applets. But in newer versions Applets were depreciated. Let us learn about Graphics class using AWT package. 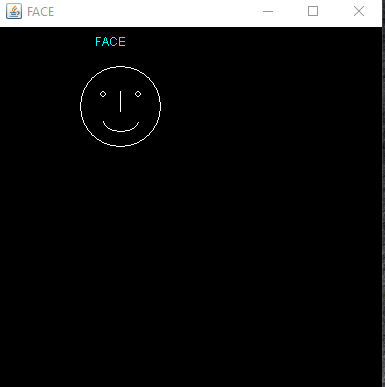 The Graphical User Interface is shortly termed as GUI. The elements of a GUI are kept in containers known as forms in Java applications. GUI forms can be created using a collection of user interface components that are provided by the Java programming language. The GUI is widely used to create forms.

The IDE offers a number of features to make creating GUIs simpler, including:

Navigator window shows a tree hierarchy of every element present in the form that is presently open. The things that are displayed include both visual and non-visual elements, such as timers and data sources, as well as visual elements and containers, such as buttons, labels, menus, and panels.

GUI Creator is the primary area in the IDE where GUI design is done. By positioning components where you want them and offering visual feedback in the form of guidelines, the GUI Builder lets you layout forms.

Palette Window is   a list of every element that can be included in forms. The window can be configured to merely show icons or to display icons along with component names.

Properties window reveals the editable parameters for the component that is presently chosen.

The Beans Binding specification, which offers a means to synchronize the values of various bean properties, is also supported by the IDE. The development of desktop database applications is also made easier by this support.

Provides for system input and output through data streams, serialization and the file system.

A stream is a sequence of data. In Java, a stream is composed of bytes. It's called a stream because it is like a stream of water that continues to flow.

When reading data from a source which could be a file, an array, a peripheral device, or a socket, a Java application utilizes an input stream.

This package is used for basic input and output statements of a java program.

This is all about APIs in Java.