It is a part of java libraries but is often known as I/O streams, file I/O, and file handling. The Java I/O concept satisfies the need for input processing and output generation. It has predefined classes used for performing input-output operations for files and input-output operations performed by a user through keyboard and console. To meet the requirements above, Java employs the concept of a stream. I/O operations become faster with this concept. It enables a program to write and read entire objects to streams. One of the main applications of Java I/O is to implement the concept of file handling in Java.

As we mentioned, stream a lot of time in the above passage, so you might be wondering what stream is and how much it aids IO operations; so let's take a look at the concept of the stream. As the name implies, it is being used to implement two functions: reading and writing data in a file. It is used to apply various tasks on a file. It does not require any different package; the java.io package consists of all file classes and allows its users to work with different file formats.

objects. This idea was first presented in Java 8 and is still used today. Java Stream has the following features:

Before delving into the various input and output streams available in Java, let's take a look at three standard or default streams that are also the most commonly used:

With the help of the code below, we can better grasp how System.in and System.out work. 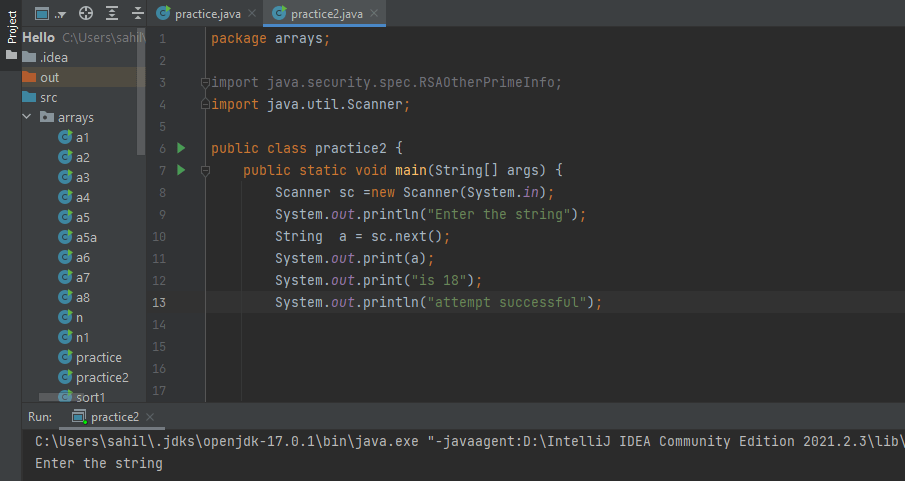 We have used the Scanner class to take input in the above code.

The above-highlighted line, which is used in the program at line number eight, is a Scanner class that can pass primitive types and strings using regular expressions where System.in represents the user’s keyboard.

The above-highlighted line, which is used in the program at line number ten, takes the input from the user, which is in the configuration of String (in the above case).

We have used the print() method to print the input taken from the user and other text which we want to print. Following is the output of the code.

We have used two types of print: print (parameter) and println(parameter). When using the print() method, the cursor remains at the end of the text, while in the case of println, the cursor moves to the new line. Let's understand this with the following example. 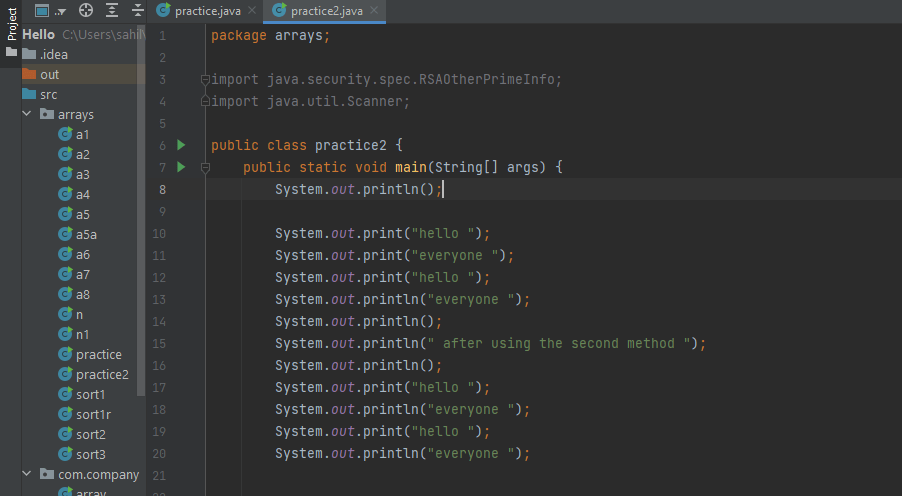 First, we printed a space so that our output looked a bit nice.

Then we have printed 4 keywords in a row.

Java provides two types of stream, which are explained below:

1. InputStream: Its purpose is to read data. Useful methods of InputStream are as follows.

2. OutputStream: Its purpose is to write data. Useful methods of OutputStream are as follows.

The most important Java.io classes are as follows: